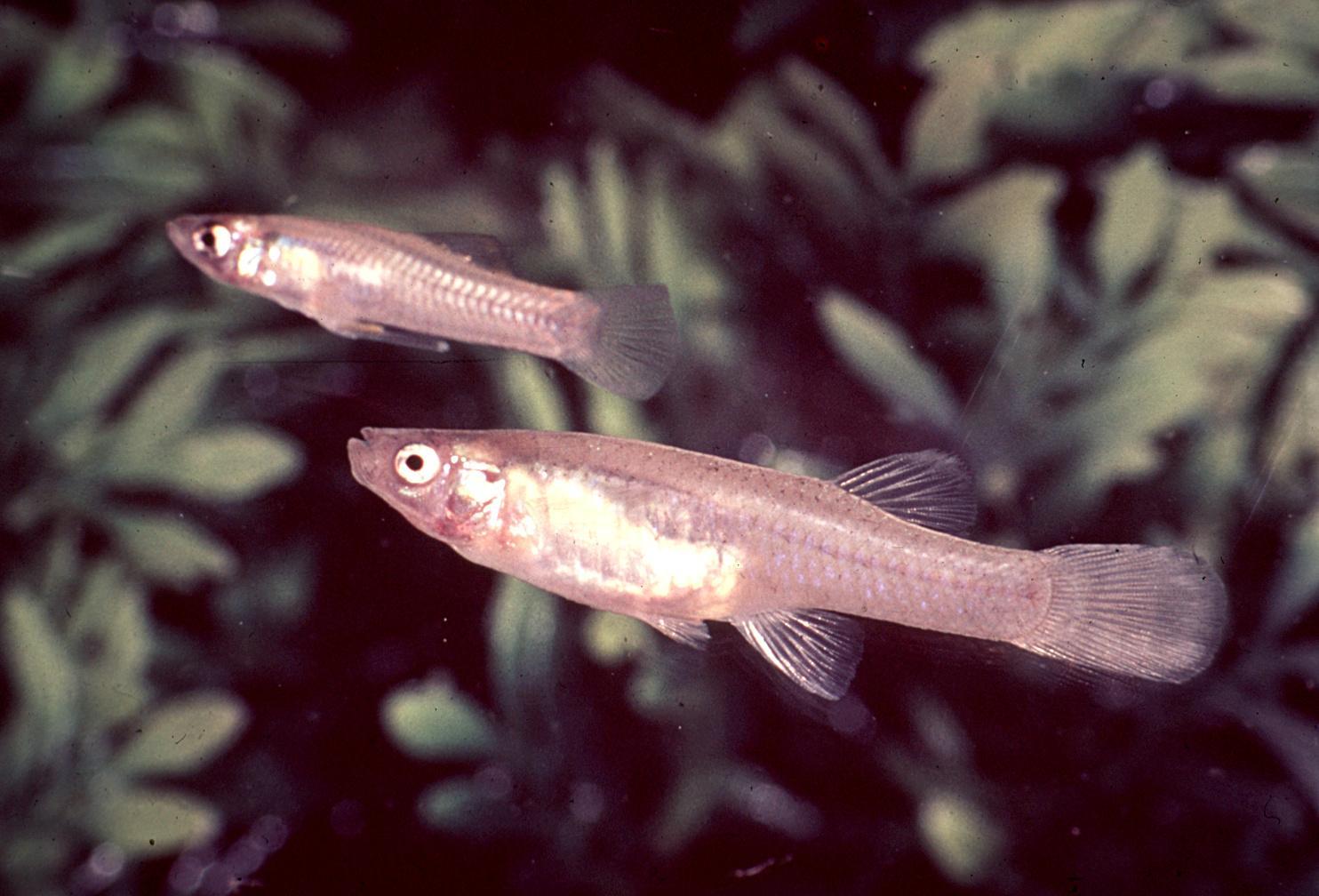 Twenty-three species from the Endangered Species Act (ESA) have been proposed to be delisted by the U.S. Fish and Wildlife Service, including a fish native to the San Marcos River — the San Marcos Gambusia.

The San Marcos Gambusia is a freshwater fish that was found in the slow-flowing section of the San Marcos River. It’s known as one of three gambusias located in the river.

The colorful gambusia known to be about one-and a-half inches in length was first put on the ESA list in 1980. The last confirmed sighting of the species was recorded in 1983.

“The San Marcos River is an incredibly sensitive ecosystem, our endangered and threatened species really thrive on the very kind of unique conditions,” said Kimberly Meitzen, professor of river studies and biogeography with the Geography Department at Texas State University. “Our sort of constant thermal temperature of 72 degrees from the river, and also the incredible high water quality that comes out of the aquifer into the river.”

While there isn’t one specific contribution that has led to the potential extinction of the fish, several factors play into the dwindling of its species such as extreme drought, competition between invasive species and water quality.

“It's really important to have that clean, blooming and abundant water coming from the aquifer to support the habitat requirements or endangered species need,” Meizten said.

Another way to help with conservation is the Recovering America’s Wildlife Act of 2021.

“This is an act that would make more supplemental funds available for the management of fish and wildlife species of greatest conservation need, and many of those are threatened endangered species, and also other species that the state recognizes as important,” Meizten said.

Those interested can visit www.congress.gov/bill/117th-congress/housebill/2773 for more information and how to show support.

The San Marcos Gambusia has not been officially ruled extinct. The U.S. Fish and Wildlife Service is encouraging information, data, and comments submissions from the public in relation to the proposal to remove the 23 species from the ESA and declare them extinct.

Alongside the San Marcos Gambusia, the Ivory-billed woodpecker, Bachman’s warbler and eight species of freshwater mussels were among the 23 species named by the FWS for removal from the ESA. FWS said the protections of the ESA came too late for species proposed to be delisted, with most either extinct, functionally extinct, or in steep decline at the timing of listing.

“With climate change and natural area loss pushing more and more species to the brink, now is the time to lift up proactive, collaborative, and innovative efforts to save America's wildlife. The Endangered Species Act has been incredibly effective at preventing species from going extinct and has also inspired action to conserve at-risk species and their habitat before they need to be listed as endangered or threatened,” FWS Secretary Deb Haaland said. “We will continue to ensure that states, Tribes, private landowners, and federal agencies have the tools they need to conserve America’s biodiversity and natural heritage.”

For the complete list of species and additional information, visit www.fws.gov.