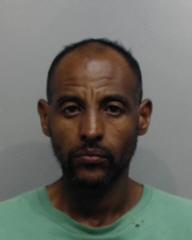 A San Marcos resident has been arrested in connection to a methamphetamine/heroin trafficking operation.

Michael Armstead, 47, was arrested on Sept. 4, and if convicted of his drug trafficking charge will face up to 20 years in federal prison. A total of 17 members and associates of the Texas Syndicate were arrested by federal, state and local authorities, including the San Marcos Police Department and the Hays County Narcotics Task Force.

According to a press release from United States Attorney John F. Bash, Western District of Texas , a federal grand jury indictment charges the 17 members with conspiracy to distribute a controlled substance.

“The defendants, allegedly, conspired to distribute methamphetamine/heroin in Austin, San Marcos, Luling, Gonzales, New Braunfels, Hutto, Kenedy, Seguin, Bastrop and Tuscaloosa, AL, since January 2018,” stated a press release. “During this investigation, authorities seized over 100 kilograms of methamphetamine and multiple firearms attributed to this organization.” Armstead is listed as “less than 50 grams of methamphetamine.” According to the press release, a detention hearing should occur over the next two weeks in U.S. Magistrate Court in Austin.