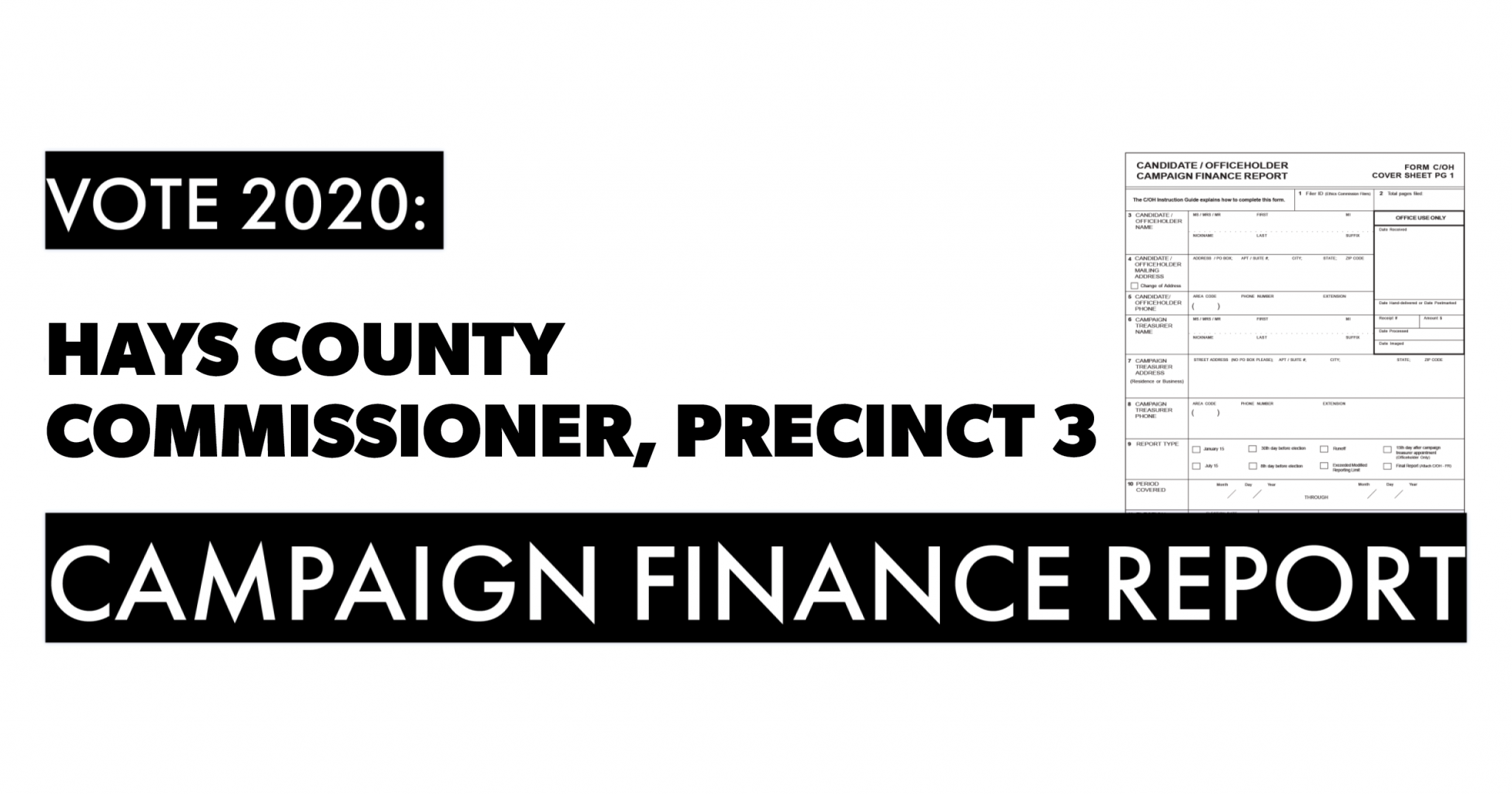 Editor’s Note: This is the second in a series of articles examining the campaign donations received by local candidates in the Nov. 3 election. In looking at the most recent campaign finance reports filed by candidates for San Marcos city offices and for Hays County Sheriff and Commissioner races, the Daily Record is highlighting the sources of candidates’ largest donations, donations from special interests and/or political action committees and donations that come from outside of Hays County.

Shell’s largest contributions ranged from $500 to $5,000 and are made up of construction and engineering firms and political action committees as well as local businesses and individual donors.

“The contributions to my campaign come from a diverse group representing this community, region and state,” Shell said. “Whether from individuals or the business community, I believe my support comes from those that want responsible representation at the local level.”

Prewitt’s donations were all under $100 except for five and were mostly individual local donors.

“The majority of my donors are all grassroots,” Prewitt said. “My larger donors are my family members and myself.”

Shell’s largest donation was $5,000 from William Johnson of Kyle. He had two other large local individual donations of $1,000 from John Doules of Dripping Springs and $2,000 from Jennifer and Scott Johnson of Wimberley.

Shell also received sizable donations from local businesses; $1,000 from Lanette and Dale Lowden at Lowden Excavation in Wimberley, $2,500 from Scott Harris at Harris Road Company in Wimberley and $2,000 from Charlene and Randy Myers with Myers Concrete.

Prewitt’s largest individual contributions were $400 from Kirk Mitchell of Austin, $250 from Leslie Carnes of Driftwood, $250 from Jim Camp of Manchaca and $200 from Jennifer Smith of Wimberley.

Prewitt’s overall largest and only contribution from a special interest group was $300 from the Hays County Women's Political Caucus.

Prewitt received seven donations from individuals outside Hays County all $100 or less from Crystal Alexandra in Culver City, Patricia Nilsson in Katy, Jill Holencheck in Austin, Peggy Sannerud in Winona, Emily Gavin in Philadelphia and Wendy Walter in Seattle.