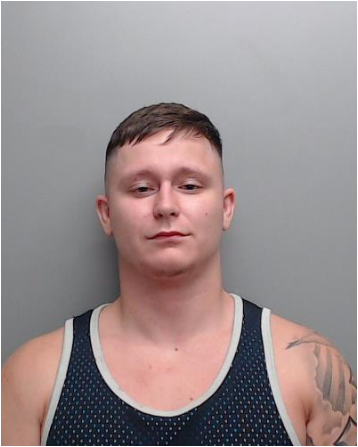 The San Marcos Police Department is asking the public to provide any information related to two community-initiated deadly conduct incidents that occurred within two days over this past weekend.

On Saturday, at approximately 1:55 a.m., officers were dispatched to the Cottages at San Marcos, 1400 block of Craddock, for a community-initiated call of a deadly conduct discharge of a firearm.

Witnesses informed the officers that they heard multiple gunshots near building 1100 where a large party was underway. The witnesses described two black males, one wearing a red shirt and jeans and the second wearing a white shirt and jeans, running away from the scene and leaving the area in a red Dodge Charger.

Officers recovered spent shell casings from the scene as evidence.

The next day, on Sunday at approximately 1:04 a.m., officers were dispatched to The Thompson, 1600 block of Mill St., for a community-initiated call of a deadly conduct discharge of a firearm.

Witnesses directed officers to a large party that had been taking place at building 11.  Witnesses described a confrontation between two groups of party goers who started firing gunshots without hitting anyone.

Witnesses advised that some individuals entered into a grey Ford F150 and fled the area, but they were unable to provide a description of the offenders.

Officers recovered spent shell casings from the scene as evidence at this incident as well.

Later on Sunday at approximately 3:38 a.m., officers were dispatched to The Retreat Apartments, 500 block of Craddock Ave., for a community-initiated call of a deadly conduct discharge of a firearm. Officers learned from the victim that he was having a party when unknown men attempted to enter the party.

The unknown men were denied entry and one of them threw a rock and broke a window to the apartment.  A witness heard another male from the group state they were going to shoot and then saw the subject fire one shot into the air.

The offenders then fled in a white Dodge Charger.

Based on witness descriptions, officers located the vehicle and identified the offender who fired the weapon. Checotah Lane Peachee, from Rowlett was arrested and charged with Deadly Conduct.

Officers recovered the weapon believed to have been used in the incident. During the investigation, officers were able to identify the offender who threw the rock. A warrant for that subject will be forthcoming.

Anyone with information regarding these incidents is asked to contact the San Marcos Police Department Criminal Investigations Division at 512-753-2300.