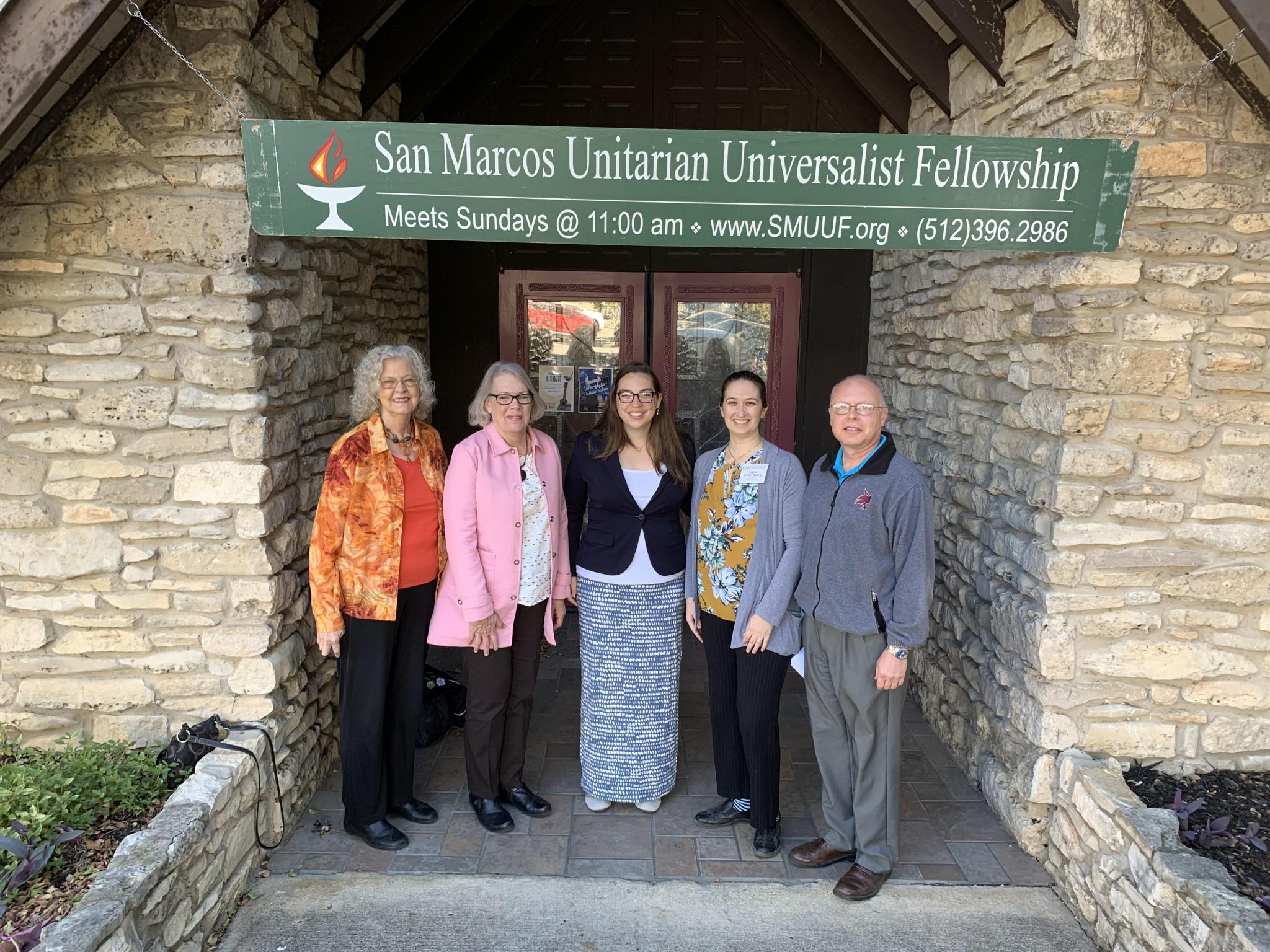 Recently, Allison Hess, International Engagement Associate at the UU-UNO in New York City, came to the San Marcos Unitarian Universalist Fellowship (SMUUF) to speak on “Gender Equity” for UN Sunday.  Jeannie Lewis, SMUUF Social Justice Chair, said, “Each year in October, UU Churches across the United States and around the world celebrate the founding of the United Nations in 1945 after World War ll.  Next year, we’ll celebrate the UN’s 75 anniversary.”

Hess said, “Our Unitarian Universalist Sixth Principle calls us to come together to work for a world community with peace, liberty, and justice for all.  Our United Nations Sunday Worship Service delved into what it means to be a world community in the context of intersectional gender equity.  How do people of faith answer the call to defend human dignity and rights?”

Hess described how the UU-UNO strives to affect decisions made at the UN.  “From involvement in the drafting of the Universal Declaration of Human Rights, to leading the faith caucus to establish the International Criminal Court, to overcoming UN apathy about sexual orientation and gender identity issues, the UU-UNO has a long history of providing strong leadership in all aspects of human rights at a policy level through UN consultative status.” 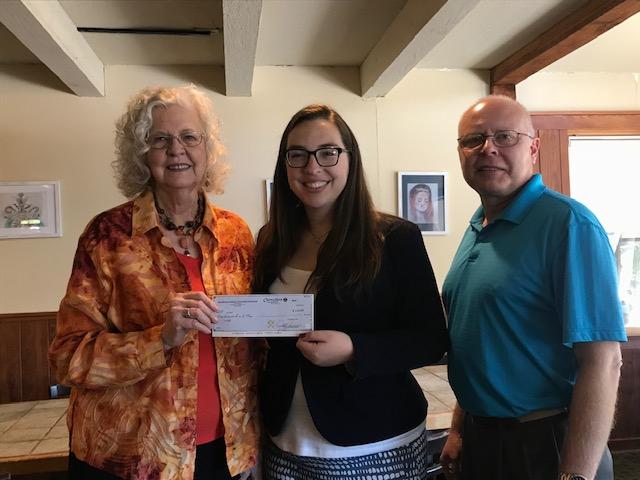 Lewis said, “In lieu of any reimbursement for her service, Allison requested that we donate to the UU-UNO instead.  We took up a collection during the offering in our Worship Service and collected $1,00!

Hess was extremely grateful for the SMUUF donation to the UU-UNO.  She said, “Gifts to the UU-UNO’s general fund keep our office open year to year and allow us to be present at the UN advocating for Unitarian Universalist values of human rights, inclusion, justice, and peace. It helps us to pay our staff, keep our lights on, and organize and host events at the UN that help to influence the conversation at the United Nations.  SMUUF has been very generous to us!”

For more information about SMUUF, visit their website at www.smuuf.org or contact Jeannie Lewis at jeannie@centurytel.net or call 512-353-2872.