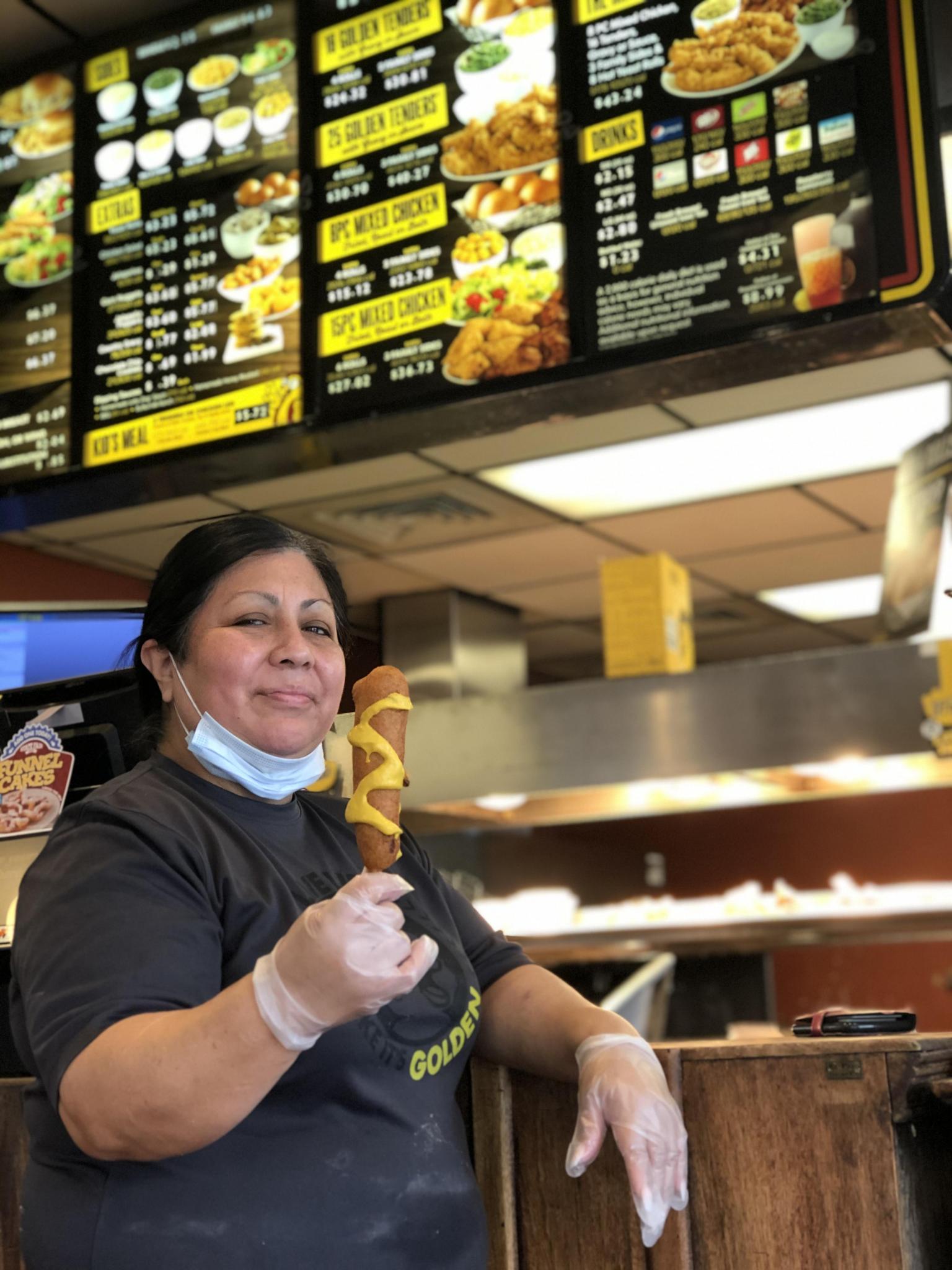 Fletchers has teamed up with Golden Chick and to make their tasty treats available at all 187 of their restaurants in Texas, Louisiana, and Oklahoma through Oct. 25. Above, Sonia Sanchez poses with a Corny Dog. Daily Record photos by Lance Winter

The State Fair of Texas is known for lots of things.

The glowing lights shimmering colorfully along the midway as the sun sets over Fair Park. Or perhaps one of the greatest football contests in the country, known today as the Red River Rivalry: Texas vs. Oklahoma. But, for most, it’s all about the food. It’s true, you can get your fill of delectable delights, but you haven’t experienced the State Fair of Texas if you haven’t tried Fletcher's Corny Dog.

This year, due to COVID-19, the State Fair has been canceled. But there's a small silver lining. Fletchers has teamed up with Golden Chick and to make their tasty treats available at all 187 of their restaurants in Texas, Louisiana, and Oklahoma through Oct. 25.

“The Golden Chick team has been working diligently alongside us to ensure they are providing the same hand-battered, made-to-order product our fans expect,” Fletcher’s said on its Facebook page.

Jim Stevens, president of Golden Chick, said the union - albeit temporary - made sense. 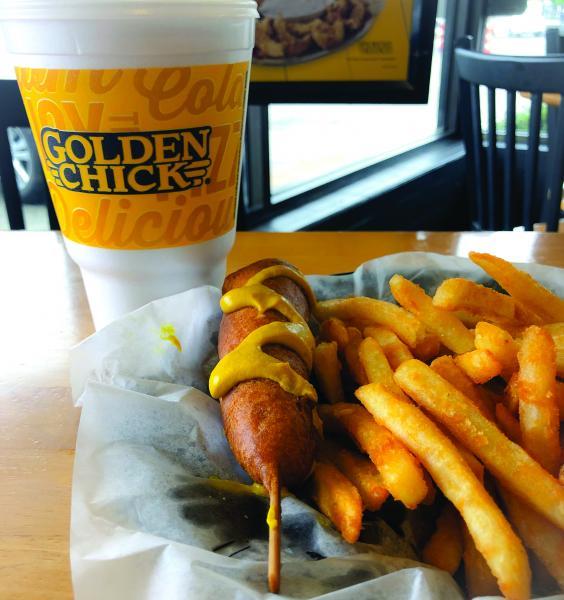 “Like many others, we were disappointed to hear that the State Fair was cancelled and after the year we’ve had we could all use a little comfort food,” said Stevens in a statement. “While we serve Original Golden Tenders, Fletcher’s is the creator of the Original Corny Dog, and what better way to make the two widely accessible than to serve them both at our restaurants and in our drive-throughs. We each have a presence at the annual State Fair of Texas and over 50 years of service in the Lone Star State - the partnership makes perfect sense.”

Fletcher’s sells more than 500,000 corny dogs and are sold annually throughout the 24 days of the State Fair of Texas. That’s 60,000 pounds of hot dogs.

When news broke that the state fair would be cancelled, the Fletcher’s team wheeled out their catering trucks to create pop-ups throughout North Texas to keep the tradition alive. Now, with its partnership with Golden Chick, its spread even further.

"Fletcher's Original Corny Dogs at the State Fair of Texas has been a time-honored tradition for millions of Texans since 1942,” said Aaron Fletcher on behalf of the Fletcher family. “When the news of its cancellation for 2020 hit, we knew that something had to be done to reach the hundreds of thousands of fans that would be disappointed they couldn’t get their hands on this time-honored favorite. We couldn't be more excited to team up with Golden Chick to bring our world-famous Original Corny Dogs to not just DFW, but all of Texas, Oklahoma and Louisiana."

“Trust me when I say that Fletcher’s Original Corny Dogs pair well with your Golden Chick favorites,” Sullivan said. “This is a delicious collaboration and there is even more in store.”

The Original Corny Dog is available at a price of $5 and as a combo with golden fries and a drink for $7.99.