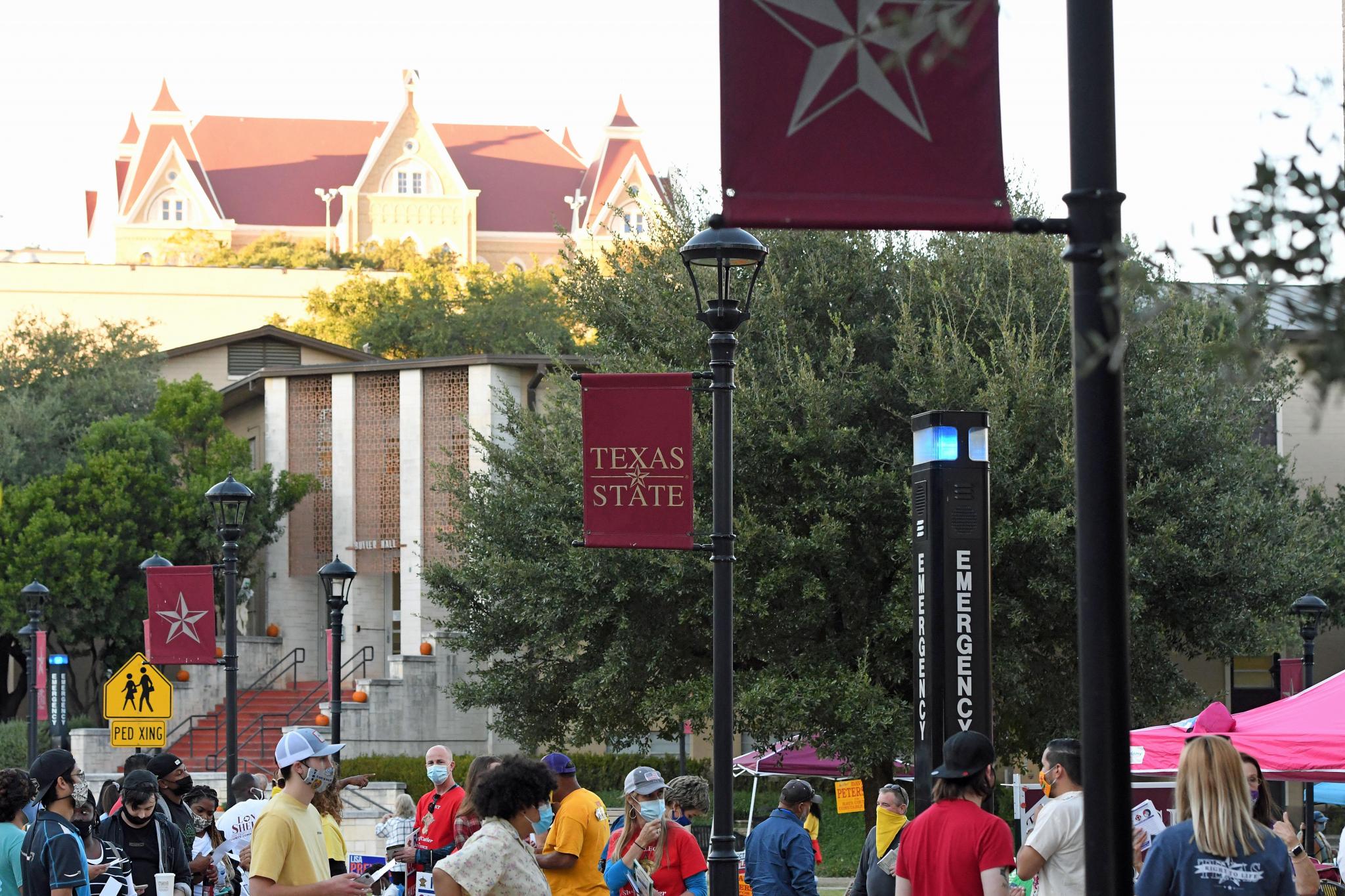 Texas State University had a $2 billion economic impact on the state, according to a study conducted by 2021-2022 Presidential Fellow, William T. Chittenden.   Daily Record file photo by Gerald Castillo

In a study conducted by 2021-2022 Presidential Fellow, William T. Chittenden, Texas State University had an economic impact that resulted in more than $2 billion in total economic activity for the state of Texas and the creation of nearly 16,000 jobs.

Chittenden, who also serves as associate dean for graduate programs and associate professor of finance in the McCoy College of Business Administration examined jobs and economic activity created as a result of spending by the university, faculty, staff and students, in Hays County, the Central Texas region and the entire state of Texas.

“The vast majority of the economic impact by visitors benefits Hays County,” Chittenden said. “Visitors to Texas State have a significant impact on the local economy. It is estimated that over half a million people come to events at the university facilities and collectively spent more than $84 million. That leads to the creation of over 2,400 jobs and $150 million of economic activity in the state.”

In Hays County alone, TXST generates a total economic impact of $1.1 billion annually and contributes to the creation of more than 9,500 full-time jobs, the study found.

The university has the equivalent of 4,532 full-time employees with 2,250 residing in Hays County, making it the largest single employer in the county.

Hays County and over 91% of the economic effect occurs in the region. On average, every dollar of Texas State payroll generates $2.06 in total economic activity across the state.

For more information and to view the full study findings, visit news.txstate.edu/research-and-innovation/2021/txst-economic-impact-creates-2-billion-dollars-in-activity.html.