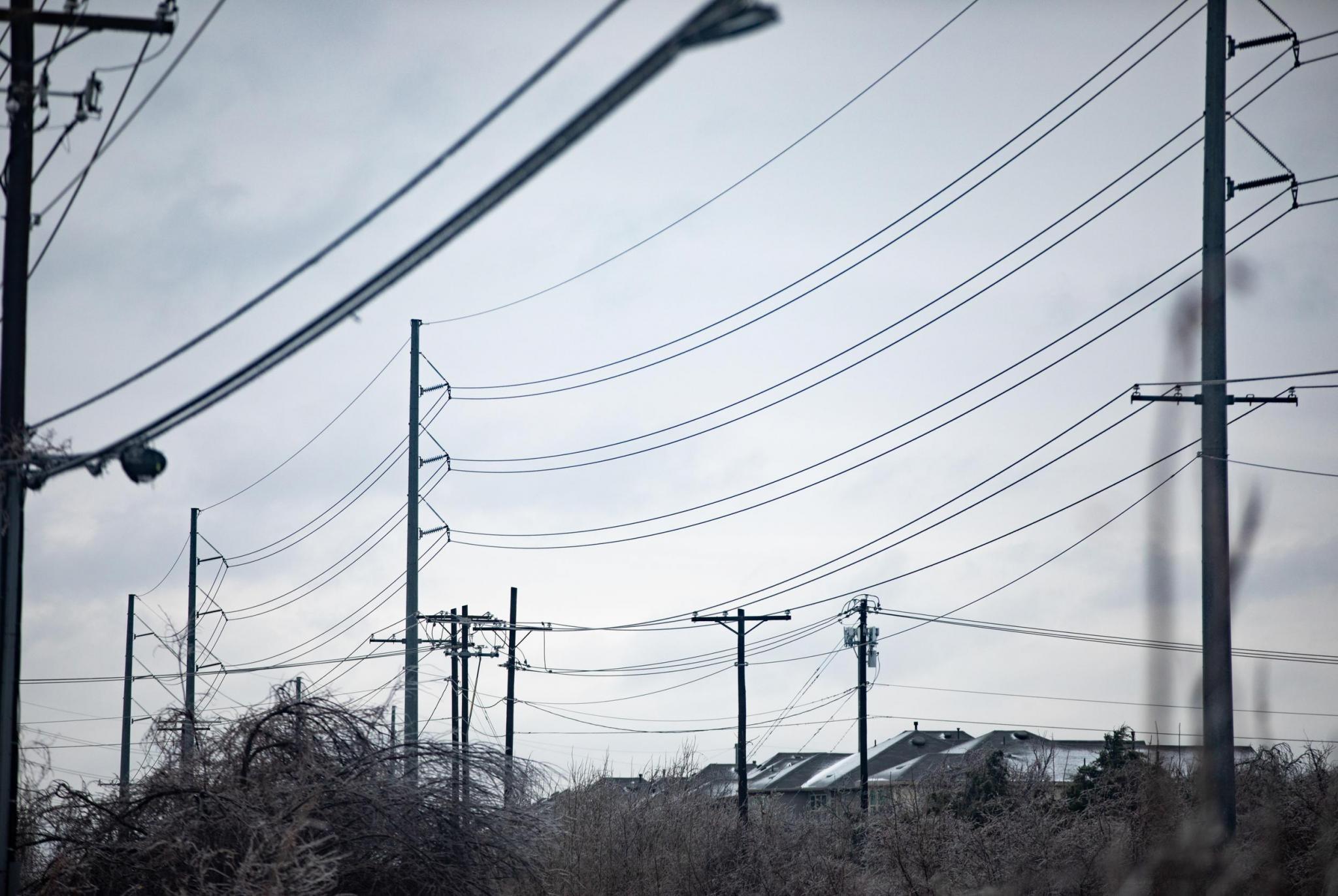 The state’s power grid held up during this winter’s strongest storm, but experts say last week’s weather didn’t test the grid as much as the storm that left millions without power in February 2021. Credit: Eddie Gaspar/The Texas Tribune

As a blast of winter weather bore down on Texas last week, Texans braced themselves for a traumatizing repeat of Winter Storm Uri last February: days of huddling for warmth without power or water in the freezing cold.

Anxious shoppers packed grocery stores as the cold front approached. State and local officials, chastised for a lack of communication around Uri, blanketed the airwaves with warnings about the incoming winter weather. Gov. Greg Abbott warned Texans that no one could guarantee that power would stay on during the winter blast — two months after he promised it would this winter.

But as the sun rose Friday morning — when the state’s demand for electricity was expected to peak — most Texans breathed sighs of relief as they woke to find the lights still on and the water still running.

Local power outages caused by trees and ice knocking out power lines were plenty. But the state’s power grid, operated by the Electric Reliability Council of Texas, held its own against freezing temperatures and wintry weather — avoiding the widespread blackouts that left millions of homes without power for days during freezing temperatures last February.

“Last year we had a heavyweight come into the ring and just knock the crap out of us,” said Beth Garza, former director of ERCOT’s independent watchdog. “And this year, we got just a middleweight. It punched us, we survived and it was fine.”

It’s unclear to what extent efforts mandated last year by state lawmakers to insulate the state’s power-generating infrastructure against severe winter weather helped the state prepare for the latest round of winter weather, energy experts and observers said.

Abbott has touted legislation that he signed last year enacting changes aimed at preventing blackouts like those during Uri — such as requiring power plants to make sure their facilities can hold up in severe winter weather. But those changes will likely take years to be fully implemented.

The primary reason the grid didn’t fail this time, experts said, was merely that the weather wasn’t as bad.

Last year, freezing temperatures and an onslaught of snow blanketed the entire state for several days — driving record demand and forcing ERCOT to tell energy providers to shut off power as they tried to stave off a total collapse of the grid.

This time, Texas saw a more typical cold front that hit the Dallas-Fort Worth metropolitan area hardest, while the Houston area and South Texas largely escaped it.

“This is the sort of cold front that any grid needs to be prepared to handle and the Texas grid has handled many times before,” said Daniel Cohan, an associate professor of civil and environmental engineering at Rice University.

The diffuse nature of the cold front could partially explain, experts said, why statewide demand for power fell short of expectations. ERCOT forecast that demand would peak at about 74,000 megawatts on Friday morning during the worst weather. Instead, demand hit just over 68,000 megawatts — close to the 69,000 megawatts of demand put on the system last year during last year’s storm.

Peak electricity demand during last year’s winter storm would have been around 77,000 megawatts if ERCOT hadn’t ordered utilities to shut down power to millions of customers, experts estimate.

Texas had 86,000 megawatts of supply going into last week’s winter weather, according to ERCOT. Natural gas companies reduced some supply to power plants during the freezing weather, but that didn’t cause disruptions. Meanwhile, wind power, which some Texas Republicans initially blamed for last year’s power outages, generated more electricity than anticipated — which helped bolster supply.

But there’s no guarantee that the grid would have withstood Uri-level weather conditions last week, Smith said.

That hasn’t stopped the state’s Republican leadership from taking a victory lap over the grid’s performance last week.

“The Texas power grid is more reliable and resilient than it has ever been,” Abbott, who has been dogged by Republican and Democratic opponents alike over the grid’s failure since last February, said at a Friday press conference.

The Public Utility Commission of Texas, the agency that oversees ERCOT, echoed the governor.

“The grid’s performance last week should give Texans confidence the grid is stronger and more reliable than it has ever been,” agency spokesperson Rich Parsons said in a prepared statement.

Beto O’Rourke, the former El Paso congressman and Abbott’s most prominent Democratic challenger, has hammered the governor over the last few weeks over the grid — embarking on a “Keeping the Lights On” tour this weekend.

“We’re not going to just cross our fingers and hope the grid works,” O’Rourke said in a tweet Sunday. “We’re going to fix the grid so we know it’ll always work.”

To ERCOT watchers, it’s still not clear whether the upgraded grid got a substantial test last week.

“Just because I have a student pass an easy test doesn’t mean that I’m confident they can pass the toughest test that I give them,” Cohan said.

Disclosure: Rice University has been a financial supporter of The Texas Tribune, a nonprofit, nonpartisan news organization that is funded in part by donations from members, foundations and corporate sponsors. Financial supporters play no role in the Tribune’s journalism. Find a complete list of them here.

This article originally appeared in The Texas Tribune at https://www.texastribune.org/2022/02/08/texas-winter-weather-power-grid/.