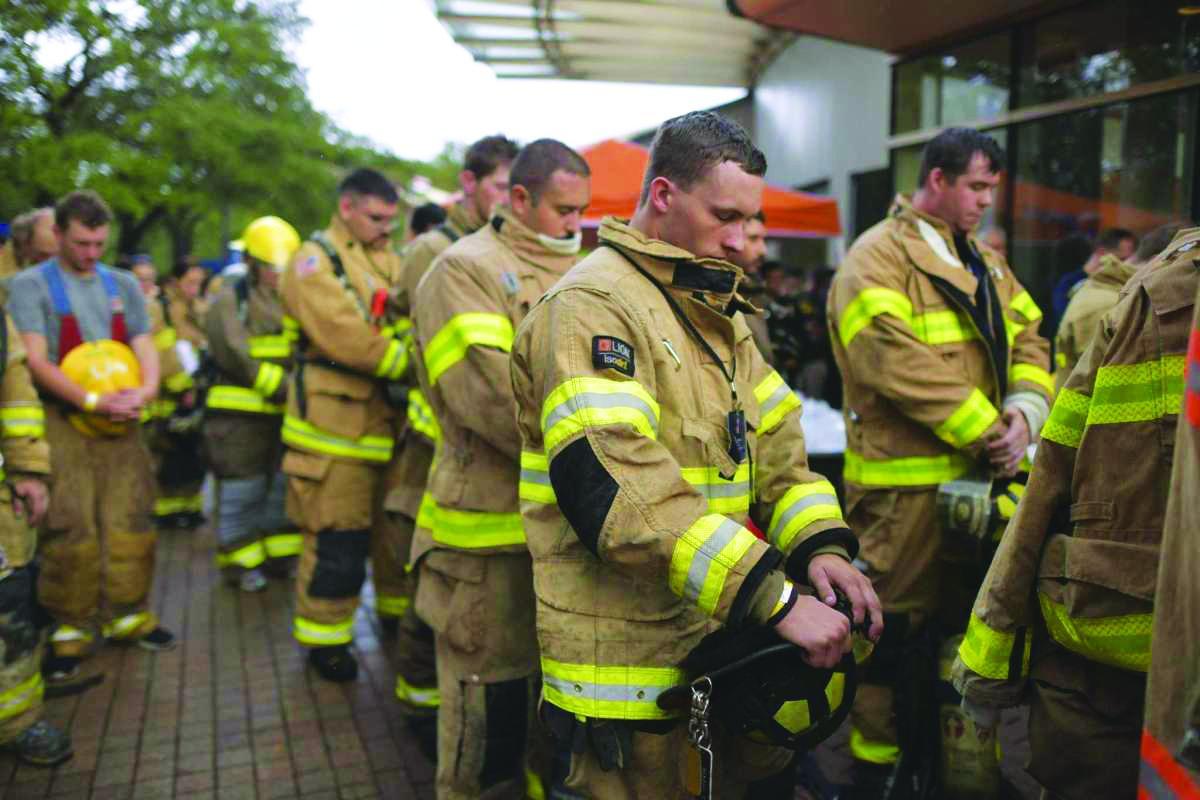 Nearly 3,000 people died on Sept. 11, 2001 when terrorists attacked the World Trade Center in New York City. While thousands of terrified people tried to climb down the 110 flights of stairs to escape the building, a unique few were doing the exact opposite. They were climbing up.

There were 60 police officers killed, eight emergency medical technicians, one patrolman and 343 New York City Firefighters. Thomas Hetzel was a firefighter for Ladder Company 13 and lost his life trying to save others on that fateful day.

Last week, Wimberley Firefighter Christopher Robbins honored Hetzel and the hundreds of other first responders that died on September 11 at the 9/11 Memorial Climb.

“For two hours once a year you give back to those that sacrificed everything,” Robbins said. “You feel terrible, because there is not much more you can do for them.”

Firefighters from around the country gather to climb 110 flights of stairs, the same climb made by firefighters climbing the World Trade Center, at the Tower of the Americas to honor the victims of the largest terroristic attack in the history of the United States of America. Each firefighter carries the name of a firefighter who lost their life.

“It is tough,” Robbins said. “We wear our full turnout gear with air packs or bundles of hose. It sucks making those climbs. It doesn’t matter how hard you train it never gets easier. But the hardest part is getting done climbing and you go to the board and say the name of the firefighter that did that climb that day and ring the bell for the final time.”

Robbins has completed the climb four times now. At 21 years old, he was just a few years old when the towers fell, but it is a moment that has shaped his life.

“I try and honor them every day,” Robbins said. “That is why I have the tattoos I do on my arms.”

One tattoo says “Never Forget.” The other is a firefighter’s shield with the number 343 on it, which is the number of firefighters that lost their lives at the World Trade Center.

“That day is a defining factor of who I am today… I was young when it happened, but that doesn’t mean I can’t continue to try and live on that legacy. Everything those men were that day are what I use to choose to define myself as a man today. It is those attributes of those that have fallen that day that help push me and help me strive to be better for those affected by tragedy every single day.”