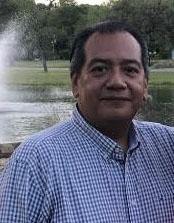 He could walk into a room for 5 minutes and walk out with 20 friends. He dedicated his life trying his best to help every person he met that needed it. Whether it was a shoulder to cry on, advice, or a point in the right direction he was always there. Ben was a man of faith and wanted to show others the love he had found.

His firstborn, John Lucas Rodriguez, had passed at birth and is meeting his father for the first time. His father, Juan, has proceeded him as well and is welcoming him with open arms and introducing him to the city of God. He attended the First United Methodist Church where he was a Lay Leader. He would go on mission trips and find ways to help the community and its people both in town and abroad. He was very passionate about helping those in need regardless of the circumstance. He was loved by many and will be greatly missed by all.