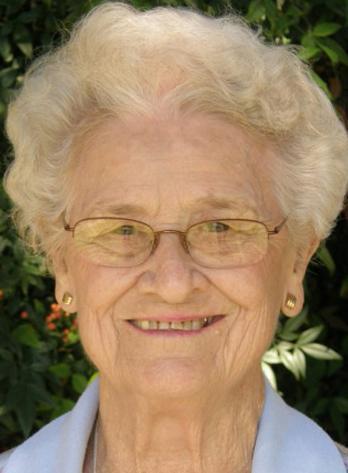 Captain Bettye Grace Nagy (USNavy,Ret), age 93, passed away January 7, 2020. She was born in Pearsall, Texas, to Joe and Pauline Howard Nagy September 18, 1926. She received her Bachelor of Science in Nursing from Incarnate Word College, San Antonio. She later received her Masters Degree in Nursing from the University of Washington. She was commissioned a Lieutenant (Junior Grade), Nurse Corps, U.S. Naval Reserve on 3 July 1956. She was later augmented into the regular U.S. Navy in 1958. Captain Nagy served as a nurse in the United States Navy for over 22 years. Her service to her country, especially during the Vietnam War, was a wonderful achievement and certainly merits recognition.

For the next few years, she was stationed at Naval Hospitals on both coasts of the United States. From 1961 to 1964, she served as the Recruiting Officer for the Nurse Corps in NRS, Houston, covering South Texas and the State of Louisiana. Then, in 1964, the U.S. Navy sent Captain Nagy to graduate school at the University of Washington to get her Masters Degree in Nursing. A tour in Newport, Rhode Island, followed.

Then, in 1967, during the Vietnam War, she was sent overseas to serve at DaNang, Republic of South Vietnam, where she took care of our wounded soldiers. Much of the time, fighting was going on around Da-Nang and our troops and our nurses were always in danger. She received many military honors in connection with her tour in Vietnam. These included the Navy Unit Commendation medal, the Vietnam Service Medal, Republic of Vietnam Meritorious Unit Citation Gallantry Cross Color and the Republic of Vietnam Campaign Medal. She was also awarded the Combat Action Ribbon, the National Defense Service Medal and the Meritorious Service medal.

Upon returning to the United States, she was stationed at Oakland, California, for three years. An interesting 3-year tour in Taipei, Taiwan, followed. During her career, she also served overseas at Subic Bay, Philippine Islands, and at Yokosuka, Japan.

From 1974 to 1976, she served as Head of the Professional Branch, Nursing Division, Bureau of Medicine and Surgery, in Washington D.C. She then became the Director of F. Edward Hebert Naval Hospital in New Orleans, Louisiana, and retired from the United States Navy at this station.

Captain Nagy served 22 years, 8 months and 27 days in the United States Navy. She retired from active duty 31 March 1979 and moved to San Marcos in July 1981 to be nearer to her family, especially her Aunt and best friend, Grace Hyatt. She immediately became very involved as a volunteer with the San Marcos community. She has been involved with The Heritage Association of San Marcos in numerous capacities. She worked with the American Cancer Society driving patients to medical appointments. For many years, she delivered Meals to the Homebound. She served approximately 10 years as a volunteer with the Tourist Information Center. She was a member of Quail Creek Country Club and enjoyed playing golf there. Bettye was a wonderful person to know. She was a real asset to San Marcos.

While women have always played an important part in the military life of our country. they do not always get the credit that they deserve for their contributions. We feel that Captain Bettye G. Nagy (Retired US Navy) not only merits recognition for her own illustrious career in the United States Navy, she, also, would be a fine representative for all the women who have served in the military and been so dedicated to keeping our country free!

The family would like to thank Jeanene Reader for the care given to Bettye Grace in recent years.

Flowers may be sent to Pennington Funeral Home. Memorial contributions can be made to Hays County Food Bank, 220 Herndon Street, San Marcos TX 78666, the Price Center, 222 W. San Antonio St., San Marcos, TX 78666, or the charity of your choice.