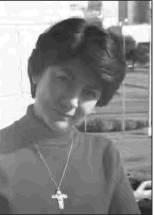 Dora R. Haas of San Marcos, TX, loving wife, mother, and grandmother passed away on Friday, June 1, 2018, at the age of 81. She was born in Victoria (Valle), Colombia, South America, to Jose Delacruz and Angelina (Aragon) Rojas on Dec. 13, 1936. She was one of nine children.

She is survived by her husband of 54 years, Karl Haas; twin sons, Rudolf Haas and wife, Katherine, of The Woodlands, TX, and Edmund Haas and wife, Elizabeth, of Coppell, TX, and four grandchildren: Julia, Christianna, Alex, and Karl.

Dora earned a Bachelor’s degree in Psychology from the University of Houston Victoria, was a Certified Montessori Educator, a lifelong Montessori education concept enthusiast, and a Director of San Marcos Montessori School, retired.

Dora enjoyed the quietness of country living and worked with Karl to build a country home, by hand, from the groundup in Mission Valley, TX, north of Victoria. It was there that the family spent many weekends while the twin boys grew up. She was Karl’s constant companion, always by his side. Being first generation Americans with citizenship in 1976, they did everything together and were often described by many as the perfect couple. Theirs was a chance meeting in Pittsburgh, PA, while Karl was finishing his advanced chemical engineering studies. Most of Dora’s adult life was spent in Orange, TX, Victoria, TX, and in San Marcos, TX.

Dora and Karl were global travelers and visited 56 countries in the continents of Asia, Africa, Australia, Europe, and the Americas, learning about different cultures over many years. She loved to travel the roads of Texas with Karl, frequenting coffee shops for coffee and dessert, sneaking a chocolate, and always visiting a Dairy Queen somewhere for ice cream. She was also active in china painting for almost 40 years.

A devout Catholic, she was a Charter Member of Associates of the Convent of Sisters of the Incarnate Word and Blessed Sacrament in Victoria, TX. She toured the Holy Land with the Sisters and visited convents in France and Mexico.

In lieu of flowers, you may make a donation in her name to: Sisters of the Incarnate Word and Blessed Sacrament, Attn: Sister Stephana, 1101 NE Water Street, Victoria, TX 77901.

A Memorial Mass will be celebrated at St. John the Evangelist Catholic Church in San Marcos, at 5 p.m., on Wednesday, June 13, 2018.