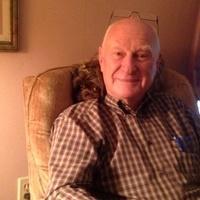 D.R. “Tom” Uher, 81, of Bay City, passed away at home surrounded by his family on March 9, 2019. He was born Dec. 16, 1937 in Bay City to the late Alfonso A. Uher and May Bittick Uher.  In addition to his parents, he was preceded in death by his oldest sister Doris Mae Uher and grandson Noah Carl Uher.

He graduated from Bay City High School in 1956 and went on to earn a Bachelor of Business Administration from The University of Texas in 1960, continuing from there to earn his Doctorate of Jurisprudence in 1962. He returned home to Bay City, his hometown he is known for loving, to start his Law practice and practiced for 55 years before having to close his office.

Tom was elected as State Representative in a special election on his birthday, Dece. 16, 1967 and served the counties of Matagorda, Wharton, and Brazoria for 36 years. He served on many various committees but the ones closest to his heart were always Education, Vice Chair for Higher Education, Chair for Higher Education Subcommittee on Budget and Oversight, Chair for Redistricting, Ways and Means, and his most important Bill of Law that he wrote and passed was the MD Anderson Cancer Center Self Referral Bill allowing people to no longer have to have a referral from another doctor. He served over 3 decades spanning 8 Presidents, and was Speaker Pro Tem from 1993-2001 and upon leaving office was Dean of the House. Always referring to others as “Great American,” he is known among so many as the real “Great American.”

He truly enjoyed working, whether at his law office or in his yard, coaching Little League both in his earlier years and after he left public office, serving as a mentor whether to a young person, friend or colleague, watching football (especially his beloved Texas Longhorns), teaching Bible Study at the First Presbyterian Church, and had a sweet tooth to rival all sweet tooths.’ He absolutely loved his wife’s oatmeal cookies and German Chocolate cake...and always had a candy dish near!

He never met a stranger and was always extending a hand to anyone, truly wanting to know more about them, always talking to everyone, anywhere he went and never making people feel rushed. He truly and genuinely cared about people.