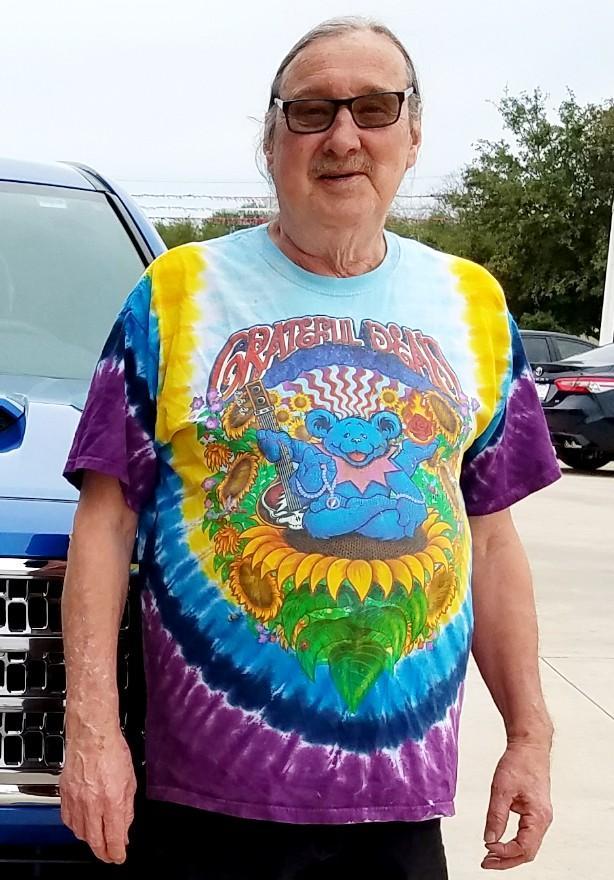 He was a devoted husband and doting father who made everyone he was acquainted with feel like family.

Mr. Rasmussen was born on Staten Island, NY July 6th, 1953. He was proud of his heritage and loved to share stories (often full of his own mischief) of growing up in New York City. He was an avid music lover and raised his son George with that same appreciation for rock n roll.

He loved the Grateful Dead, and hardly a day went by where you could catch him without a colorful dancing bears t-shirt on. He truly had the gift of gab and rarely met a stranger. He was a wonderful cook who very much enjoyed preparing feasts for his family and friends; especially his famous meatballs and tomato sauce, a recipe he proudly cultivated from Italian grandmas during his youth in NYC. Whether it was making coffee, fixing a toilet, or moving furniture, he made sure the people he loved were taken care of to the best of his ability. There was a twinkle in his eyes that sparkled bright when he spoke of or to his favorite people. He was dearly loved and will be intensely missed.

He was preceded in death by his parents George and Miriam Rasmussen and sister Pat. He is survived by his wife Wanda Rasmussen, son and daughter-in-law George and Wendy Rasmussen of Austin, sister Karen Schorlemer of San Antonio, aunt and uncle Barbara and Jerry Templeton of San Antonio, and many cousins and extended family.

In lieu of flowers, the family requests donations to either CureSMA at curesma.org or Special Olympics at specialolympics.org.