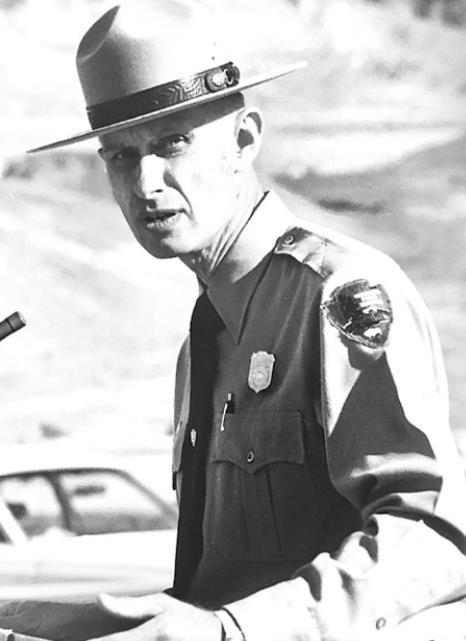 George M. Von der Lippe resident of San Marcos since 1982, died February 15, 2021. He was born on July 2, 1927 in Chicago, Illinois to George & Hedwig Von der Lippe. George graduated from high school in 1945 and enlisted in the U.S. Marine Corps. He received a Bachelor of Science Degree in Forestry and Park Management from Michigan State University in 1951. His parents and the Boy Scouts nurtured his interest in protecting and conserving the environment.

He was married to Virginia who preceded him in death on January 4, 2015. He is survived by his son, Peter Von der Lippe and his wife Elicet and children, daughter Kristin Farrington and her husband Howard, daughter Susanne Gunsorek, daughter Ingrid Crowley, stepson Stephen Smith and his wife Karen, stepson Sam Smith, three grandsons, two step grandsons, two step granddaughters, four great grandchildren and seven step great grandchildren. George was baptized in Christ in 1971, and has been a member of the Church since that date. He loved the Lord, His Church and his extended University Church of Christ family.

George retired from the National Park Service after 31 years of service in ten different areas throughout the United States. His last assignment was Superintendent of Death Valley National Park. His career included work in six National Parks, two National Monuments and two National Seashores. He became the first Chief Ranger at Cape Cod National Seashore when that area was established in 1961. His most challenging assignment was as Superintendent of Redwood National Park 1974-1978. During this period the Park was enlarged to protect some of the tallest known coast redwood trees. After retirement George and Virginia did volunteer work for five years in Yellowstone National Park.

In 1997 George became a Certified Financial Planner (CFP), but didn’t practice in this field. With his background in government service he remained interested in local civic affairs after retirement. As a resident of San Marcos since 1982 he was a member and past president of the Heritage Neighborhood Association, and past co-chair of the Council of Neighborhood Associations. He is a past member and chair of the City of San Marcos Zoning Commission. He also served on the San Marcos Citizen’s Police Advisory Committee and Police Department Awards Committee. He was a graduate of the 1998 Citizen's Police Academy. George also served on the San Marcos Water Conservation Committee, the Mayor’s 1997 Blue Ribbon Bond Committee and the Bond Advisory Committee. In 2011 he was appointed to the City’s Parks Board. He enjoyed working with City Council, City Staff, and many volunteers who became longtime friends.

George and Virginia moved to Brookdale North in May 2012. He remained there after her death and until his passing. He had great affection for the many residents and staff who became like family.

There will be a graveside service on Monday, February 22, 2021 in the San Marcos City Cemetery at 2 p.m.

Arrangements are under the direction of Thomason Funeral Home. For more information and to sign the online registry, please visit thomasonfuneralhome.com.