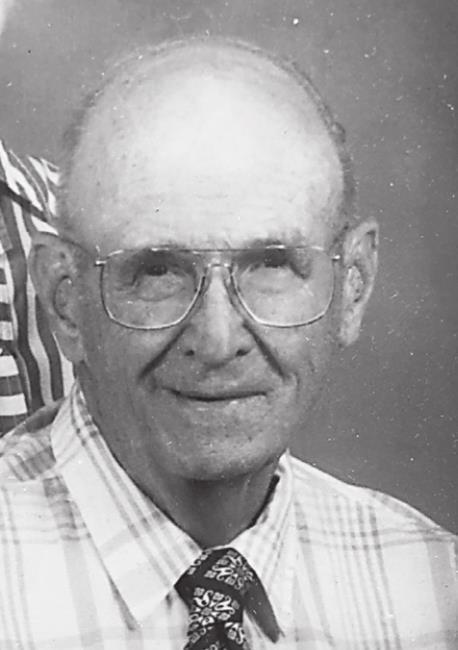 Harry was born on a family farm in Reedville, Texas and shortly after, his family moved to San Marcos where his father owned Wiede’s Tire & Battery Shop that included a gas station. Harry served in the Marines during WWII and was stationed in Guam. After military service he came back to San Marcos and remained a resident for the rest of his life. He worked for a time driving freight trucks which lead to meeting his loving wife, Anna Mae Butler from Atoka, Oklahoma, as she worked at a café in Dallas. Harry and Anna Mae married in San Marcos on August 11, 1951 and were married for 67 years until her death in 2018. They had four children, Ronda, James, Warren, and Susan. Harry worked for, then eventually bought the Wiede Tire Shop from his father. After 35 years, he retired and closed the business. In his retirement years, he enjoyed buying and selling undeveloped property and then he would spend time clearing brush, leveling the land, and planting gardens and trees before reselling.

He enjoyed hunting, fishing, gardening, playing golf and playing cards and dominos. He grew huge tomatoes through a system using PVC pipes and liquid fertilizer on the roots and he would then share those with others. For many years, he had a regular card night with friends, and he regularly met a group of friends for breakfast. Those friendships continued throughout his life. He participated in civic organizations in the community and was active on many committees in his church.

He enjoyed wood working, building and rock work. He volunteered as a handyman at First Lutheran Church for many years assisting the church and Kids of the Kingdom childcare center. He made two beautiful tables for the entrance of the church as well as other furniture items and it pleased him that his woodwork would serve beyond his years. He also made furniture for family and friends that will continue to be treasured. His rock work landscaped the family home with multiple retaining walls and bordered flower beds.

He treasured friends, family, honesty and being on time. He usually had silly stories or jokes to tell and considered it a win if he could make people smile. He lived his last 5 years at Brookdale San Marcos North Senior Living where he continued his quest to pipes and liquid fertilizer on the roots and he would then share those with others. For many years, he had a regular card night with friends, and he regularly met a group of friends for breakfast. Those friendships continued throughout his life. He participated in civic organizations in the community and was active on many committees in his church. make friends and try to make folks smile with his humor. Brookdale became his home, and the staff and residences became like family to him. Our family will forever be grateful to the Brookdale staff for their love, care, and compassion throughout these years. We also thank Christus Santa Rosa Hospice and Dr. Moore for their care and end-of-life comfort.

First Lutheran Church and Pennington’s Funeral Home will assist with his burial. A graveside service will be held June 12, 2021 at 10 a.m. at the San Marcos City Cemetery.

Contributions in memory of Harry may be made to: