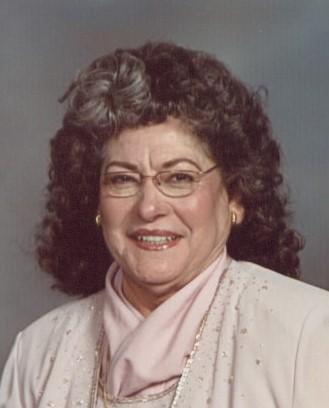 Hermenegilda DeLeon Gamez, 85, went home to be with her heavenly Father on July 20th, 2018 after a heroic battle with pancreatic cancer. Her devotion to her family and her unwavering faith in her Savior Jesus Christ supported her in her struggle and ultimately gave her peace.

Hermenegilda, known by many as Mary or Mere, was the youngest child born to the late Prajedis and Julia DeLeon, in San Marcos, TX on April 13, 1933. She was raised on a ranch in Kyle where she worked the land and, at leisure time, played music with her seven brothers and sister.  She married the love of her life, Rudolph Benavides Gamez on Feb. 14, 1954. They moved to San Marcos in 1955 where they raised a family of six children who remain close to this very day. Her primary focus in life was always community. She was a wonderful cook and advisor to many, and always had time to answer a question or solve a problem.

Mary was also very active in her church and community for most of her adult life. She served in multiple volunteer capacities and church trips over the years. Mary was also employed by several businesses in the San Marcos area, the last place of employment prior to retirement being JC Penney, which remained her favorite store for the rest of her life.

Mary’s family will receive friends at Thomason Funeral Home in San Marcos on Tuesday, July 24, 2018 from 4 through 9 p.m., with a Recitation of the Holy Rosary beginning at 7 p.m. Mass of Christian Burial will be held at 10 a.m. on Wednesday, July 25, 2018 at Saint John’s Catholic Church in San Marcos. Mary will be buried following the Mass at the Garden Of The Cross Cemetery in Memory Lawn Memorial Park in Martindale, Texas.

For more information, call Thomason Funeral Home at 512-396-2300 or visit their website to sign the guest book. The family appreciates your prayers, condolences and memories.