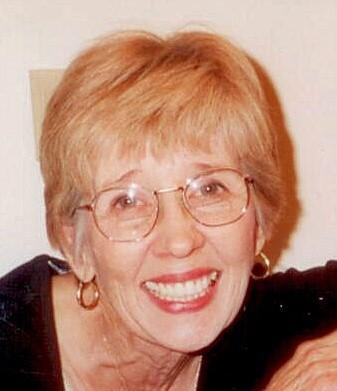 Jacqueline (Jacque’) Louise Brown passed away peacefully at her home in San Marcos, Texas on June 4, 2021 after a courageous 3-year battle with cancer.  Jacque’ was born on January 18, 1942 in Midland, Michigan to Louis C. Rubens and Barbara M. Snyder.

At age eleven, her mother, grandmother, and brother left Michigan in a travel trailer for an adventure to the western states.  Jacque’ resumed grade school at Kate Smith School in Sparks, Nevada and at age thirteen her family moved to Livermore, California where she graduated from Livermore High School in just 3-1/2 years.  While living in Nevada and California she had to assume the role of her six-year younger brother’s caretaker while her mother and stepfather were at work.  She attended Stockton Junior College and a year later decided to move to San Francisco where she worked as a telephone operator at Pacific Bell.

In was in San Francisco that she met and married the love of her life, Robert (Bob) K. Brown.  They were truly meant for one another.  Enterprising and imaginative, Jacque’s managerial talent and Bob’s woodworking skills combined in their founding and development of several successful businesses across the southern states.  Together they typified entrepreneurship.  In addition to owning and operating several businesses, Jacque’ also worked as a manager for a transportation company, while together they refurbished and rented houses from Florida to Alabama to Texas.

Jacque’ and Bob passed on their passion for excellence and hard work to their son, Chris.  Chris is multi-talented and expresses a wide range of interests in his professional life.  His primary expertise is in auto body work and mechanics, but he, like Jacque’ and Bob, is fully capable of tackling and completing just about any type of project he undertakes.  Jacque’ dearly loved Chris.

Jacque’ viewed every day as an exciting adventure.  She had a fun-filled spirit and a unique gift for bringing people together.  She was extremely kind and never spoke ill of anyone.  Her smile and humor were infectious, and she brought out the very best in people.  Jacque’ loved her family, friends, music, and art.  She lived life to the fullest every day.  She was deeply loved will be missed by everyone who knew her.

Jacque’ is preceded by the death of her mother, father, and stepfather (Raymond Heminger).  She is survived by her husband Bob, her son Chris, her brother and sister-in-law David and Cindy Heminger, her nieces Heidi Askew and Tammy Yanovitch, her grandnieces Ashley Deptula and Alyssa Askew, and her grandnephew Ilya Yanovitch.