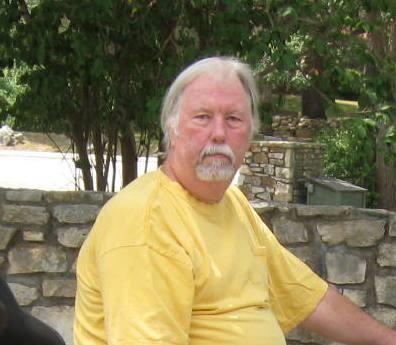 John David “JD” Gulley passed away on July 22, 2019, at the age of 65, unexpectantly at his home outside of Killeen, TX. He was born May 7th 1954 at Santa Rosa Hospital in San Antonio. He was the son of Cliff Gulley and Dorothy Davison.

JD’s family moved to San Marcos in 1961 where he lived until graduation from San Marcos High School, class of 1972, He met his wife, Pam Stripling, while in High School; they married on September 1, 1973. After graduation from high school he joined the Air Force; proudly served active duty for 9 years. For the next 14 years he worked at Bergstrom for the Air Force Reserve. After BRAC closed Bergstrom, he continued to work for the federal government, spending the next 14 years at the National Weather Service, retiring in April of 2011.

Over the years JD had many hobbies; he loved riding his motorcycle; in the earlier years, he enjoyed water skiing, snow skiing, playing golf; snapping pictures and then developing the black and white photos in his dark room. Wine tasting and festivals were one of his greatest pleasures. In addition, JD always had a never-ending list of projects and things to do, including fixing up and maintaining older vehicles, remodeling various homes; he was the handiest man ever, he could build, repair and fix anything.

A few short paragraphs could never come close to encapsulating who JD was and what he meant to those around him. He was a fiercely stubborn man who hated crowds, and any line that had more than 10 people in it drew a very particular glare and huff. He was also kind, funny, and the best type of storyteller, always willing to take a moment or two to catch up with old friends or tell a familiar joke. He had the ability to walk into a room of strangers and walk out with a few new friends.

He is survived by his wife Pam Gulley, children David Alan and Dorothy Ann, two brothers, Ron Gulley and Cliff Gulley and 4 nieces.

He was preceded in death by his parents and brother Clifton.

Services will be held in San Marcos at Pennington Funeral Home on August 3rd, at 4pm. Following the service, a final send-off for the big guy, celebrating his life will be held August 3rd from 6:00 – 8:00 pm, at Chautauqua Room at the Embassy Suites conference center.