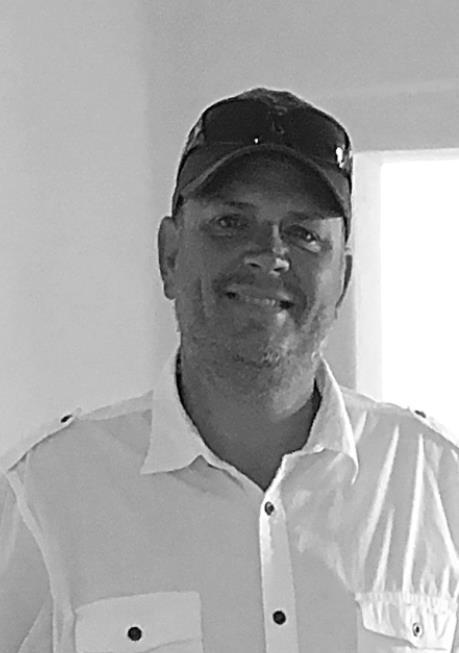 Steve was born on July 22, 1971 in Houston, Texas. He spent most of his toddler years at Papa Carl and Grandma Helen’s farm in Elgin. It was a special time and place for him. His family remembers him putting on a hard hat and “working” in the warehouse of his parent’s company as a young boy.

Steve was a boarding student at San Marcos Academy all four years of high school, graduating in 1989. He was extremely active and well liked at the Academy. This was his first of several times in San Marcos. He kept being drawn back to the town he came to know as home.

Everyone Steve met knew him to be kind, generous and genuine. He was the one to call, the one to tell it like it was and the one always up for an adventure. His travels took him on many trips and to many golf courses. A favorite for both was his beloved trip to play golf at St. Andrews in Scotland. He also enjoyed vacations to St. Croix, Hawaii, Cabo San Lucas and Colorado just to name a few. Family and friends all have their own memories of trips near and far with Steve.

From the time he graduated from high school Steve worked in the security business. First working with his dad in Houston with Triangle Electronics, then moving on to B Alert in San Marcos, moving into management at SimplexGrinnell in Austin, Ft. Worth and Houston and finally moving back to San Marcos and starting his own business Triangle Fire and Security. Along the way Steve found a

Along the way Steve found a calling of working with youth and children. He served as a youth leader at his former church in Round Rock changing the lives of teenagers with love, straight talk and Jesus. He served in leadership of San Marcos Community Church. He also loved to coach youth sports. He coached several recreational teams through the City of San Marcos and then when the opportunity arose he began coaching at San Marcos Academy. Steve helped coach golf, middle school football and this past year had the opportunity to help coach the middle school girls basketball team. He finally got an opportunity to coach the light of his life, Mia.

Steve and his true love Monica were married on January 5, 2002 in a small, intimate ceremony that included Eddie, Lissa and Nick. It was a perfect start to a beautiful marriage. Mia was born on July 5, 2006 and she instantly had a special bond with her daddy. His family continued growing and while Monica became known as “Mimi”, Steve became “Coach” to their many grandchildren.

Steve is survived by his wife Monica, daughter Mia, and step children Eddie Sandoval, Lissa Flory, and Nick and Sabra Sandoval, as well as his and Monica’s grandchildren Elijah, Zephyr, Clark, Gunnar and Bennett, mother Donna Lewe, step father Robert Lewe, brother Gary and wife Melanie, sister Deb and husband Tom, nephews Kevin and Danny and their families and niece Sarah Tope and many brothers and sisters in laws. He is also survived by his many special friends. He was preceded in death by his father Philip Grossman, grandfather Carl Willingham and his beloved grandmother Helen Hawkins.

A Celebration of Life was held Saturday, July 25 at San Marcos Academy for family and friends.