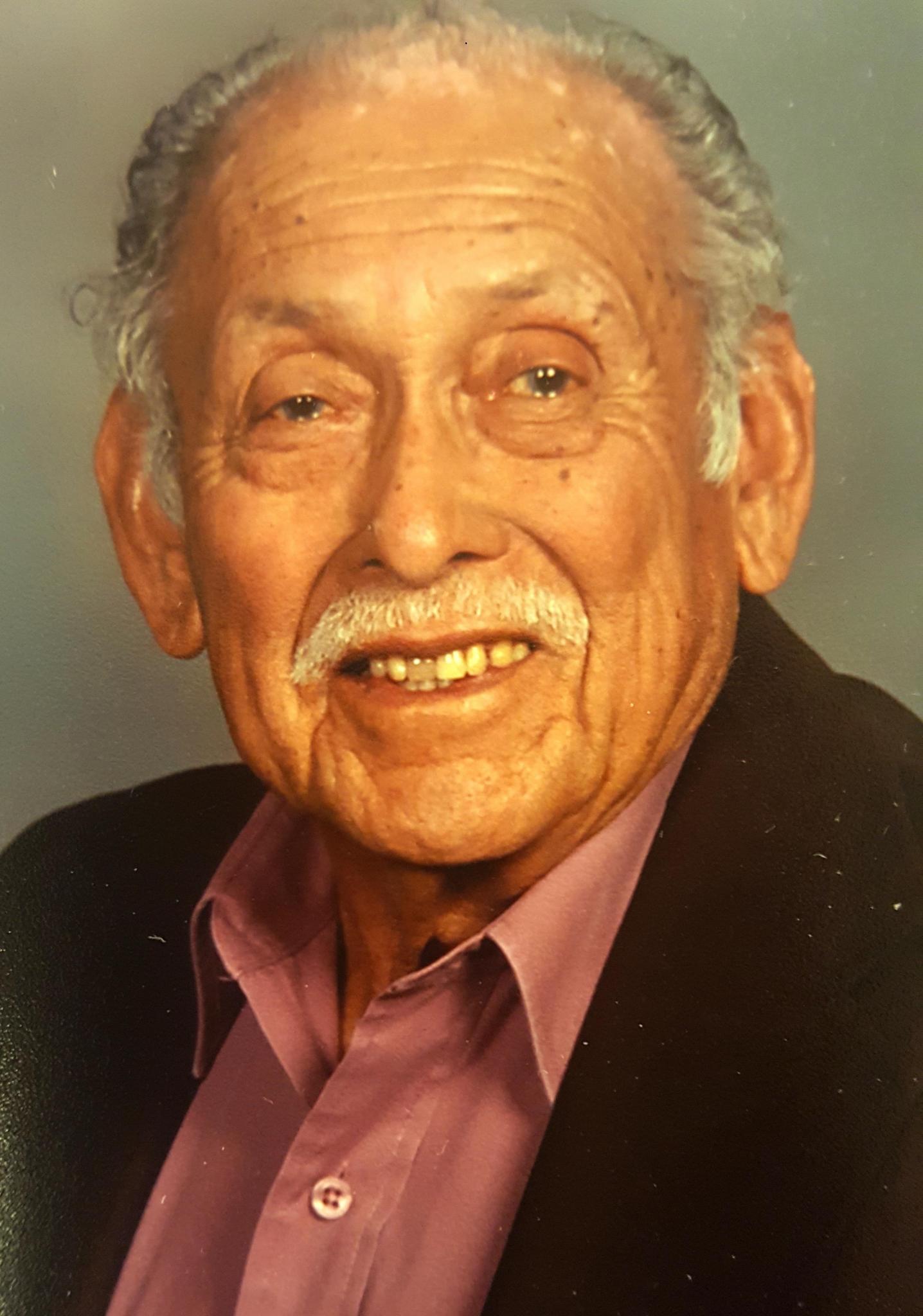 Juan R. Ledesma was married to Julia Ruiz Ledesma for 68 years. He fought the good fight for 10 years after his stroke. He was the most determined minded man that I have ever known. He was right-handed but had to learn to do everything with his left. He definitely was my hero.

Juan worked at a very young age, he would pick up cans to sell so he could go to the movies and buy popcorn and drink all for 25 cents. He would also help his great grandmother Avelina, a midwife, take care of her apron because that’s where she kept the money people would pay her.

Juan held many jobs in his early years from picking cotton, ranch hand at Green Valley in San Marcos, dishwasher and cook at Carson’s restaurant in San Marcos, and construction building homes from the ground up in Austin. He eventually got hired on with Hays County gravel company driving a cement truck and then later became their diesel mechanic and welder with Hays County gravel and Ingram Ready mix and finally Lafarge when he retired after a 30 year career. He got to work together with his son Joe and when he was out for a few weeks due to surgery. Joe was the only one working and he took over until my dad came back. He rarely missed work due to his asthma that he had for over 50 years and instilled in his children that work was important no matter the job.

Juan had many hobbies and one of them was travel and he had the opportunity to visit many historical places in Mexico City, Acapulco, Puerto Vallarta and cities in between. He like to drive rather than fly because he said you missed all the sights. Juan liked to take pictures, slides, video or places he would visit. He also traveled to places such as New Mexico, Colorado, Wyoming, the Grand Tetons, Yellowstone National park, Las Vegas and many other places. In one of Juan’s trip to Cancun, him and his wife went into town to sightsee and they were interviewed by the local newspaper as part of tourist visiting and they made the front page in that week that we were there.

Juan liked to BBQ and do fish frys in the backyard. He made the best pancakes. Juan played baseball with his truck driver co-workers in the early years out on Hwy 123. You can still see the backstop where they use to play.

Juan helped out his friends and neighbors when there was a need. If he saw someone hungry, he would offer to buy them something to eat. Juan was involved with his son Javier tax business by helping him setup offices during the season. Juan was very proud of his grandchildren Vincent and Joanna. He attended the high school graduations and the college Graduations and you could see how proud he was of the accomplishments. Juan was definitely a good family man with his grandchildren and great grandchildren.

Juan’s other hobby was woodworking after he retired. He would spend hours in this shop that he built behind his house making all kinds of wood letters, numbers and toys. Juan enjoyed his visits at the nursing home by friends and family and he was always included in family gatherings.

We love and will miss you dad but we know that you are in a better place and its not goodbye but until we meet again. You have started a new chapter in your journey and we will all be together one day.

We would like to give a special thank you to Tina Tobias his caretaker for all she has done for our dad. Also want to thank Kindred Hospice, especially Roberto Cepeda and Hays Nursing and Rehab for all the care they gave to my dad.