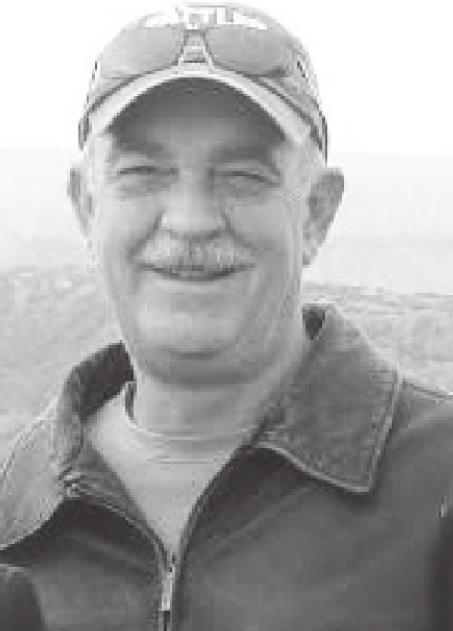 Kelly Howard Casparis, loving husband, father, pawpaw, brother and friend passed away peacefully the morning of Monday, November 15, 2021, with the love of his family surrounding him.

Kelly was born in Johnson City, Texas on January 4,1958 to Bill and Theresa (Cravens) Casparis. He was raised in Austin, Texas and attended McCallum High School where he was lovingly known as “Spud”. He played football for the Knights and was a reliable center. His real love while at McCallum was singing in the Choir and showcasing his talent with his best friend Roc at the local Pizza Inn and other venues around Austin. Kelly went on to attend Southwest Texas State University, studying Geology, one of his many passions. He then worked in the auto body repair industry for 37 years. In 1991 he married the love of his life and best friend Cindy. He and Cindy built a life filled with love and laughter in San Marcos with their three children.

Kelly was a man of many passions including, Longhorn football, birding, hiking, traveling and collecting arrowheads. His special gift for finding points often left those hiking with him mesmerized, this gift helped Kelly curate a one of a kind arrowhead collection envied by many connoisseurs. Kelly was a family man and enjoyed showing his children the great outdoors. Together, Kelly and Cindy instilled a love of the Frio Canyon in their children and spent many summers on the river enjoying family time and playing games late into the evening. Later in life he cherished his time with his grandson Creek, showing him the ways of the Frio River, arrowhead hunting, and feeding the wildlife at the family ranch in Johnson City. When Creek became big enough to ride on the side-by-side and tractor with his Pawpaw, it became one of their favorite pastimes. The whole family lovingly refers to the family ATV as the bye-bye-side. His time of being a Pawpaw filled him with joy and pride, he loved dressing up for crazy sock day for drop off at school because he was all in when it came to Pawpaw duty.

Kelly will be missed by his wife of 30 years, Cindy; children, Amber and husband Carl Johnson, Kellen and husband Aaron Gette; Caleb and wife Evelynn Casparis and his precious grandson Creek William Johnson. His brother Terry Casparis, sister Melia O’Dell, mother in law Lucy Wendt, as well as nieces, nephews and many friends.

A light lunch and family visitation will be held beginning at 1:00 pm on November 29, 2021 followed by the Celebration of Kelly’s Life at 2:00 pm, at the First Christian Church (Disciples of Christ) 3105 RR 12, San Marcos, Tx. An interment of ashes will follow at City of San Marcos Cemetery.