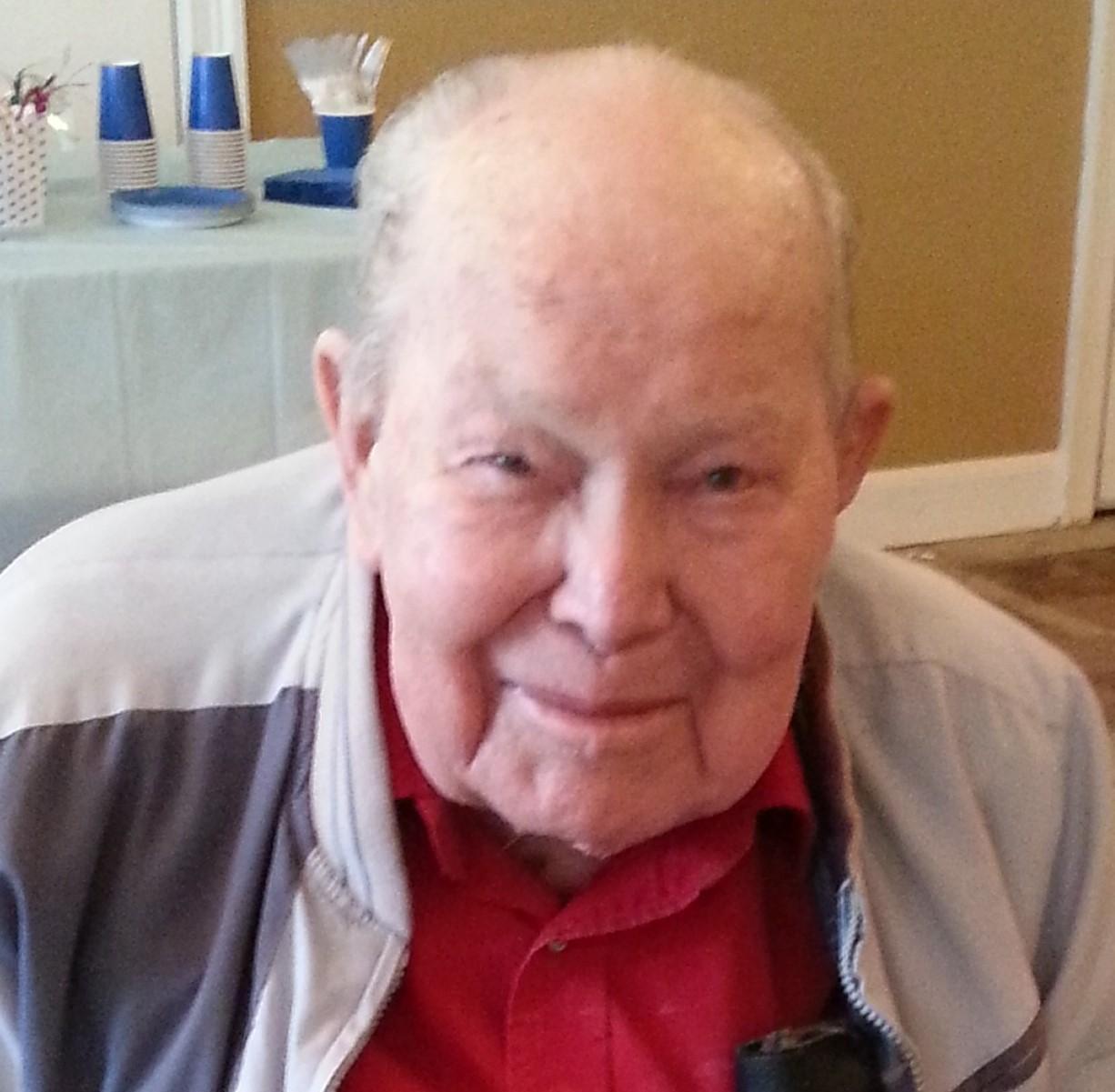 Lawrence Clint Helbig, 95, passed away surrounded by family Feb. 6, 2019. Born March 9, 1923 in Knippa, TX, Lawrence was a proud and quiet man. He understood the importance of duty and family, and never shook his responsibilities. Forced to quit school after eighth grade due to a family emergency, Lawrence went to work on the family farm to help support his family. Duty called again, when he entered World War II in 1944. Lawrence served in the Pacific and was a member of the Occupation Forces in Japan following the war.

Upon returning home to Knippa in 1946, Lawrence continued his lifelong love of farming. In 1953, he was set-up on a blind date with the love of his life, Gladys Murray. Married in April of 1954, Lawrence and Gladys would go on to have three children. Although he went on to have a variety of jobs, including managing the Parts Department at the local Ford Shop and driving a school bus, it was farming and being outdoors that he loved the most. When he “retired” to Sunrise Beach, TX, he and Gladys started a successful lawn mowing business and created a master garden that was envied by all.

In 2006, Lawrence and Gladys moved to Stone Brook Retirement Community in San Marcos, TX. Here he lived out his days enjoying “Sit and Be Fit,” where he was the most popular member, watching Wheel of Fortune, and enjoying a pork chop every Sunday at Cracker Barrel.

Lawrence was preceded in death by his parents, William and Ida, three young brothers, his sister Louise Ohlenbusch, and his brother William H. Helbig. He is survived by his loving wife Gladys and his daughter Irene Hindson (Ted) of San Marcos, his son Lawrence Jr. (Charla) of Silver City, NM, and his daughter Cindy Hess (Tom) of Peoria, AZ. He is also survived by five grandchildren and five great-grandchildren. Also surviving him is one sister, Lorene Gremmel of Uvalde, TX; a close cousin, Jean Weynand of San Antonio; several nieces and nephews; as well as other family and friends.

Visitation is scheduled for 10 a.m. on Saturday, Feb. 16, 2019 at Pennington Funeral Home, 323 N. Comanche St., San Marcos, Texas, with a funeral service to follow at 11 a.m. in the Pennington Chapel. Please visit the Pennington website for more information or to sign the online condolence book.