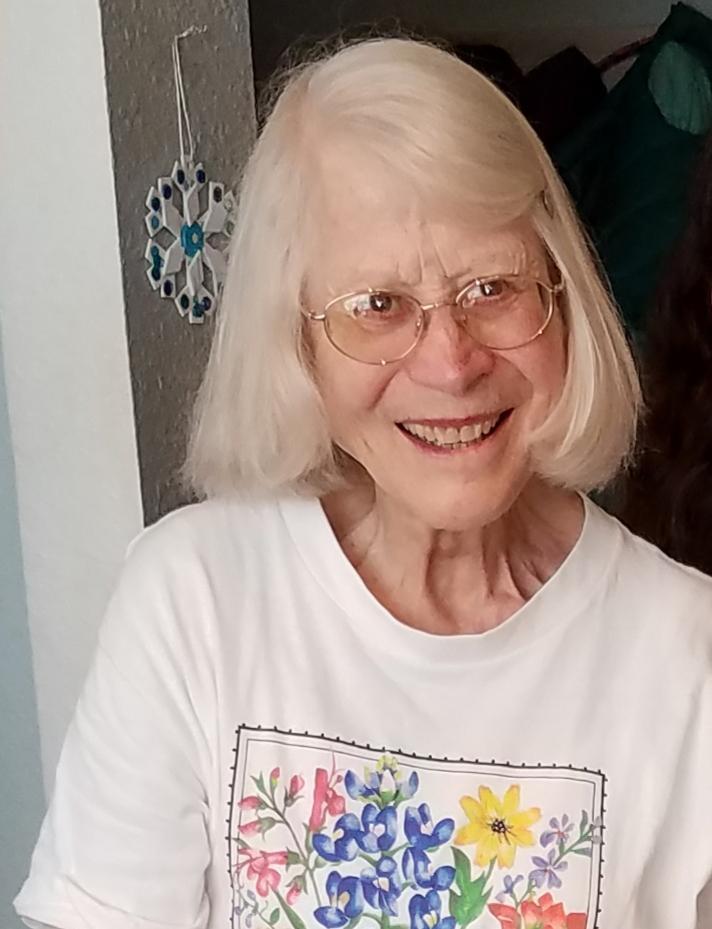 Marjorie Jo Neidert Leder, 79, passed away peacefully in her home on October 31, 2019 in San Marcos, Texas.  Marjorie grew up in Kansas City, Missouri, as the sixth of the seven children of her parents Otto and Josephine Neidert.  Marge, as she was called by family and friends, played the piano and loved singing songs.  Marge was also athletic in her younger years and was captain of her high school field hockey team.  Marge earned a BA in Sociology at Washington University in St. Louis, Missouri and an MA in Teaching the Geological Sciences from Indiana University in Bloomington.  She also did graduate work in geology at the University of Texas at Austin.  After college, Marge made a career of being an educator.  She was a fantastic high school math and science teacher over a span of 6 decades at several different high schools.  She was also honored with the Teacher of the Year award at Travis High School in Austin, Texas for her outstanding teaching, and served as the Math Department Chair there as well.  In the 1960’s Marge and her husband, Arny, lived in Turkey and enjoyed teaching English for several years where they made many friends, and learned Turkish. Marge & Arny also briefly lived on a Kibbutz in Israel.  Before having children, Marge and Arny also traveled all over Europe and in the Middle East.

When Arny took a position at SWT in 1972, they moved to San Marcos, which was not long after their son David was born.  In 1973, their daughter Sarah was born.  Marge loved living in the home that they purchased in 1974, where they raised their children.  She enjoyed many days at the San Marcos river with her children and later with her grandchildren.  Marge and her husband and children also lived in Munich, Germany in the 1980’s and again in the 1990’s where she learned German.  In the 1990’s, she visited Japan when her daughter was living there.  She also traveled with her son and daughter-in-law to the Philippines in 2016 and met her daughter-in-law’s family there.  Throughout her life and travels, she always made lasting impressions on everyone she met.

Marge had a love for life and always saw the good in everything and everyone.  She loved spending time with family and friends and especially with her children and grandchildren.  She loved all animals, especially her cats, and enjoyed bird watching and spending time in nature.  She was an avid reader of both fiction and scientific publications.  Whenever you were around her, you could feel her kindness and genuine thoughtfulness and patience as well as her sense of humor.  Throughout her life she was someone who was admired by all who knew her, and everyone who met her was drawn to her because of her radiant kindness and understanding.

Marge is survived by her husband of 54 years, Arnold Leder; her daughter, Sarah Leder and son-in-law, Steve Benson; her granddaughters, Kayla and Lillian Benson; her son, David Leder and daughter-in-law, Lhitz Leder; her grandson, Marclo Leder; her brother Paul Neidert; and many nieces and nephews.  May our memory of Marjorie be a blessing.

The family plans to have a Celebration of Life gathering on December 14, 2019, from 11 a.m. to 2 p.m. at the Meadows Center for the Water and Environment Conference Room at the San Marcos River Head Waters on Spring Lake:  201 San Marcos Springs Drive, San Marcos, TX 78666.