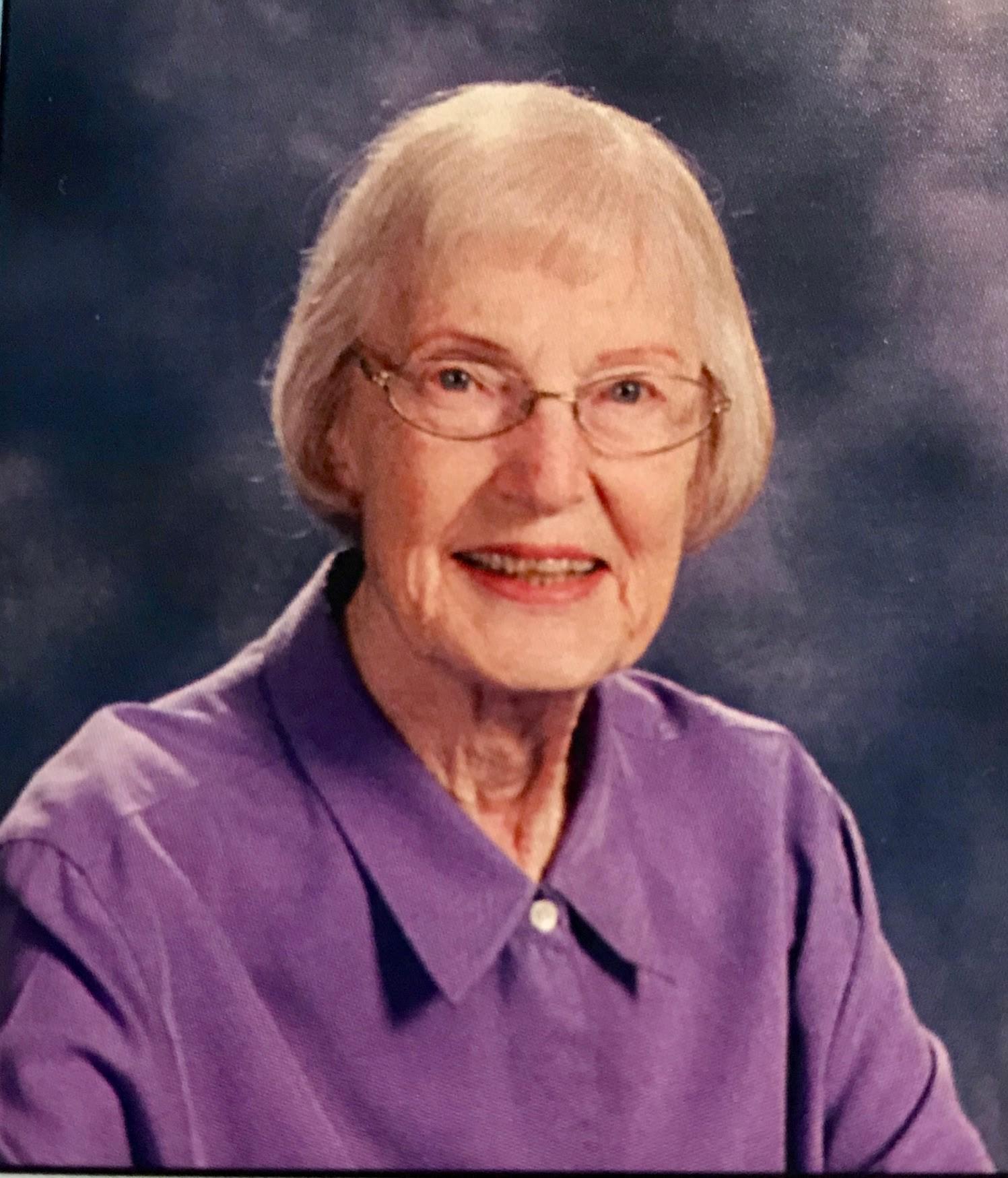 Mary Lee Archer died in San Marcos, Texas on March 12, 2019. She was born to Lloyd Henry Brower and Mable Looney Brower on May 9, 1924, in Fort Scott, Kansas. Her family eventually included two younger brothers and moved to Woodward, Oklahoma, where her father managed and later owned the Brower Dairy. She graduated valedictorian from Woodward High School in 1943 and subsequently from Oklahoma College for Women (now University of Science and Arts of Oklahoma) in 1946 with a BA in Voice and Piano. During World War II, her college years, she belonged to a trio that sang at military hospitals and bases. Her first job after graduation was as a singer at Radio Station KFBI in Wichita, Kansas where she had her own radio program. There, she met audio engineer George Louis Archer, who had recently returned from the Army in Europe. Upon seeing her for the first time, George quipped, “I don’t like redheads.” They were married a year later on April 13, 1947, and became the parents of two children, Richard and Lee Anne. During the children’s earliest years, the family was lucky to be able to live near Mary Lee’s parents back in Woodward, where George was Chief Engineer for the local radio station. In 1956 they returned to Wichita, where George took a job at the new ABC television station, KAKE in 1956.

As her children neared college age, Mary Lee returned to employment outside the home to finance their education, first as a preschool teacher and later as a secretary and administrator at the Wichita Art Museum. Her close friend and colleague and retired curator of the museum, Novelene Ross, describes her career in these words:

“Mary Lee Archer fostered the professional growth of the Wichita Art Museum in a stellar 20-year career (1968-1988). She served as executive secretary to the Friends of the Wichita Art Museum, secretary to the Director, and Assistant to the Director. The latter promotion may be the only advancement on record in which the Wichita City Manager personally ordered a department director to promote a wage employee to the second-in-command administrative position. The manager told the then WAM Director, Howard E. Wooden, that if he was going to leave Ms. Archer in charge of the entire museum operation when he left town to lead art tours around the world, he had better make her assistant director, which he happily did. Mary Lee earned a reputation as an individual of wisdom, discretion, and multifaceted competence. She was the go-to person to solve problems and calm nerves. Mary Lee was beloved and respected by museum staff and city staff, volunteers, artists, and other professionals in the museum world. She is owed credit for a good portion of the new-found administrative stability enjoyed by the museum following a decade of ever-changing directors.”

After George’s retirement, he and Mary Lee were able to take two long-anticipated and greatly enjoyed trips to Europe. She retired from the museum in 1988, settling down to sing in local choirs, grow daylilies, and fulfill her favorite role as grandmother of son, Richard, and daughter-in-law, Cheryl’s children. Granddaughter Katy recalls, “I remember she was always singing…I loved spending my summers with her, learning how to garden and crochet…She was always curious about my interests, from Pokemon to punk and genuinely wanted to learn about them. One of the things that I appreciate most about her is that she never once tried to change who I was.“

In the midst of being the doting “Granner” for Katy, born in 1988, Mary Lee suffered the loss of husband George, who died after a long struggle with cancer in 1992. In 1994, she moved to Bend, Oregon to be near her daughter, Lee Anne and husband, Robert, as she grew older. Together they enjoyed adventures in her new home in the Northwest until the unexpected loss of Lee Anne, who died of breast cancer in 2006. That led her to move to Texas, near the family of her son, Richard and his wife, Cheryl, which now included Jamie, born in 1993 just before she left Wichita.

First residing in New Braunfels and then in San Marcos, she rekindled her special role as grandmother. She often remarked that she never expected to have the chance to get to know her grandchildren more closely and to watch them grow up. This experience included watching Katy attend college and developing a special relationship with Jamie. Jamie, who has nonverbal autism, says (spelling on his letter-board), “My Granner was my dearest and best friend. I loved her more than I can say. She never, ever made me feel like my autism was a problem. No one else in my life ever did that.”

Although she was diagnosed with dementia five years ago and gradually lost many of her mental faculties, we are grateful that she never lost the ability to recognize her family members and reward their visits with a smile. Her appreciation of beauty, her affinity for all young children everywhere, her love of music, and her singularly beautiful singing voice stayed with her even into the final weeks and days of life. Brookdale Hospice visited her with music therapy, bringing back to her that gift of music that she gave to those in World War II hospitals and bases when they needed it.

In addition to her son and his family, Mary Lee’s survivors include her brother, John Richard (“Mickey”) Brower, his wife, Leona, Mary Lee’s brothers’ surviving children, including three nieces and a nephew, and Robert Sacks, her son-in-law, and his new family.

According to Mary Lee’s wishes, no service will be held. Memorial gifts may be made to HALO (Helping Autism through Learning and Outreach), St. Jude Children’s Research Hospital, and to The Wichita Art Museum.

The family wishes to give special thanks to the staff and residents of Brookdale San Marcos-South, where she made her home for the past 5 years. They became her true friends. The family is very grateful, too, to the staff of Brookdale Hospice, who helped offer Mary Lee and our family comfort and memorable experiences at the end of her life.