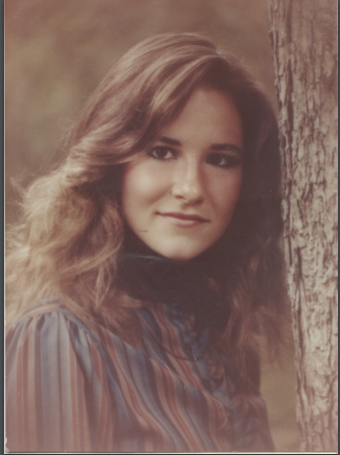 Beloved sister, mother, and aunt, Melanie Galye Die, passed away on Tuesday, February 11, 2020, in her sisters’ home in San Marcos. She was 54 years old. The youngest of five sisters, Melanie was born in Woodville, Texas, on July 21, 1965, to Tommye June Dumas Die and Joseph Carrell Die. She was the mother of two children - Adrian Orion and Savannah Noel Die.

Melanie is survived by her children and her sisters, Pam Gravis (Kearney), Ava Purkey, and Amy Ubernosky; her nieces, Celeste Hollister and Amber Walsh; nephews, Christopher & Amy Gravis, Jason & Amy Ubernosky, and John Michael Ubernosky; as well as numerous great nieces, nephews, and cousins, and her lifelong best friends, Kelly Logan Murphy and Diane Riddick Wilhite. She is preceded in death by her mother and father, and oldest sister, Debbie Talbert.

The family would like to thank Hope Hospice, Comal County and Hays County, for their wonderful care of Melanie in her last days. We would also like to thank Lisa Tanksley and the Beautiful Housewives of San Marcos, Leadership San Marcos, Clay DeStefano and the Price Senior Center and Stephanie Calvino for the beautiful flowers and candles.

A memorial service for Melanie will be held at Price Senior Center on Friday, February 14, at 2 p.m.