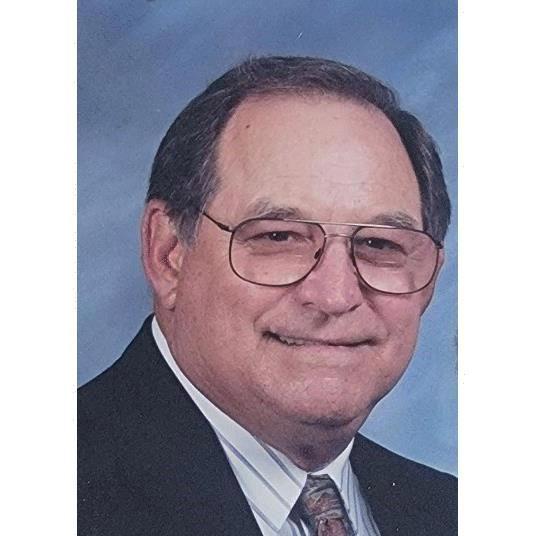 Robert Jerry Zavesky, our beloved Dad and Pops left us to walk with his LORD on July 15th at the age of 86. He had a life well lived. He was good, honest, loving, and smart, trustworthy, fun and a great Christian man. All things we strive to be and accomplish.

He was preceded in death by his parents, Joe Zavesky and Linda Brieger Zavesky and brother Jimmie and his wife of 61 years, Gayle Hall Zavesky. He is survived by his adoring children, Joey and wife Suzanne, Lorrie and husband Marvin and Chuck and wife Suzanne; six grandchildren, Taylor, Amanda, Travis, Logan, Lawson, and Hannah and three great granddaughters, Willa, Cora and Alice.

Born on June 1, 1935 in Moulton, Texas, he grew up in Runge, Texas and graduated from Runge High School. He met his sweetheart Gayle Hall attending Southwest Texas State University and they married on October 15, 1955. He received a Bachelor of Business Administration degree and later attended barber school in San Antonio and became the local barber in San Marcos Texas. In 1976 he went on to receive his Master of Arts degree at the University of Texas in San Antonio where he wrote his thesis and published a book on a Junior College program for handicapped learners. Shortly after, he began a new journey opening the Gonzales Warm Springs Rehabilitation program in Gonzales Texas where he assisted students with their education going through rehabilitation. He was then hired on as Professor of the Business Department at Victoria College. After retiring in 1997, Jerry and Gayle traveled the country in an RV admiring our beautiful country going to places and working RV campsites in the Grand Tetons, Yellowstone, Upper Michigan, and New England. He loved fishing, playing dominos, barbequing, camping, playing golf and telling stories and jokes.

Jerry believed in serving his Lord, teaching countless hours of Sunday school and proudly took on the role of deacon in the church at First Baptist Church in San Marcos, Texas and Baptist Temple in Victoria, Texas and was a current member at Parkway Baptist Church.

A very special thank you for the tender love and care the staff and doctors at Post Acute Medical and South Texas Hospice (Dornburg Center of Compassion) in Victoria gave to Dad over the past weeks. In lieu of flowers, donations can be made in Jerry's name to support the mission of Hospice of South Texas at www.hospiceofsouthtexas.org.

We were all made better because Jerry existed and are thankful for the memories we share with him.

Thoughts and memories may be shared online at www.gracefuneralhome.net.

Arrangements and services under the personal care of Grace Funeral Homes.