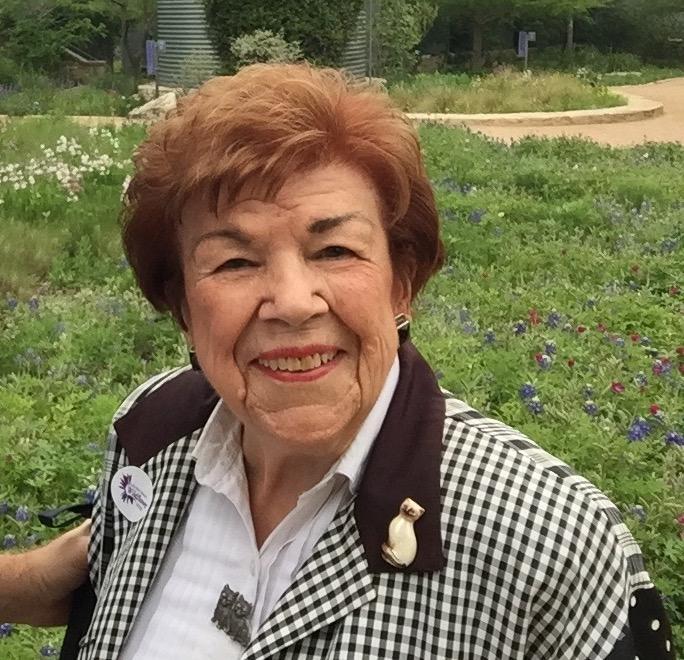 Rose Bobbett Ayers, a longtime resident of San Marcos, Texas, passed away at the age of 98 in Chandler, Arizona on Friday October 30.  She was preceded in death by her parents, her husband Russell Cameron Ayers, and her sister Clara Ernestine Bobbett Romano, and was survived by her half-brother Wesley Bobbett and his wife Ann, her brother-in-law Vince Romano, nieces Nancy Romano Borowicz and Karen Bobbett Card, and two nephews, Jack Romano and Kevin Romano.

Rose was born to Ernest Edwin Bobbett and Winifred Baker Bobbett in the Town of Throop, New York on November 5, 1921.  She graduated from Port Byron High School in Port Byron, New York, and attended Kent Business School (now Auburn Community College) in 1941 and 1942.  In 1943, she enlisted in the Women’s Air Corp.  During World War II, she served much of her enlistment as a WAC at Moore Field in Edinberg, Texas, where she learned to fly Piper Cub aircraft.  After her discharge from the Army as a corporal, she moved to New York City where she attended the Grace Downs Modeling School.

In 1946, Rose moved joined her sister Clare in Philadelphia, where Rose worked as Head Cashier for Ernst and Ernst (later Ernst and Young, and now EY) from 1946 to 1966.  In 1953, Rose graduated from the University of Pennsylvania, Wharton Evening School of Accounts and Finance with a Certificate in Accounting.  After graduating, she was the Treasurer, Vice-President, and President of the American Society of Women Accountants from 1957 to 1962.  From 1955 to 1968, she was the Secretary of the University of Pennsylvania Wharton Evening School Alumni Society, from whom she received the Distinguished Award of Merit in 1964.

Rose married Russell Cameron Ayers on February 19, 1966 in Philadelphia.  After their marriage Russ was transferred to Atlanta, Georgia and after eight years there, the couple moved to San Marcos, Texas, in 1973.  Shortly after moving to San Marcos, Russ and Rose jointed the Heritage Association of San Marcos, for which Rose served as Treasurer of the Association for many years. As a descendant of Noah Maltby, Rose was a member of the Daughters of the American Revolution and served as Regent of the Thomas Moore Chapter from 2003 to 2007.  She was also a member of General Society of Mayflower Descendants, being a descendent -- on her mother’s side -- of Myles Standish, John Alden, George Soule, and William Mullins.

Rose will be remembered by all who met her – and all the deer and cats she fed -- as a spirited and independent woman who left you knowing that you were in the presence of class, grace, and charm -- truly a rare combination.

There will be no local service, interment will be in Auburn, New York.