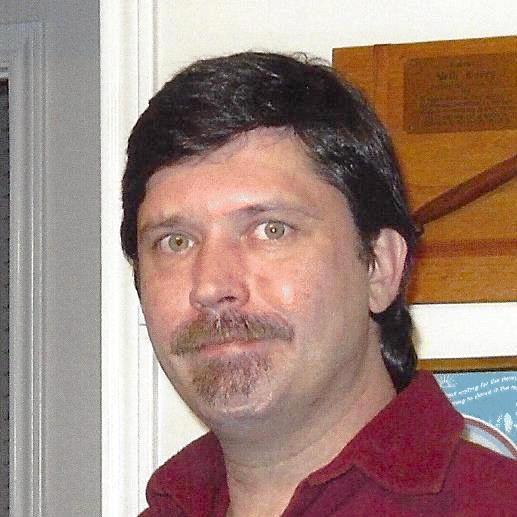 A graveside service will be held at 1 p.m. Saturday, Sept. 15, 2018 at the Murray Cemetery in Young County, Texas. McMillan-Satterwhite Funeral Home in Graham, Texas is in charge of arrangements. When Tim was 6 months old the Covey family moved to Austin. Tim was a happy baby and stayed with a baby sitter from age 6 months to 4 years. When he was 4 years old he started to Hyde Park Baptist Church pre-school program. He continued to go to school at Hyde Park Baptist in Austin from 1st grade through high school. Tim was always a bright happy young man and played baseball and soccer with youth league, learned Karate and was in Boy Scouts. He bowled with a league for several years. At age 9 years, Tim accepted Christ as his savior and became a member of Hyde Park Baptist Church in Austin. Summer camp at Pine Cove in Tyler, Texas and Camp Travis on Lake Travis were high points in his life from youth through high school. He was in the Civil Air Patrol where he mentored younger members at weekend retreats. Tim lived in Austin until 2005 when he moved to San Marcos to continue his studies at Texas State University studying Sociology.

Tim was preceded in death by grandparents many uncles, aunts, & cousins.

Survivors include his parents Terry and Beth Covey of Granbury, cousins Ron and Cindi Chenault of Arlington, Don and Vicki Chenault of Austin, Steve and Nona Kramer of Phoenix, AZ, Michelle Maygarden Sanchez of Baytown, Randy and Suzi Harkey of Brownwood, Marsha Childress of San Saba, Duffy and Cathy Kincheloe of Dallas, Beth Henderson of Dallas, Don and Linda Chapman of Austin, Jay and Patty McFarland of Austin, and Mike and Peggy Everhart of Miles River, North Carolina, and many special friends and extended family.

Tim had many special friends in San Marcos who gave support to Tim and the family during his last days.