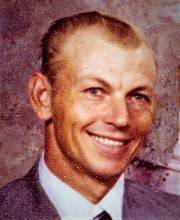 Wimberley native, longtime and beloved resident, Tommy Van Haley, went home to be with the Lord on Friday, Aug. 3, 2018 after losing his battle with cancer. Van was born in Wimberley on March 15, 1938 to Tommy “TJ” and Josie (Harris) Haley. His grandparents were Walter and Mattie (Gay) Harris of Wimberley and Alan Jefferson and Maude (Waterhouse) Haley of Mason, Texas.

Van had an idyllic childhood playing along the Blanco River with his dog “Sugar” and pet deer “Baby.” He loved to hunt and fish and often hunted coons at night with John E. Harris, his uncle, and others. Van and his parents, Jack Oldham, Curlo Morris, Bill Smith, Dwayne Berry and their families fished at Port Isabel for flounder and redfish for over 20 years. These men were also dedicated to fishing area lakes and the families enjoyed fish frys on Monday nights at the Oldham’s.

“Cotton,” as he was nicknamed, graduated from San Marcos High School in 1956. He also attended Southwest Texas. Early in life he worked with his uncle, John E. Harris, a rock mason, and others to build the steps up Old Baldy. In 1960 he went to work for his father-in-law, Floyd Smith-general contractor. Later he started his own general contracting business and built in Wimberley for 30 years. He was entrusted with the expansion of the vault for Wimberley Bank (now Ozona) in 1983, constructed the bank drivethrough building and many of the fine homes in Wimberley. In the 1980s he built and operated The Dipstick and H & N Insulation.

Van Haley became a lay-minister for the Wimberley Christian Church in the mid-1960s. In 1983 he was ordained and served as pastor for years. Van was a charter board member of the Wimberley Lions Club serving as the first Vice-President and the second President of the club (1970-71 year). He worked to start Market Days, initially held on the square, and served on the committee to move Market Days to the present location on FM 2325. Van served on the Board of Directors of the Wimberley Bank and the Chamber of Commerce. He was on the Wimberley School Board when they voted with Kyle and Buda to form Hays Consolidated.

In the 1960s and 1970s Van loved playing league volleyball and softball. He coached several of the children’s teams into the 1980s. He also enjoyed coffee with friends at the Dinner Bell, playing cards and dominoes, woodworking and travelling.