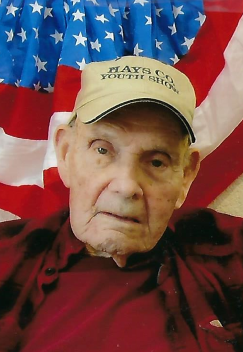 Vernen Dean Plocek died peacefully on Saturday, July 27, 2019 at the age of 92.  He was born on September 8, 1926.  He was the second son of Arnold and Josephine Plocek.  He was born and raised in Falls County.

He is preceded in death by his son, William Vernen Plocek.

Vernen’s life on this earth was focused on his family. He was a loving father and an amazing Dad, Gramps, and Pop. He put the needs of his family above those of his own. He was an avid hunter, fisherman, and wood worker. He was a veteran of WWII. He was always looking for a way to help his family and others. He worked for over 42 years in the air conditioning and heating business.

Visitation will be held at Thomason Funeral Chapel on Friday, August 2, 2019 from 1 p.m. to 2 p.m., with a Funeral Service to follow at 2:00 p.m. The Burial will be held at a later date at Fort Sam Houston National Cemetery in San Antonio, Texas.

In lieu of flowers the family asks that donations be made to the American Cancer Society.