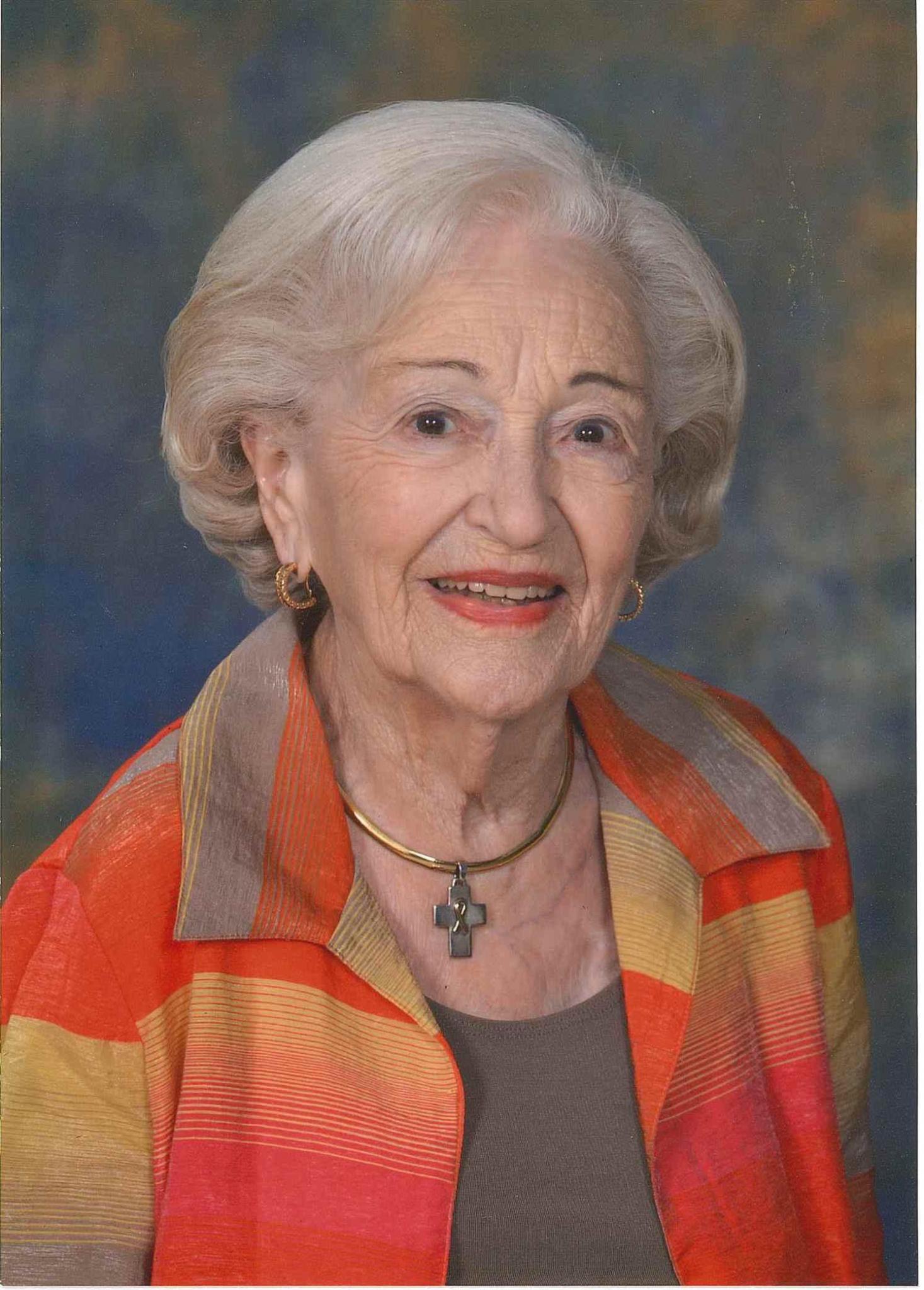 Virginia Nail Moore of San Marcos, Texas died peacefully on June 26, 2018 surrounded by her children. She lived to be almost 97 and was born in Crawford, Texas on Sept. 1, 1921 to William R. Nail, Jr. and Allie Curbo Nail. Her family moved to Dallas, Texas when she was six months old where she grew up and graduated from Woodrow Wilson High School.

Virginia attended Southern Methodist University and the University of Texas. On March 28, 1944, she married William L. Moore, Jr. and remained a Dallas resident while he completed medical school.  After his graduation they lived in New York City and San Francisco, California while he completed his internship and military service.  In 1949, they settled in San Marcos, Texas.

Virginia is survived by: her son, Robert Nail Moore, her daughter Gina Moore Eben and her husband Jack of San Marcos, her nephews Richard A. Gump, Jr. and his wife Diana of Dallas and Chuck Nash and his wife Elizabeth of San Marcos, her nieces Dr. Marilyn Gump Stewart of Dallas and Nancy Harper of Austin and 23 great nephews and nieces.  She is also survived by her step grandchildren David Eben and his wife Kelly and Keri Eben Wilson and her husband Rob along with 9 step grandchildren.

Virginia loved to shop, read, cook, play bridge, work crossword puzzles and was the best hostess at any time, even if you simply stopped by for a cup of coffee! She spent her life supporting her husband of almost 58 years, Dr. William L. Moore, as he carved out a special place in the medical community of San Marcos. She also supported her kids in their life’s education, careers and adventures. She surrounded herself with young people all of her life and, along with her two kids, adopted many as her own!

Donations may be made in her name to the charity of your choice, but her favorites included the First United Methodist Church of San Marcos (give.fumcsm.org/parking lot acquisition) and Chi Omega (chiomega.com/Donate/Select a fund/Housing funds/Alpha Zeta Housing Campaign).

The family would like to thank Mary and Cathy Natal, Velia and Pete Espinoza, Trinidad Home Health Care Services, Visiting Angels and Central Texas Medical Center for their loving care of our mom!