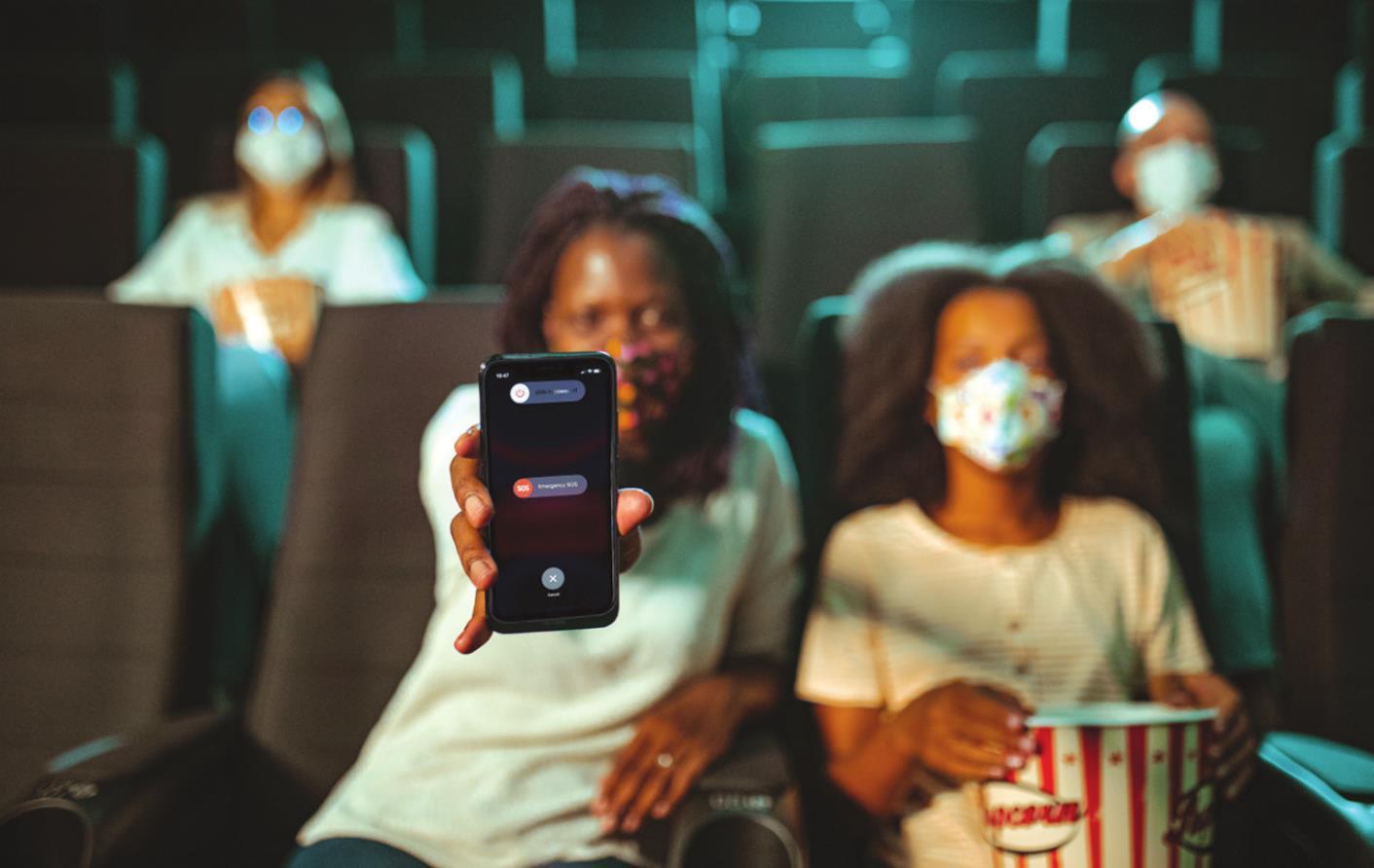 Not in our living rooms anymore: Cell phones have no place in the theater. Photo by Celeste Hollister

It probably goes without saying, but I love the theater. I adore musicals and plays with a reverence beyond words. I love the feeling of being transported from the mundane world to the magical realm of the stage, so much so that I have spent the last 26 years writing about the theatrical experience.

A big part of that experience is the suspension of disbelief, of being lifted from the everyday and carried into a shared camaraderie between the actors and members of the members. We engage in a kind of shared dream space that gives us a much-needed break from reality.

After a couple of years in lockdown, where theater experiences were limited to our living rooms and electronic devices, people are even more eager now to engage with live performances.

However, it seems that our time apart from society has, in some cases, eroded our manners. This was unfortunately the case for my son, his partner and me two weeks ago at the live production of Disney’s “The Lion King.”

The Bass Concert Hall, where we saw “The Lion King” always announces and posts their cell phone policy ahead of every show. Like with many theaters, they institute a strict no cell phone policy during performances. This is especially important in live theater, where a ringing phone can distract the players on the stage, let alone the people in the audience.

Sadly, the three women in front of us did not get the memo. During the first act, all three women actively scrolled through their phones, with one of them using her phone as a flashlight to read her Playbill.

In the darkened theater, a cell phone’s light is blinding. This woman’s phone was so bright, ships could have used it to navigate the seas. It was absolutely piercing, and every they turned their phones on, it yanked everyone around them back to reality, effectively breaking the spell of the play.

Finally, my son — always braver than me — politely asked the women to put their cell phones away. The flashlight-wielding woman explained that she was using it to read her program. Which, honestly, no kidding; Everyone in the theater could read her program by the brightness of that device.

With politeness and patience, my son said, “Please, we’re not supposed to use our phones in the theater, and it really does hurt my eyes every time.”

The woman responded in a way we did not expect. She proclaimed that he was “not the boss of her” and then the three women proceeded to giggle and purposefully flash us for the remainder of the act.

We were dumbfounded. We were hurt. We felt indignant and powerless, and because we were in the center of the orchestra section of a sold-out playhouse, we felt like there was nothing we could do. Reporting their behavior would disturb every person between us and the ushers positioned at the doors.

So we waited and we seethed while these three women — all of whom were my age — continued to bully us with our phones. I didn’t know what to do because, while I’ve had this kind of thing happen at movie theaters from time to time, it’s never occurred at a large-scale venue like Bass Concert Hall where orchestra tickets for these performances can range up to $250.

But it is not about the ticket price. It’s about courtesy. It’s about understanding that we’re not watching movies in our PJs anymore. We’re in a theater full of people, and we’re affected by each other’s actions. That’s part of the experience of the stage. It’s communal. For the duration of the play, when we take our seats, we enter into a silent compact together. We’re taking part in this journey, and that requires us to be mindful of those around us.

We need that connection now. Especially now. We’ve been disconnected from each other long enough.

Thankfully when the act ended, we found an usher who put us in contact with the house staff of Bass Concert Hall. They took down the seat numbers of the women who were using their phones and assured us that they would eject people from the theater for violating their cell phone policies.

At the end of the show, the women looked as though they wanted to say something to us. However, a person directly behind me leaned in and thanked us for trying to stop the women from using their phones.

“The Lion King” was an amazing show. It was breathtaking and gorgeous. The costumes and puppets are unlike anything you will ever see. They are truly ingenious. For us, only part of our experience was tarnished by these inconsiderate women with their cell phones.

However, if you’re in a situation like this in the future, don’t hesitate to find a manager. If someone is misbehaving or being inconsiderate, you have the right to set things straight. And most likely, the people around you will thank you for it, too.