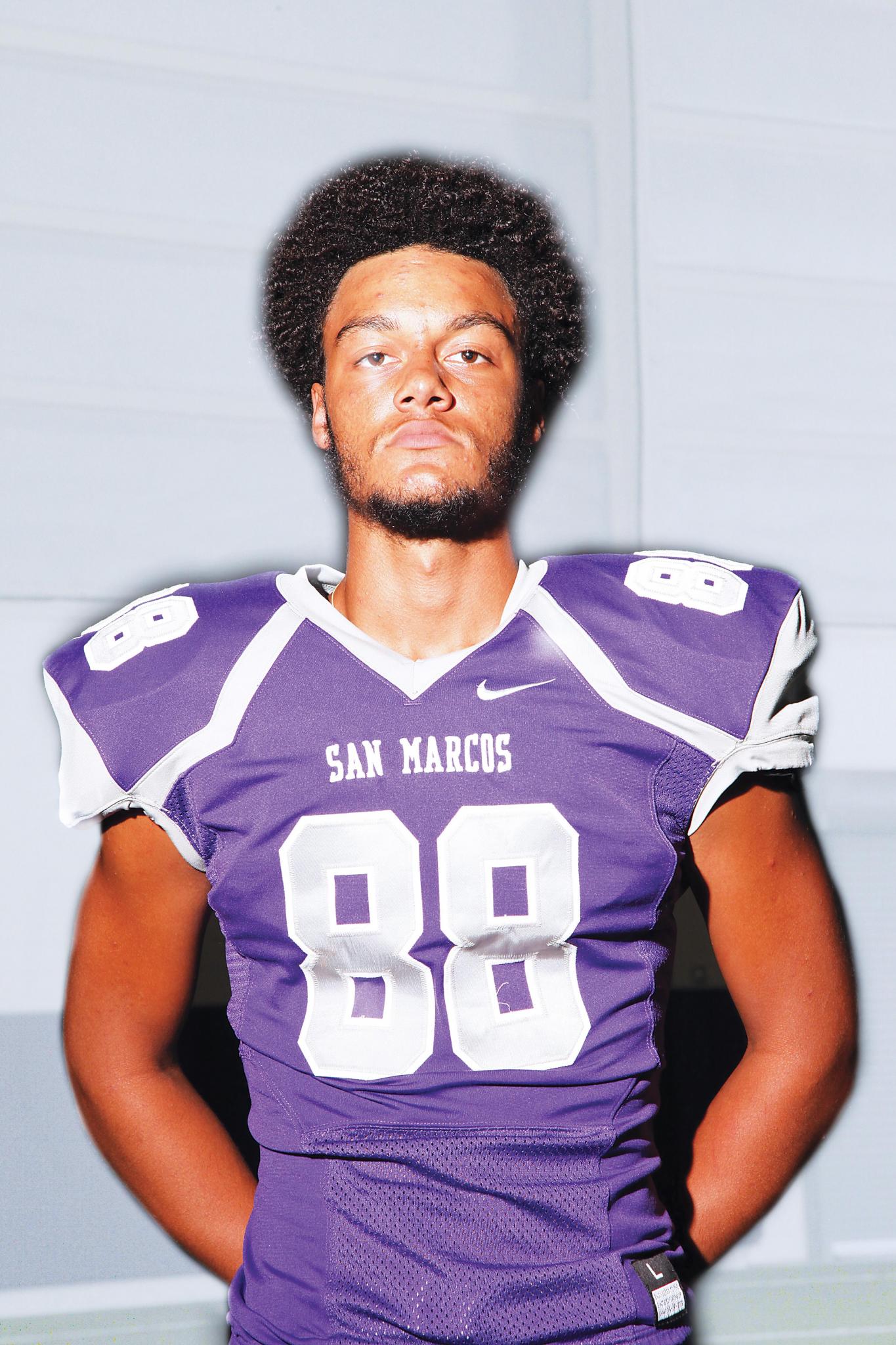 The outside receivers coach looks at every aspect of what makes a wideout top-tier. Numbers matter, of course. But intangibles that don’t show up in the box score matter, too. Did you practice hard? Did you pancake the cornerback on a run play? Did your catch keep the chains moving?

“We look at their discipline, their attitude, their work habits,” Young said. “So, all that goes into it, as well as how they perform on Friday.”

The odds weren’t in Elijah Edwards’ favor last week. The senior wide receiver came down with a stomach bug on Sunday and ended up missing school on Monday. When he returned to practice on Tuesday, his coaches made sure not to overwork him and limited his reps.

It left Edwards in a vulnerable position. He knew he had to allow himself to recover. But missing reps meant that someone could take his spot atop the depth chart. Still, he did what was best for the team and tried to help the younger receivers in case they received a bigger role.

“I always just (give) positive thoughts,” Edwards said. “Like, I don’t talk down on them when they do something bad or something like that. Just try to keep them up.”

By Friday, Edwards was feeling like himself again and was given the green light to play in the team’s district opener on the road against East Central.

San Marcos’ offense stalled during the second half. Down 24-7 with around seven minutes remaining in the third quarter, the Rattlers turned to Edwards to get them back in rhythm.

On 3rd and 9 from their own 20-yard line, junior quarterback Alex Garcia received the snap and rolled out to his right. Edwards sprinted to the 30, stutter-stepped to the 35 and turned back to his right shoulder. Garcia lasered the ball his way. Edwards reeled it in and tapped his toes before stepping out of bounds for a first down.

“My footwork and my speed is what I’ve been working on mainly,” Edwards said. “Just doing ladder drills and just running sprints. Sprints in the hot sun.”

Three plays later, San Marcos had 1st and 10 on the 50-yard line. Garcia dialed up a bomb for Edwards again, this time on a streak route. Edwards only had a step on his defender. But at 6-foot-2, the senior was able to use his size to his advantage.

Edwards leapt into the and snagged the ball over the cornerback and crashed down at the 23, good for 27 yards, the longest catch of his career.

San Marcos went on to score five plays later on an 8-yard run by senior running back Jamon Johnson, cutting the lead to 24-14. Though the Rattlers went on to lose the game, 31-21, the drive was a huge momentum boost at the time.

Young awarded Edwards Player of the Week for keeping the drive alive. Edwards is up to three catches this season for 61 yards and a touchdown. He plans to keep doing what it takes to be the Player of the Week.

“He’s real quiet. But he’s exciting to watch,” Young said. “It’s easy to like a kid like that.”