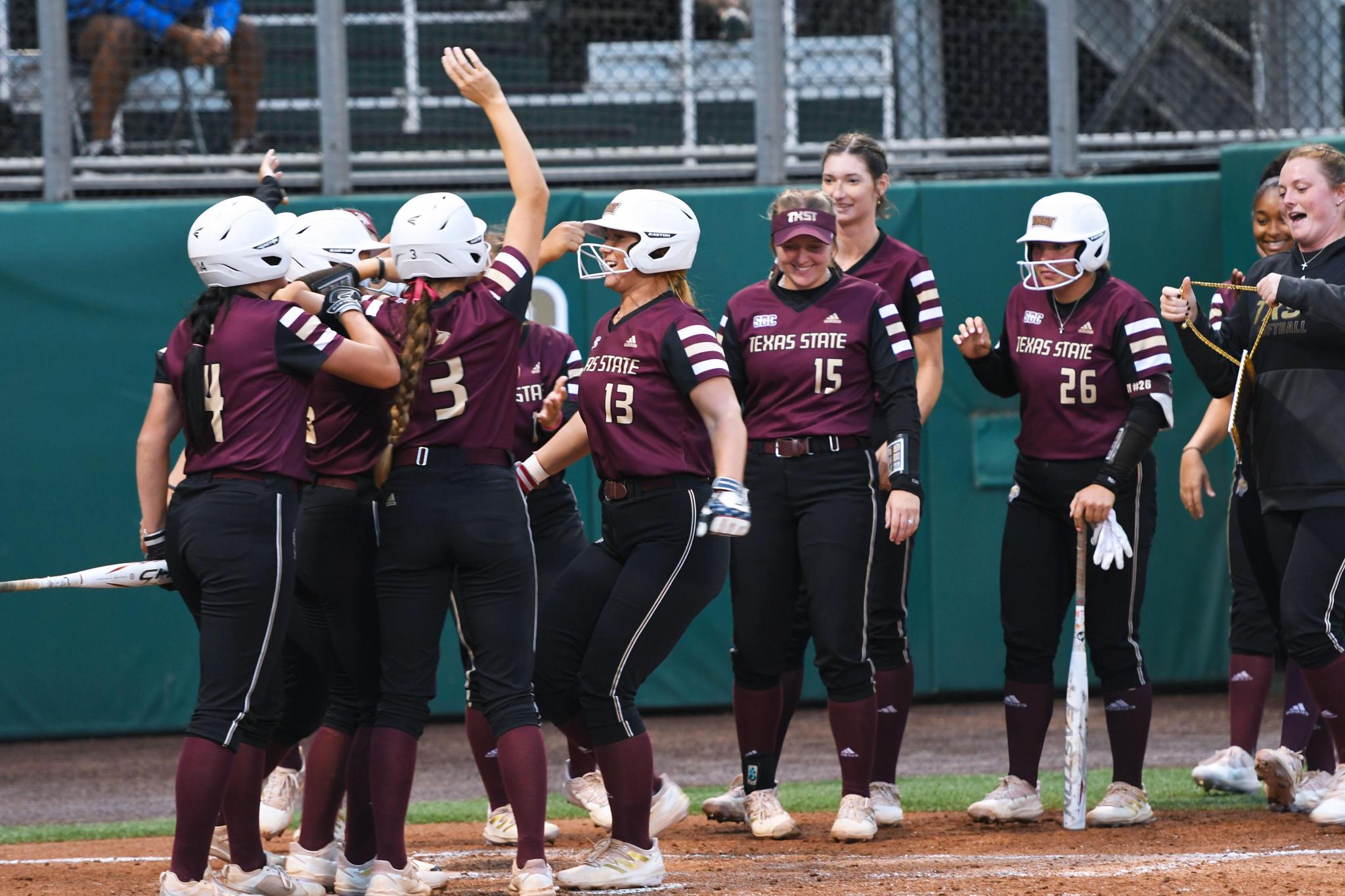 A 12-run fourth inning propelled Texas State past Incarnate Word on Tuesday for its sixth-straight win, run-ruling the Cardinal in five innings inside Bobcat Softball Stadium, 12-0.

It’s the most runs in a single inning the maroon and gold have scored since Feb. 22, 2019, when they put up 14 in a frame against Virginia Tech.

“In typical coach fashion, I wish they would’ve spread those (runs) out a little bit throughout the game instead of the one inning where we went big, but that’s kind of (how) our sport (works),” head coach Ricci Woodard said in a statement. “If a team can control the damage every inning, it usually wins but that was kind of fun to watch, especially after how we came out and performance during last night’s game, too.”

The hosts loaded the bases in the bottom of the first inning but left all three runners stranded. They then went down in order in the second. Freshman outfielder Ciara Trahan swung for a base hit to centerfield in the third, but Texas State hit into a double play in the next at-bat to end the inning.

Meanwhile, sophomore starting pitcher Jessica Mullins held UIW (13-27, 3-6 Southland) in check, only allowing two hits and fanning six batters across the first four frames. It left the score knotted up at 0-0 heading into the bottom of the fourth.

Sophomore third baseman Anna Jones led off with a single through the right side. Senior catcher Caitlyn Rogers followed it up by knocking the ball over the left field fence for a two-RBI homer — the first score of the night. Sophomore outfielder Piper Randolph and shortstop Claire Ginder added a base hit each, causing the visitors to make their first pitching change.

Junior first baseman Tori McCann was hit by a pitch in the next at-bat, loading the bases for the Bobcats. Senior outfielder Kylie George was walked on a full count, allowing Randolph to cross home plate for a free run. Senior designated player Cat Crenek cleared the bases with a grand slam to left field — the team’s second this season — extending the lead to 7-0. Trahan drew another walk and UIW made its second pitching change of the frame, still without an out.

Junior second baseman Sara Vanderford took another base on balls and a single through the right side by Jones allowed Trahan to score from second and Vanderford to advance to third. Rogers earned a walk, loading the bases again, and a double to left center from Randolph brought in three more runs, making it 11-0 and resulting in a third pitching change by the visitors.

The hosts weren’t done yet. Ginder singled up the middle, putting runners on the corners. Senior Samara Lagway pinch-hit for McCann in the next at-bat and grounded out to the second baseman, plating Randolph from third. It was the first out of the inning.

Crenek struck out swinging and Trahan lined out to third base, finally putting an end to the frame. Texas State totaled four walks and nine hits during the inning, which left them with a 12-0 lead and needing three outs for the run-rule win. Sophomore right-handed pitcher Karsen Pierce closed out the game, striking out the side for the blowout victory. Mullins was credited with the win, improving to 17-11 on the year.