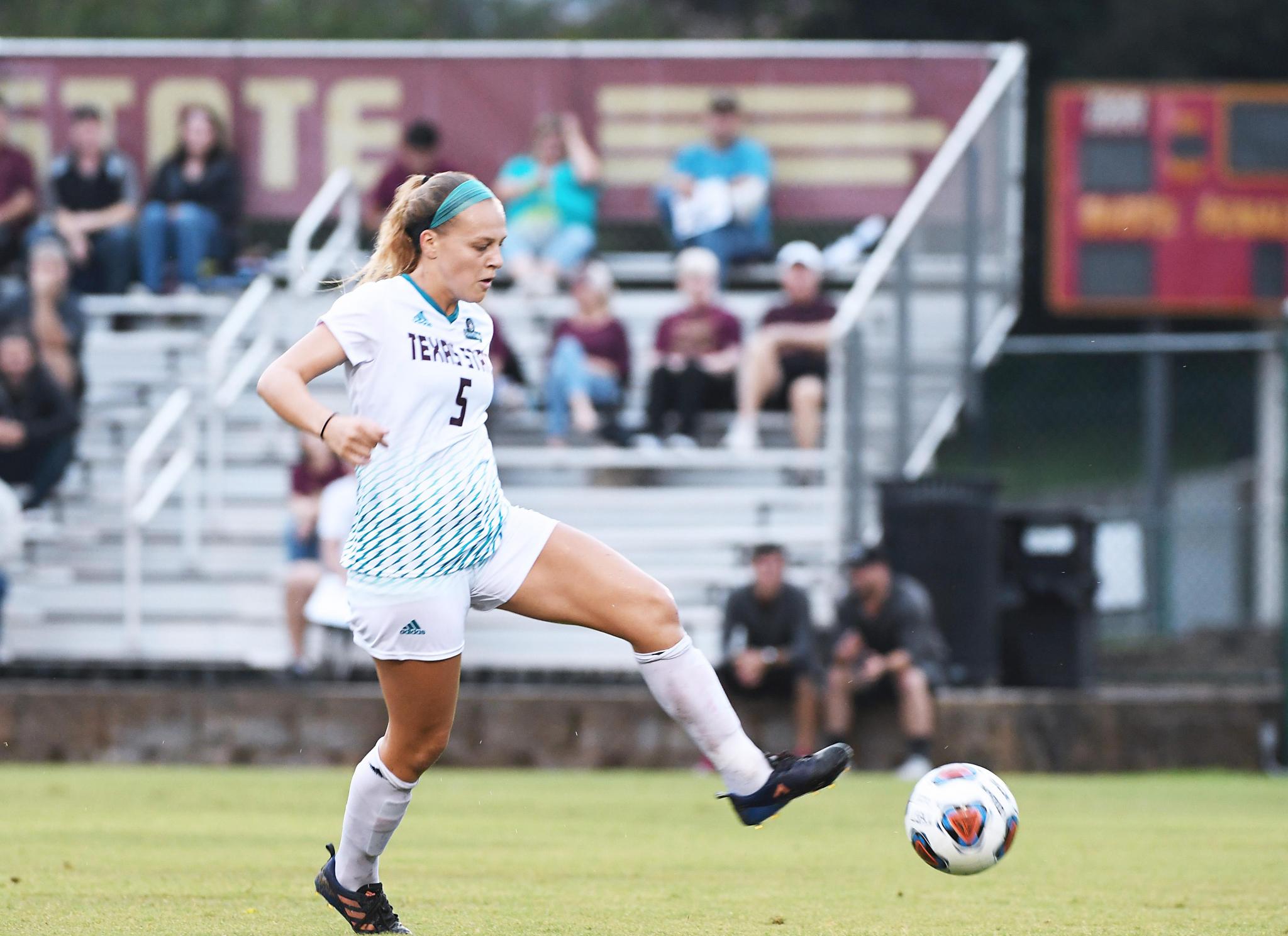 On one hand, the Bobcats have an opportunity to win the Sun Belt regular-season championship outright in front of their home crowd. But it will also be the duos final game in San Marcos.

“I think it’s going to bittersweet because we all know this weekend is really big for us if we win both games,” Brown said. “We’re really proud of our team but also sad knowing that it’s the last time.”

Added Barbalias: “It’s kind of going to be a big change for sure. I’ve been playing soccer my whole life, so leaving that is going to be kind of tough. But, I mean, we’ve had an awesome senior year. So, it’s been great at the same time.”

The choice to come to Texas State was easy for both Brown and Barbalias.

For Brown, it’s almost a family tradition. Her dad, Joe, played football for the Bobcats. Brown’s sister, Jourdan, was a member of the soccer team from 2011-14.

“That kind of led me here, kind of a family tradition in a way,” Brown said. “Knowing the program here and everything about San Marcos — I love the river and everything to do here.”

For Barbalias, it was about achieving her dream of playing Division I soccer. “So, whenever I was going through the recruiting process, I was looking at schools in Texas kind of like somewhere near home," Barbalias said "So, when I came to visit this school, I fell in love with it and just really liked everything about it and the team. They were really welcoming.”

Brown and Barbalias have been important members of Texas State’s team. The Bobcats are a young team with 17 of its 25-member roster composed of underclassmen. Head coach Kat Conner said it’s been huge to have the two seniors’ presence this season.

“It’s funny because Kelly is really quiet with me, but you’ll see her be a big sister to the freshmen,” Conner said. “She’s really taken Hannah (Solano) under her wing. Even before Hannah got hurt, and now she’s really making sure Hannah still feels included when Hannah went down with a knee injury. And then, Jamie has always been a big sister. Her sister Jourdan Brown played here. So, I think she just felt like it’s tradition that you’re always supposed to be mentoring.”

In their final home game as Bobcats, Brown and Barbalias hope the lasting memories of their time in San Marcos are winning the conference title Sunday and remembering the friendships they built at Texas State.

“Overall, I think playing with these girls and building the friendships that we’ve gotten to and just knowing that we were able to live out our dream that we strived for our whole lives,” Brown said.

Texas State will miss both of its seniors, Conner said.

“They bring such, to me, what we want in a Bobcat player," Conner said. "Obviously, we want them to do well in school and we want them to give everything they have and play for the team. And both of those ladies do. We’re going to miss them, but they’re having a great senior year.”