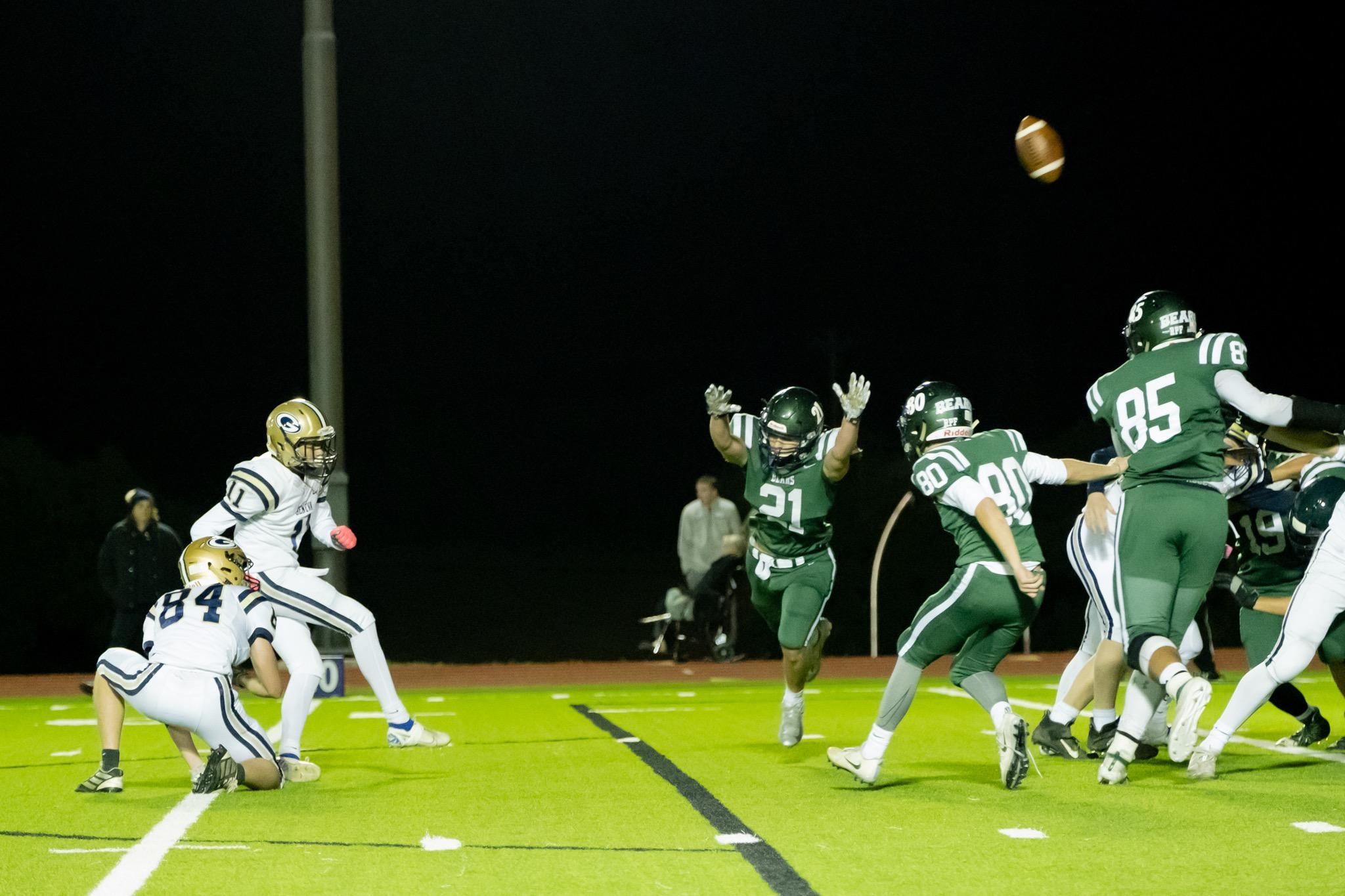 The Bears lost the game but won the season.

San Marcos Academy (6-4, 1-3 district) fell to Boerne Geneva (5-4, 3-0) in the Bears’ final regular season game inside Ingram Stadium on Friday, 49-0. But the team still has something to look forward to this year.

“It was a great season, no doubt,” head coach Les Davis said. “Tonight, we were just, we got a couple of injuries right at the beginning and then we just didn't respond very well. And they're a good football team, I'm not taking anything away from them. We didn't play the way we're capable of.”

The Bears finished the 2018 season with 1-9 overall record. This year, SMA improved by five wins and is heading to its first playoff game since 2015.

Davis credited his 19 seniors — who played in their final home game at the school Friday — for leading the team to new heights.

“They're everything,” Davis said. “You know, they've been here for four years or more, some of them all the way through middle school. For us, it's pretty unusual. But they're just a good group of kids that I'd go to war with anytime because I think that really, they've bought in, they've brought other kids along with them and made it enjoyable.”

Davis said the loss to the Eagles wasn’t the reflection of his team. Seniors Gino Dapollino and Animaan Singh were both sidelined during the first half with injuries, both major contributors to the Bears’ success this year. Dapollino finished the season with 256 total yards (third-most on the team) and scored four receiving touchdowns. Singh tied with fellow senior Daven Meredith for most interceptions with two each.

SMA will use its bye next week to heal and begin to prepare for its postseason matchup. Davis is excited for another opportunity to coach his players.

“We're gonna wait till Monday and then we'll make a plan,” Davis said. “And actually, I told the kids to take Monday off. The coaches will get together and we'll figure some things out over the weekend and just get after it. This time of the year, you know, the fact that you're getting to go one more time, it makes it a lot better.”