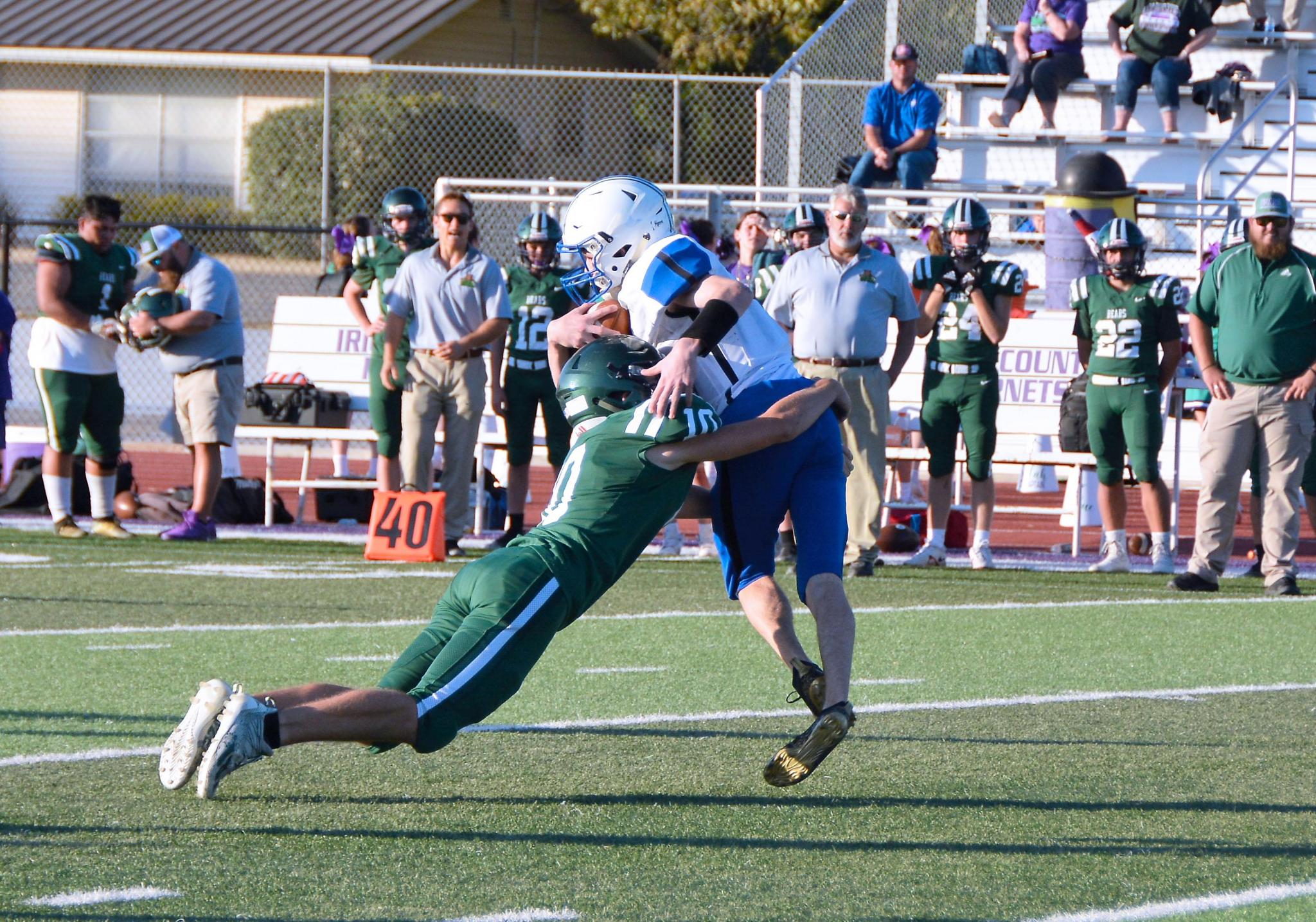 San Marcos Academy earned a win over Midland Trinity on Friday in the Regional rounds of the TAPPS Six Man Division I playoffs, 93-46.

The teamgot off to a competitive start, with the Chargers establishing a 22-16 lead over the Bears. But SMA came back in the second quarter to take a 40-30 edge at halftime and pulled away in the third, going up 72-32. The Bears held the lead in the fourth to take the 93-46 win.

"Junior Blanco had a great game blocking and made some big plays defensively," assistant coach Toby Wade said. "Cole and Chizi had great defensive games as well, and inaki got a big interception.  The difference maker was special teams, we recovered three onside kicks.

"Proud of these guys, we just keep responding to adversity, they understand the 'next man up' idea.  We again had a few key players that left the game with injuries, along with sitting out a key player recovering from an injury suffered last week and limiting snaps on another starter due to an injury."

The Bears now advance to the Semifinal round, where they'll take on district foe Austin Veritas Academy on Friday at 7 p.m. inside San Marcos Toyota Rattler Stadium. SMA will be looking for a different result than the team's first meeting on Oct. 22 in which the Defenders took a 64-44 win.