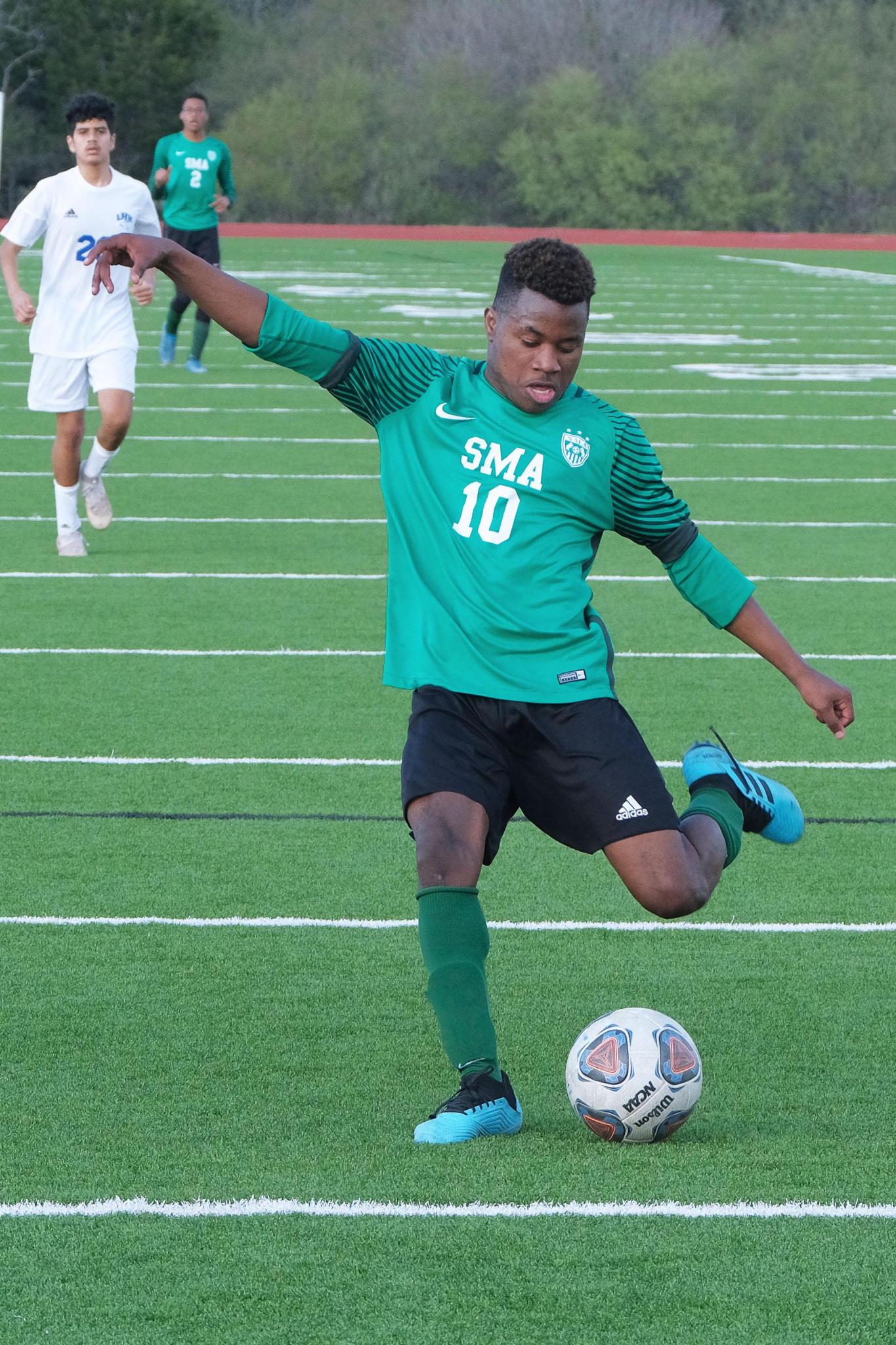 Bears dominate in second round of TAPPS playoffs

San Marcos Academy (14-1) dominance on offense for the duration of district play put them in position to receive a bye in the first round of the TAPPS playoffs. The week off didn’t stop them from opening the second round against Houston Lutheran North with a 6-1 victory at home Saturday afternoon.

Head coach Corey Schade was pleased with the first-round bye in order for his team to fully get back to practice and return some injured players.

“We know right now we have to win four games — well three now to win state — so that was going into our mindset whether we have the bye or not,” Schade said. “It just gave us a couple of extra days of practice and let us get healthy. This is the first time we’ve been healthy in about two or three months.”

It took less than a minute and a half for the Bears to put the ball in the back of the net as junior midfielder Sean Fiegl escaped his defender and put it right down the middle of the goal. At the 34:15 mark, San Marcos grabbed a 2-0 lead following senior midfielder Austin Lee’s penalty kick after being tackled in the box.

The second goal put pressure on the visitors knowing they would have to fight back against an offense averaging six goals per game. Schade explained how important it is for his team to get out to quick starts, especially in tournament play.

“I think it sets the tone. It makes the other team attack us more which helps us because it just spreads the field out more,” Schade explained. “That’s exactly what I told them, I was like ‘Hey, can we get two goals in the first 10 minutes?’ They did me even better and did two goals in the first (six) minutes.”

The scoring didn’t stop for Fiegl. From the right corner, the junior kicked a pretty curve that made the goalie dive the wrong way. His goal rewarded the team with a comfortable 4-0 lead heading into the half.

The Bears never resorted to complacency but Lutheran North finally found a way to break through and score a goal with 20:52 left in the game. With 1:49 on the clock, the visitors threatened another goal on a penalty kick but senior Micah Burton got his chance to make up for the one goal given up earlier.

“I was like, ‘I better catch this.’ I’ve been waiting all year to catch a (penalty kick),” Burton said smiling. “I was just really hoping he would kick it left.”

San Marcos will have a couple of days off before starting the regional round of the state tournament. They will cross paths with The Woodlands next week, with the time and location of the match still to be determined.

For Schade, it's not about who his team plays but how their own performance will affect the outcome of the games to come.

“Every game we play from here on out, it's going to get harder and harder. I know that we’re the best team in Division 3 in the state of Texas and right now this is our chance to prove it. We have that mindset that it doesn’t matter how good of a team we’re gonna play. If we play our best we can beat everyone out here,” Schade said confidently.