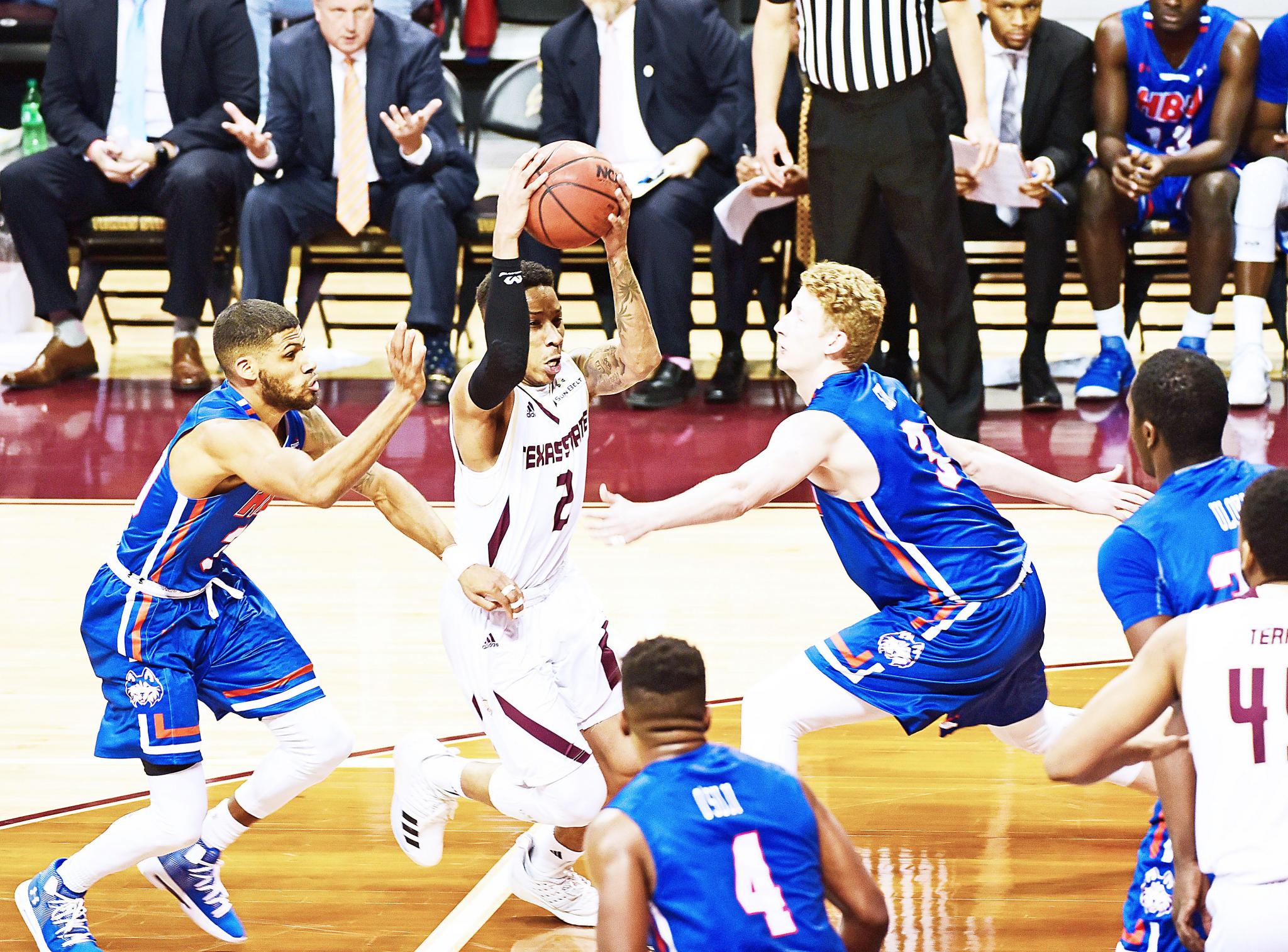 Texas State’s eight-game winning streak was snapped with a 73-70 loss to Arkansas on Saturday inside Bud Walton Arena in Fayetteville, Ark.

The Bobcats (10-2) got off to a hot start against the Razorbacks (8-3). Texas State knocked down the first buckets of the game with a layup from junior guard Jaylen Shead followed by a 3-pointer from senior guard Tre Nottingham.

Texas State kept its foot on the gas with back-to-back buckets from beyond the arc from Nottingham to take a 16-6 lead. The Bobcats saw their lead swell to 13 points before the Razorbacks caught fire.

Arkansas went on a 17-0 run and grabbed a 23-19 advantage. A jumper from junior guard Nijal Pearson ended the Bobcats’ scoring drought.

Texas State cut the deficit to one but Arkansas extended their lead to 34-27 at the half.

But the Bobcats didn’t let its late first-half struggles faze it. Texas State evened the game at 38-38 with a 3-pointer from junior guard Nijal Pearson.

But Arkansas pushed its advantage back out to nine with nine minutes remaining in the game. Texas State fought its way back to within two points twice: First with a jumper from sophomore forward Quentin Scott to cut the deficit to 45-43 and then with two free throws from Shead to cut the Razorback advantage down to 53-51.

Arkansas, however, pushed its lead out to double digits at 63-53. But Texas State rallied late in the game with 3-pointers from Pearson and Shead to get to within 72-68. A layup from redshirt freshman forward Alonzo Sule cut the Razorback lead to 73-70 but time expired and Arkansas held on for the win.

Nottingham paced the Bobcats with 18 points followed by Pearson, who had 16 points. Shead added 14 points, six rebounds and four assists. Texas State struggled from the free throw line against the Razorbacks, going 8 of 21 from the charity stripe, while Arkansas converted 28 of 40 free throws.