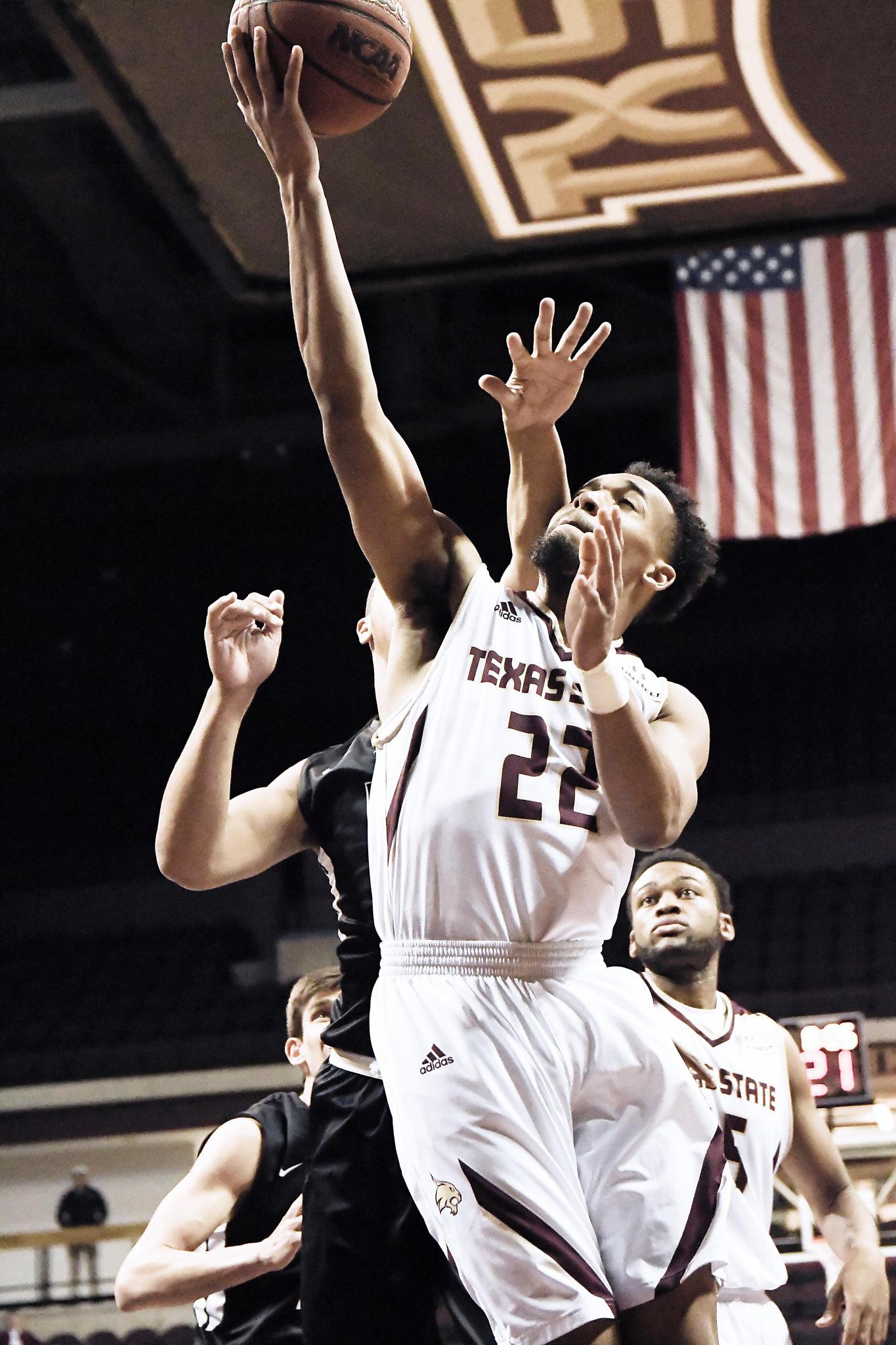 Nijal Pearson knew Texas State’s game against UTSA would be a 40-minute fight.

And the junior guard was right. The Bobcats escaped the Roadrunners’ Convocation Center with a 69-68 win on Saturday.

"I thought that this was a very intense and exciting game," head coach Danny Kaspar said in a statement. "This was a good win because we didn't play well offensively and still won. I feel very fortunate."

Pearson led the Bobcats with a game-high 26 points. His biggest bucket of day came with 11 seconds left in the contest. Trailing UTSA, 68-65, Pearson knocked down a 3-pointer to tie the game.

Texas State’s defense tightened in the final seconds. Junior guard Jaylen Shead came down with a rebound and was fouled with less than a second remaining in regulation.

Shead converted the first free throw and attempted to miss the second shot to let the clock run out. But his attempt didn’t hit the rim and gave UTSA an opportunity for one final shot.

The Roadrunners tried to inbound the ball but Pearson deflected it and time ran out.

"Our offensive efficiency wasn't very good, but we hung in there," Kaspar said. "Overall, our defense was pretty good. They have some really good offensive players and to beat them on their home court is a real treat for me, our team and our program."

The Bobcats grabbed their first lead of the contest with 1:34 left in the first half after a Pearson 3-pointer. But UTSA sophomore guard Jhivvan Jackson responded with a 3 of his own.

Pearson gave Texas State a 28-27 lead after another 3-pointer, which the Bobcats took into the intermission.

Pearson made another 3-pointer to begin the second half to push Texas State’ lead out to 31-27.

Both teams traded baskets throughout the second half.

"Alex hit some big threes down the stretch," Kaspar said. "He was silent for three quarters of the game, but in that last 10 minutes he was very instrumental in the win."

Shead won the game for the Bobcats with his last-second free throw.

"Jaylen's free throw was big," Kaspar said. "He hit that free throw to win the game. It was a good win because it looked like we might lose it, but we were fortunate that a foul was called on them. I was glad we won without going into overtime."

Texas State’s 7-1 start to the season matches the best start for the Bobcats since 1980-81.

Texas State returns to action on the road against Texas A&M-Corpus Christi on Wednesday at 7 p.m. The Bobcats take on Houston Baptist on Saturday inside Strahan Arena at 4 p.m.