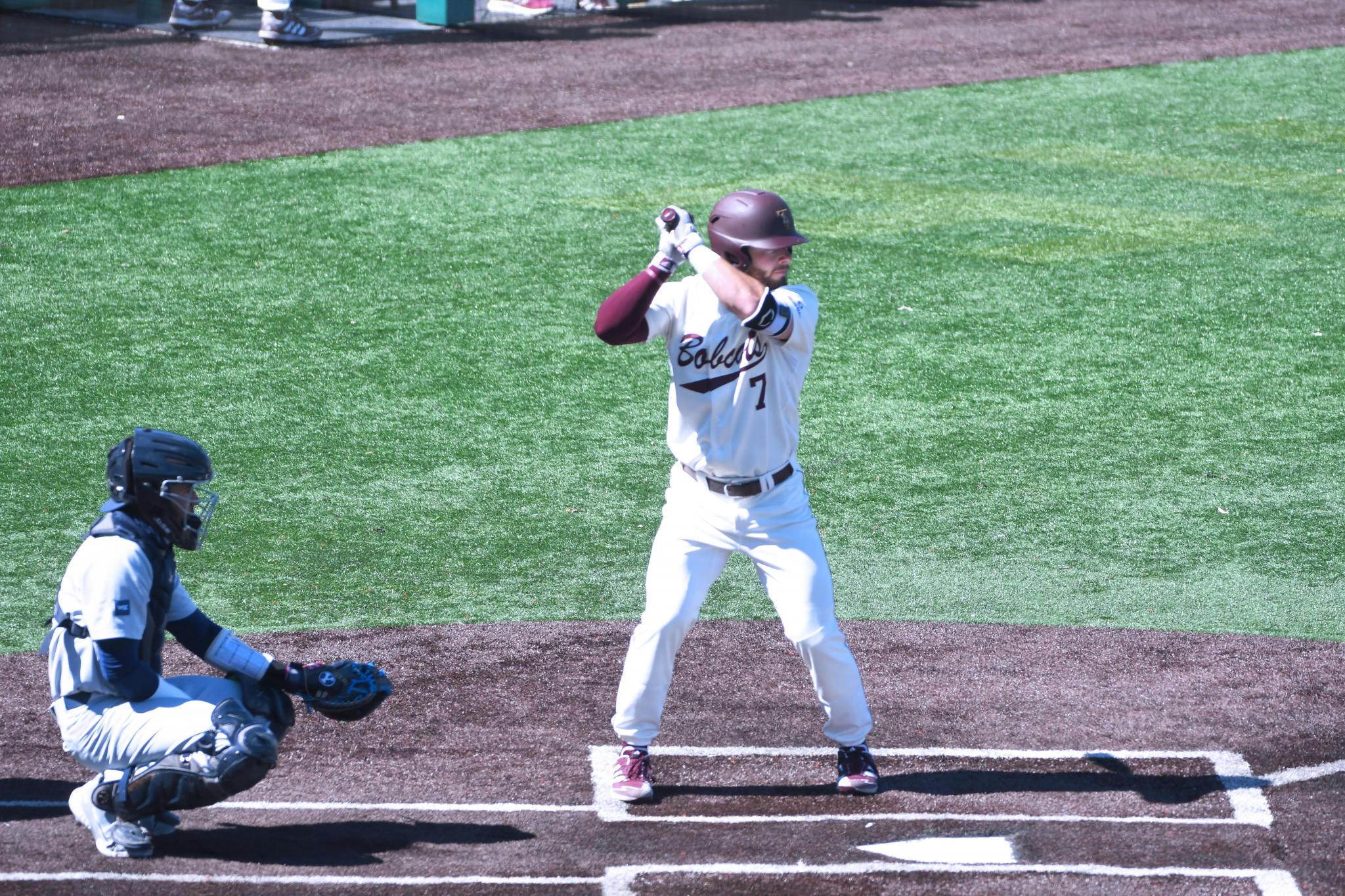 Bobcats bounce Ragin’ Cajuns on the road for series win

Texas State moved into a three-way tie for second place in the Sun Belt West Division after winning its three-game road series with Louisiana over the weekend.

The Bobcats fell behind early in Friday’s series-opener in Lafayette, La., against the Ragin’ Cajuns, trailing 2-1 at the end of the second inning. But the maroon and gold stormed in front in the top of the fifth, unloading an eight-run frame.

Senior first baseman Cole Coffey struck out swinging to lead the inning off and senior centerfielder Chase Evans flew out to center in the next at-bat. But the visitors collected nine consecutive hits, including a three-RBI home run from junior right fielder John Wuthrich, scoring all eight runs with two outs and taking a 9-2 lead.

Louisiana added one more score in the bottom of the seventh, but didn’t bring anyone else home, suffering a 9-3 loss. Texas State senior right-handed pitcher Zachary Leigh (4-5) earned the win, striking out four and allowing seven hits, one walk and three runs in 7.0 innings of work.

The Ragin’ Cajuns came back Saturday with a vengeance, though. The Bobcats were shut out by the hosts, 9-0. Evans and junior third baseman Justin Thompson combined to go 5-8 at the plate on the day, but no other maroon and gold player connected for a base hit.

Texas State got back on the board in the first inning of Sunday’s game on an RBI double to right field from junior shortstop Dalton Shuffield. Louisiana tied the game with a run in the bottom of the third, but the visitors took the lead back in the top of the fourth with a pair of runs — a double down the left field line from graduate designated hitter Bryce Bonner that scored Shuffield and a single from Coffey in the next at-bat that scored Bonner.

Coffey added another RBI single two frames later and a sacrifice fly from Wuthrich allowed Coffey to reach home later in the sixth to put the Bobcats up, 5-1. The Ragin’ Cajuns cut into the lead with a run in the bottom of the sixth, but senior left fielder Will Hollis tacked on an insurance run in the seventh with a solo homer to right field, sealing the 6-2 victory and the series.