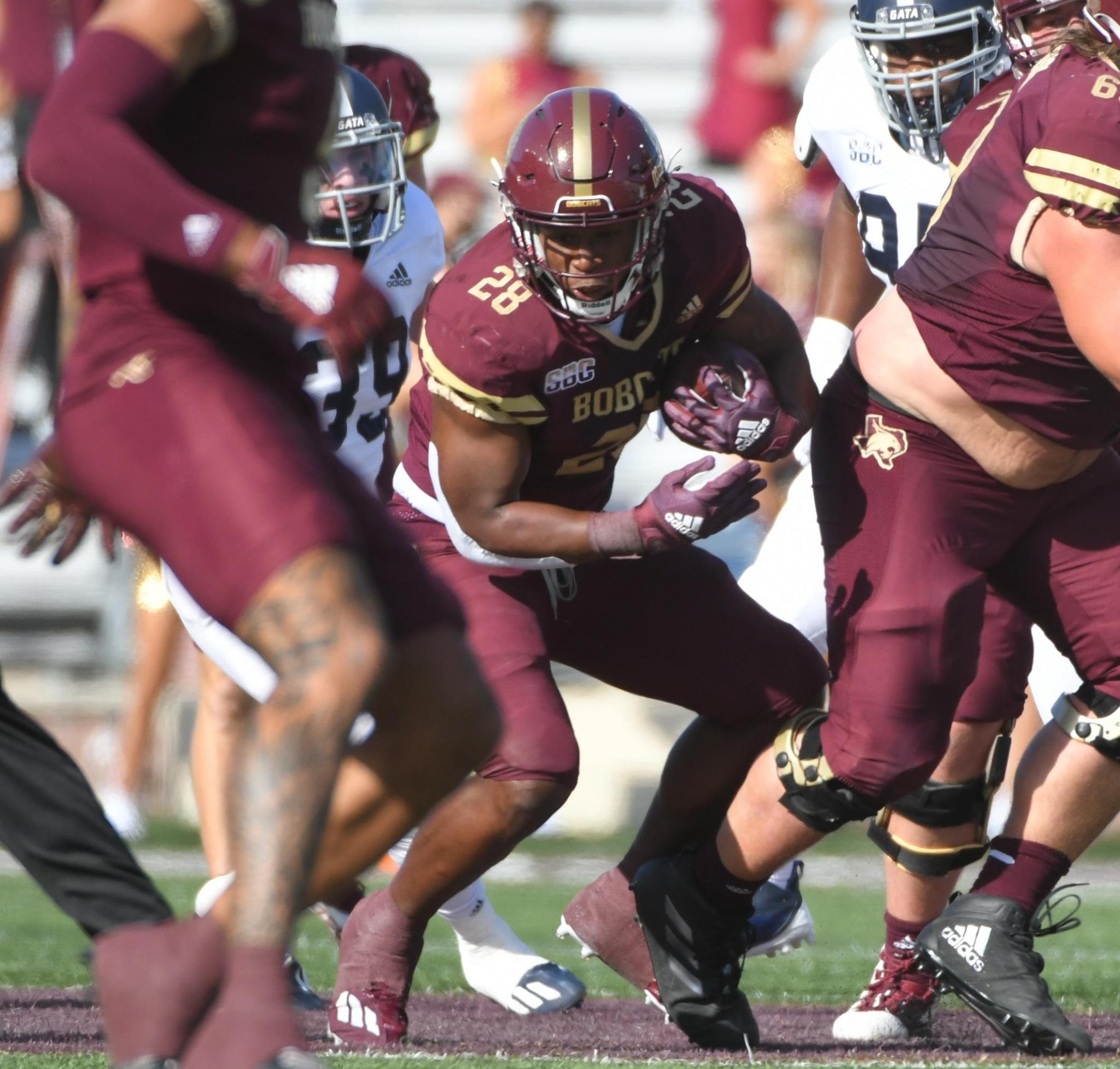 Coastal Carolina had much more to play for than Texas State on Saturday. The reigning Sun Belt co-champion was still contending to win the conference’s East Division and make a return trip to the championship game. It was also the Chanticleers’ last home game of the regular season and some of their seniors’ last contest at Brooks Stadium in Conway, S.C.

The Bobcats, meanwhile, were coming off a Senior Day loss to Georgia Southern — the worst team in the East Division — that knocked them out of bowl eligibility. And when they played the league’s other co-champion, Louisiana, earlier this year, they suffered their first shutout since 2002, 45-0.

But Texas State refused to accept its fate as a massive underdog. The players’ heart and fight that head coach Jake Spavital regularly applauds still appeared, even given their circumstances. And for a brief moment, the team appeared to have Coastal Carolina in real trouble.

The Bobcats lost to the Chanticleers, 35-21, but proved they are not a team to be looked past.

The maroon and gold offense struggled to get going at the start of the game, picking up just one first down during its first three drives. The defense did as best it could to keep the hosts off the board, holding CCU out of the end zone on a four-play goal-line stand. With 6:07 left to play in the second quarter, the visitors only trailed 14-0.

Texas State found traction in the run game on the next drive. Senior quarterback Tyler Vitt and sophomore running back Jahmyl Jeter combined to gain 40 yards on six carries that helped move the ball down to the Chanticleers’ 32. Vitt completed a 28-yard pass to sophomore wide receiver Ashtyn Hawkins to set the offense up with 1st and Goal and Jeter scored two plays later from the 1-yard line to cut the lead in half.

Coastal Carolina (9-2, 5-2 Sun Belt) countered with a 10-play drive that moved the team down to the Bobcats’ 31. But a 48-yard field goal attempt fell short, resulting in a turnover on downs with 23 seconds left in the half.

Redshirt freshman running back Calvin Hill took two carries for 15 yards before an incomplete pass by Vitt stopped the clock with four seconds remaining. Hill received one more handoff and broke free for a 54-yard touchdown that tied the game at 14-14 heading into halftime.

The Bobcats had a chance to ride the momentum and take their first lead after receiving the opening kickoff of the third quarter. But CCU held them to a three-and-out, then scored in four plays on a 52-yard touchdown pass from redshirt sophomore quarterback Grayson McCall to fifth-year senior wideout Kameron Brown with the next possession to retake the lead.

The visitors kept fighting. A long pass by Vitt was tipped by a Chanticleers defensive back and snagged by junior wide receiver Marcell Barbee, who reached the end zone for a 38-yard score and knotted the game up again at 21-21. But Texas State struggled to contain McCall, who threw for two more touchdowns and finished the game completing 22-of-28 passes for 319 yards and 5 TDs. The maroon and gold were forced to punt on their next three drives and ended the game with a turnover on downs, resulting in the 35-21 loss.

Vitt completed 13-of-26 passes for 106 yards and a touchdown — five different players caught two passes from the quarterback. Hill led the backfield with 100 yards and a TD on 12 carries, followed by Jeter with 42 yards and a score on 11 rushes.

The Bobcats still have a chance to produce the program's best record in seven years heading into the final week of the season. Texas State (3-8, 2-5) travels to play Arkansas State (2-8, 1-5) in Jonesboro, Ark., on Saturday at 1 p.m.