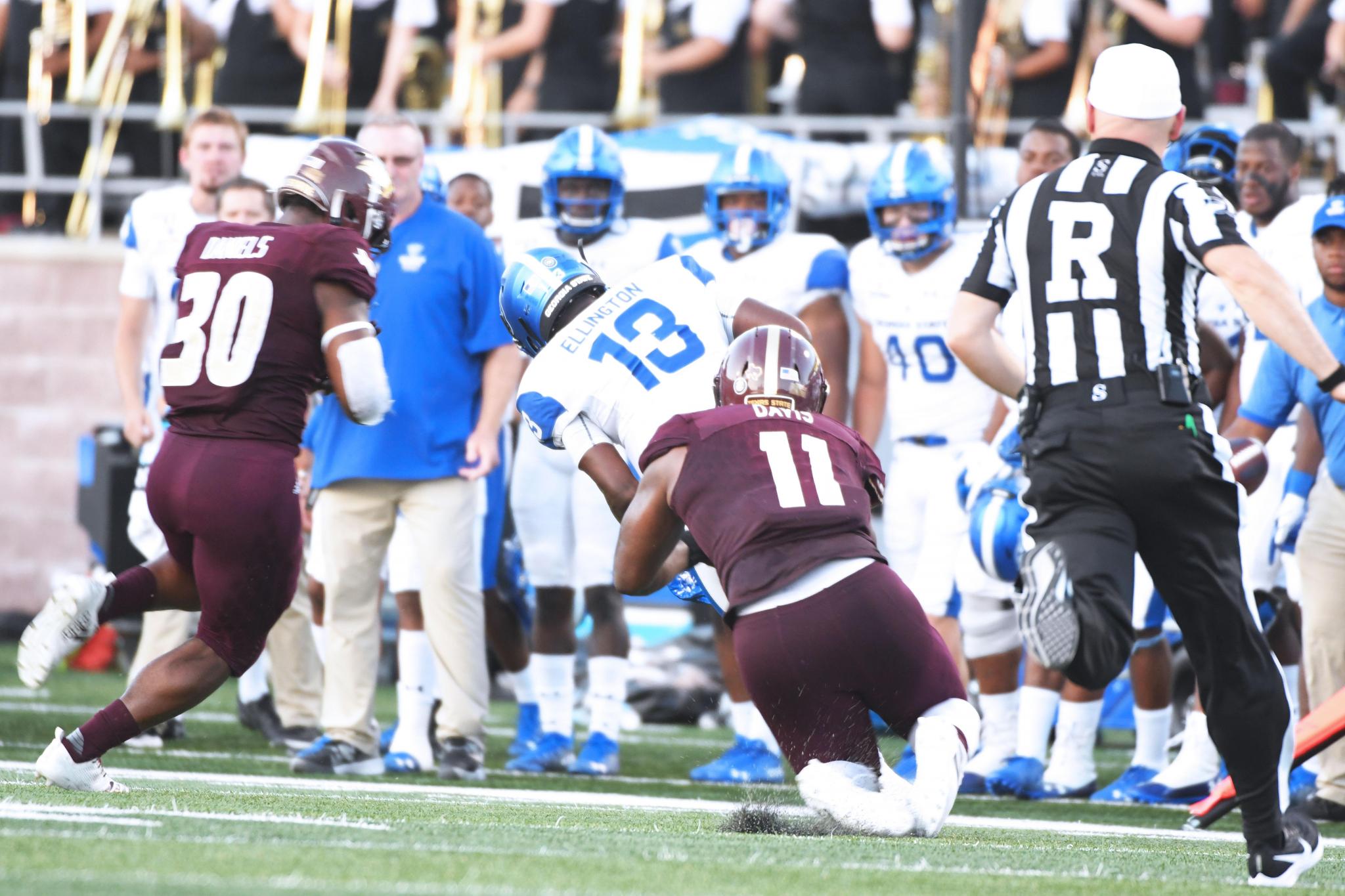 Bobcats, Colonels bring back Battle for the Paddle

Jake Spavital asked his players to raise their hand if they had heard of the Battle for the Paddle. Nobody did.

The head coach was referring to the trophy game established between Texas State and Nicholls State when the Bobcats still played in the Southland Conference. Athletic directors and coaches chose to postpone the game between the two teams on Nov. 28, 1998, after San Marcos was hit with heavy storms. They joked that it rained so much that fans would have to row their way to Bobcat Stadium in a boat.

“I’ve had a lot of former alumni reach out and talk about the importance of this game and how chippy these games have been in the past,” Spavital said. “I liked that. I like kind of renewing a rivalry and I think it’s gonna give us something to play for.”

The Bobcats (1-3, 1-0 Sun Belt) enter this week coming off their best rushing game of the season. After averaging 24 yards per game on the ground through the first three weeks of the season — the worst number in the NCAA — the team exploded for 221 yards and three touchdowns on 50 carries against Georgia State on Sept. 21.

Spavital and offensive coordinator Bob Stitt said the offensive line did a better job of establishing the line of scrimmage, which led to easier run paths for the running backs. Junior tailback Caleb Twyford led the team with 137 yards on 27 carries.

“I think keeping the scheme simple to where they know what what they’re doing (helped us),” Stitt said. “And then once you have some success, and you get some first downs, you can you get (the defense) gassed a little bit. And then once the defensive line can’t sub and we get them on their heels a little bit, it’ll continue to grow and snowball and you continue to have more success.”

Texas State also continued its strong streak of bend-don’t-break defense. The Bobcats have allowed the most trips to the red zone in the NCAA with 25, but only allow opponents to score inside the 20-yard line 76 percent of the time, the 47th-lowest mark in the nation.

Nearly a third of the scoring trips also end in a field goal, including the last drive of regulation time against the Panthers. Senior defensive lineman Ishmael Davis brought down Georgia State sophomore running back Destin Coates for a 1-yard loss on 2nd and goal at the Texas State 3 in the fourth quarter. The visitors were forced to spike the ball with one second left on the clock and kick a 20-yard field goal to tie the game, 27-27.

“Down in that area, you have to take some risks. And those risks have paid off a little bit,” defensive coordinator Zac Spavital said. “(The players) take a lot of pride when it gets backed up. The don’t want (the other team) scoring touchdowns. Our goal is for a field goal once the cross inside that 30. And we’ve done a good part of it.”

Nicholls State (2-1, 1-0 Southland) plays in the Football Championship Subdivision (FCS), but still pose a major threat for Texas State. The Colonels were ranked ninth in the FCS in this week’s American Football Coaches Association Coaches Poll. The team is allowing 191.3 rushing yards per game and has only failed to score inside the red zone once all season.

The schools won’t be playing for the original Paddle Trophy. Nicholls State declined to bring it the last time the teams matched up on Oct. 1, 2011, in San Marcos. The-Colonels head coach Charlie Stubbs felt the Bobcats held an unfair advantage as a team transitioning to the Football Bowl Subdivision (FBS), affording Texas State a higher amount of scholarships to offer.

None of the Bobcats may have known what the Battle for the Paddle was before Jake Spavital brought it up. But now that they do, they’re ready to take the trophy.

“We’re playing for the Paddle,” Spavital said. “They’re pretty fired up for it. So I know this game means a lot to our university and our former alumni … I think these kids are ready to try to keep a win streak going. So our goal this week is to be 2-0.”