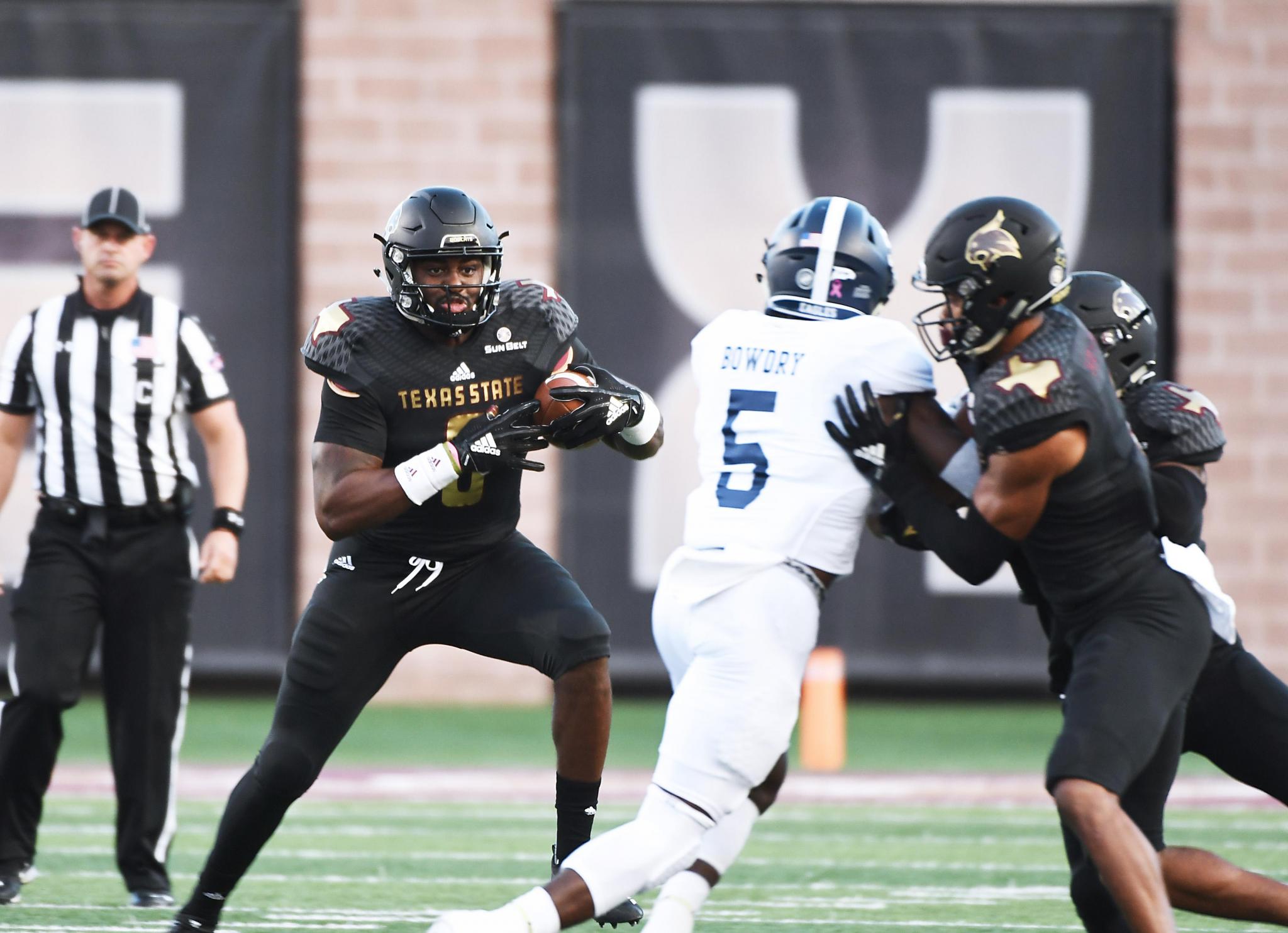 After two back-to-back 2-10 seasons, year three under head coach Everett Withers was supposed to be a season where progress was evident at Texas State.

Withers decided on a complete rebuild in his first season and the Bobcats didn’t look competitive through most of the season. Year two, Texas State showed some improvement but it ultimately didn’t show on the scoreboard.

Now, in year three, Texas State has still struggled to pick up much-needed wins. The Bobcats have been close this season. But close only matters in hand grenades and horseshoes, Withers said following Thursday’s 15-13 loss to Georgia Southern.

“The hardest thing about when you take something over that you blow up and start over is when do you get over the hump, and that’s kind of where we are right now,” Withers said. “We’re kind of stuck trying to get over that hump. I think it’s coming soon. I hope next week. But I think it’s as frustrating now as it was year one when we didn’t have a chance to win. It’s as frustrating now as it was year one. Year one, it was just, ‘Go play hard, boys. Go play hard and maybe a ball will bounce your way.’ Now we’re talking about trying to win games.”

Texas State’s defense has showed growth this season. The Bobcat run defense struggled against Louisiana on Oct. 6 by allowing 397 rushing yards and four touchdowns. But that’s an aberration. Texas State only allowed 135.8 yards in its other five games this season. Meanwhile, the Bobcat pass defense, which was among the worst in the nation in 2017, has only allowed 199 yards per game this year.

“For us (on defense), we just always kind of expect for the worst (on offense),” junior safety JaShon Waddy said. “Like, we hope for the best, but obviously we expect for the worst and when we do get in those bad situations we know we got to keep coming and keep fighting try to give (our offense) a push as much as we can.”

It’s the Bobcat offense that has been woeful this season. Texas State hasn’t been able to run the ball effectively all year. The Bobcats only average 131.7 yards per game. Texas State possesses the second worst rushing game in the Sun Belt.

On those quarterbacks, Texas State flip-flopped from the beginning of the season. Sophomore Willie Jones III was named the starter for week one against Rutgers and held the job until he was injured against UTSA on Sept. 22. Although Jones was available for the following game against Louisiana, freshman Tyler Vitt made the start against Louisiana. Vitt threw for 296 yards and three touchdowns in his first career start.

But he struggled Thursday against Georgia Southern and Jones was inserted to spark the offense. Neither quarterback truly shined against the Eagles and now Texas State has to figure out which guy it wants behind center.

As Texas State heads into the second half of the 2018 campaign, the Bobcats feel they’re close to getting those elusive wins.

“We’ve got to learn from our mistakes when we lose,” graduate senior tight end Keenen Brown said. “So, I mean, it also hurts at the end of the day because no one likes losing. It’s just a good teaching lesson. Go through the film and see what we can do better and then fix our mistakes. We can’t do the same mistakes twice.”

Texas State looks to avoid another loss when it travels to take on Louisiana-Monroe on Oct. 20.

The Bobcats will try to get over that hump they’ve so desperately wanted to get across.