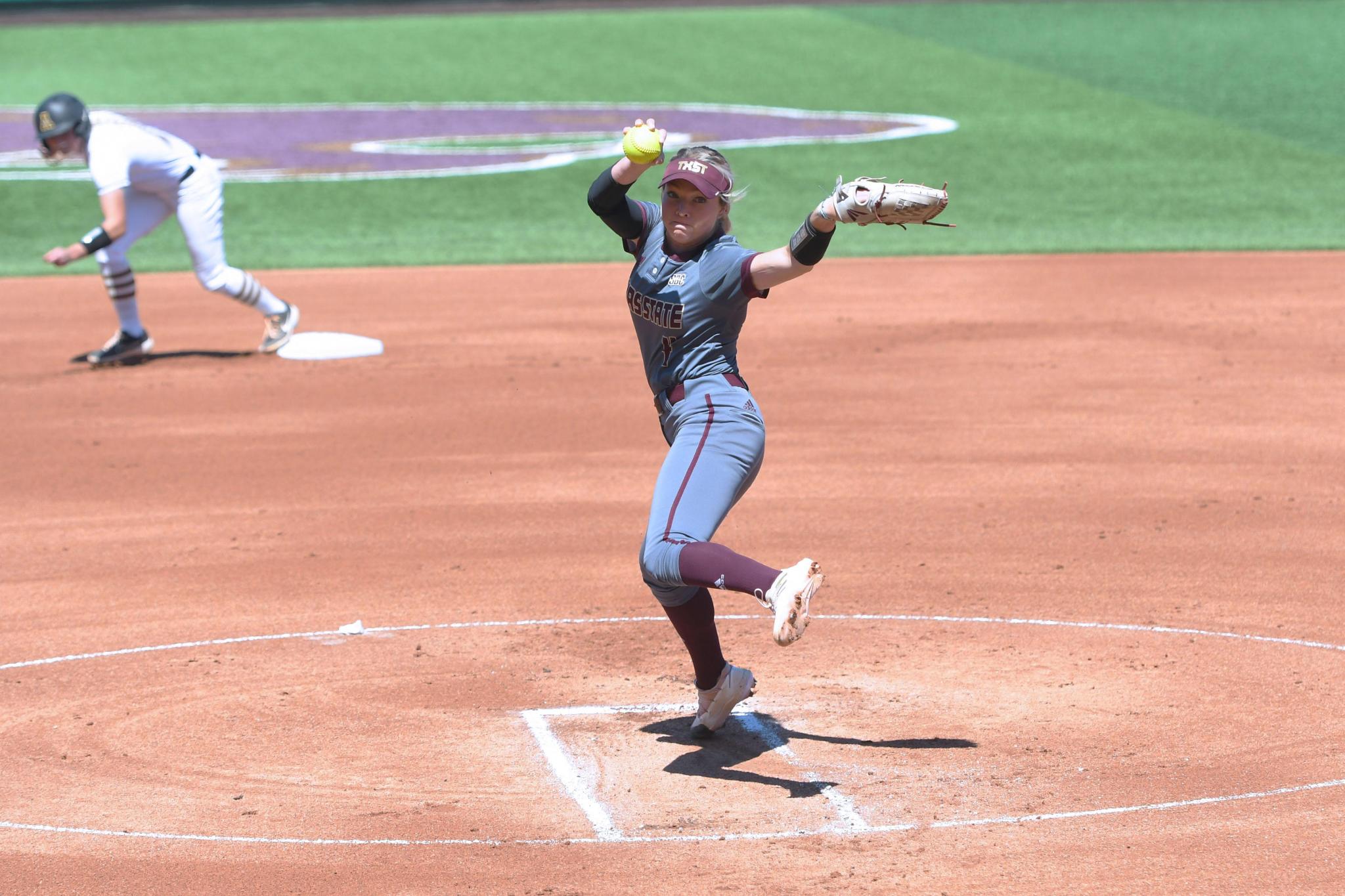 Texas State Softball took a series sweep over Coastal Carolina on the road this weekend.

The Bobcats’ offense came on late in the first game of the series. After the Chanticleers (12-17, 1-8 Sun Belt) took a 1-0 lead in the bottom of the fourth, the visitors responded in the next frame, scoring senior Cat Crenek on an error. A two-RBI home run by senior Caitlyn Rogers sparked a five-run, six-hit inning for the maroon and gold in the top of the sixth, taking their first lead of the game. The hosts got a run back in the bottom of the sixth, but Texas State added two insurance runs in the seventh to take the 8-2 win.

The offensive explosion carried over the next day as the team shut Coastal Carolina out for a 9-0 victory. The Bobcats batted 8-28 as a team and took advantage of their speed when they got runners on — four different players stole a base during the game. Freshman outfielder Ciara Trahan reached the dish three times while also driving in a run. Sophomore Hannah Earls crossed home twice and collected two RBIs.

“I liked our aggressiveness and the way we swung the bats and hit the ball back up the middle of the field today,” Woodard stated. “I thought we did a great job of staying behind the ball all day today.

“The biggest goal for us with (our runners) is to get them on the basepaths, because I feel like when they get on the basepaths, we can be dangerous. But I thought they did a great job of adjusting their plans today and working through the middle of the field and sending pitches back to spots that were left open for them.”

With the series already clinched, the maroon and gold’s goal was to earn the sweep on Sunday. The Chanticleers jumped in front twice, scoring two runs in the first, which was answered by two runs in the second by Texas State, and adding another two in the third to go up 4-2. The visitors responded by loading the bases in the fourth with one out. An RBI single by junior Sara Vanderford brought in one score. A base hit by Rogers brought in another and an error by the hosts allowed two more runners to cross the plate. Sophomore Anna Jones drove in one more, making it a 7-4 lead for the Bobcats.

CCU tied the game in the bottom of the sixth with a three-run inning. Jones led off the seventh with a double and senior Kylie George followed up with a base hit. Earls hit into a fielder’s choice, putting Jones out at home and George advancing to third base. Earls stole second, putting two runners in scoring position. A wild pitch allowed George to take home, Vanderford swung for an RBI single to bring in Earls and the team hung on to take the 9-7 victory.

“We definitely found a way,” Woodard stated. “We just kept on answering back. It would be nice to be the aggressors every now and then, but I felt like today was just a respond day and we did a great job of responding today.”

Sophomore ace Jessica Mullins started and received the win in all three outings, improving to 12-9. She pitched a total of 13.0 innings during the series, allowing a combined 13 hits, three walks and five earned runs while striking out 15.