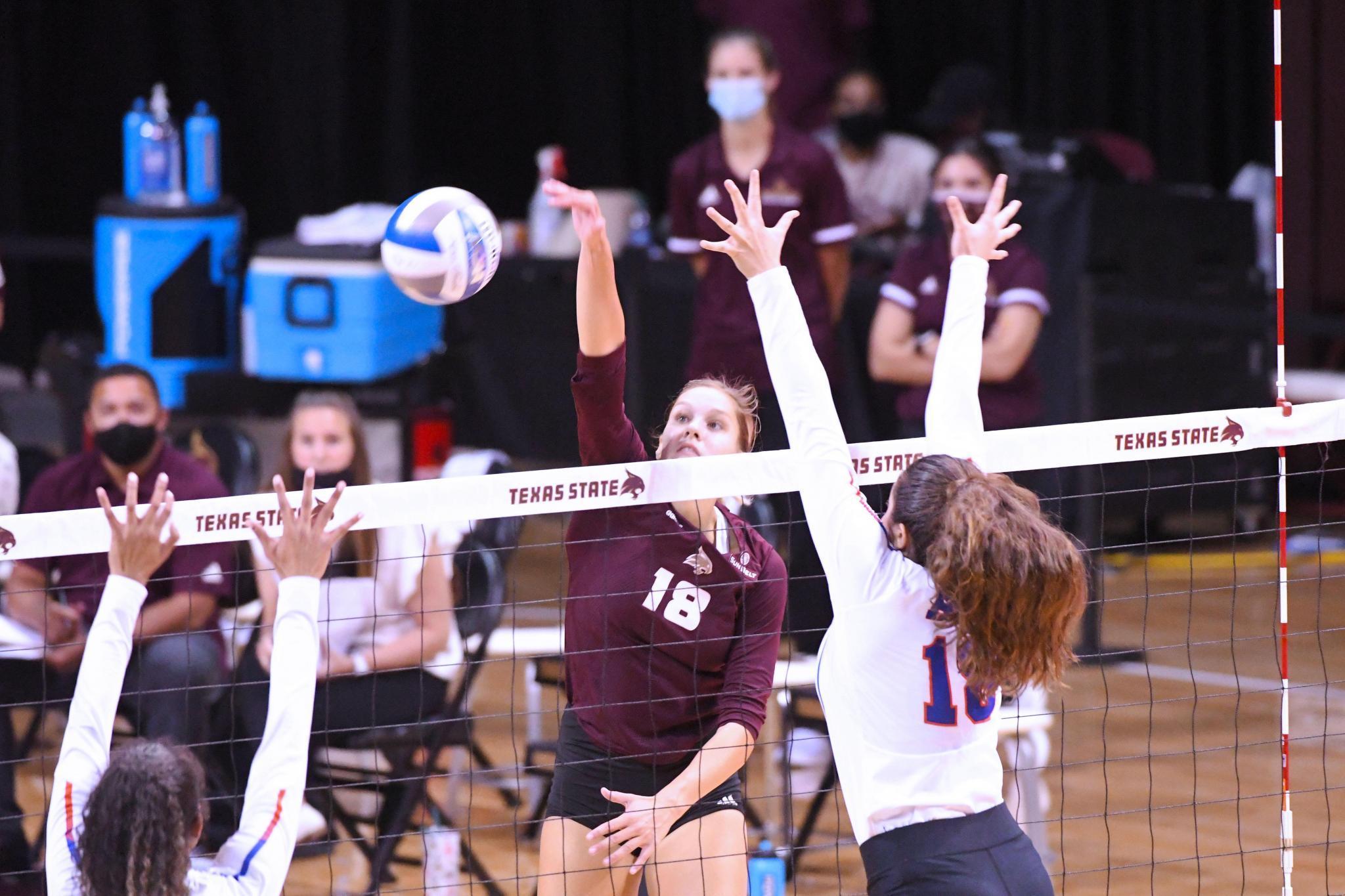 Bobcats down ACU in five sets

The Bobcats found energy in Friday’s match from redshirt-senior outside hitter Lauren Teske.

With Texas State (7-3) trailing the Wildcats, 12-4, midway through the second set, Huiet called upon Teske to enter the match. She went on to record back-to-back kills to cut the deficit. And while the Wildcats (3-7) tried to fend off the rally to take the set, the fire had been lit by the Schertz native.

As Abilene Christian held a four-point lead and needed only five more to close out the second set, Teske and the Bobcats went on a 9-2 scoring run to take a 2-0 set lead. Even when the Wildcats rallied to take the match’s third and fourth sets, everything Teske touched turned to gold.

“I thought Lauren Teske did a great job when she came in, so kudos to her. She did a really good job at the net with 12 kills and no errors on 18 attacks for a .706 (attack percentage), which is pretty big time,” Huiet said. “I thought she did her job when we needed her most. I thought Daleigh (Ellison) did a good job off the bench as well. Tessa, with her knees, we are trying to rest her as much as we can, but she also did a nice job of coming in and bringing some energy. We’ll learn from this and move on.”

Teske finished with a career-high .706 attack percentage to pair with her season-high 12 kills and zero attack errors on 17 total attacks. It was the first match for the redshirt-senior without an attack error on double-digit attacks since a three-set match against Miami (FL) on Sept. 10, 2021.

Texas State followed Friday’s win with a 3-0 loss to Alabama. The Bobcats took on TCU Saturday evening after press time.