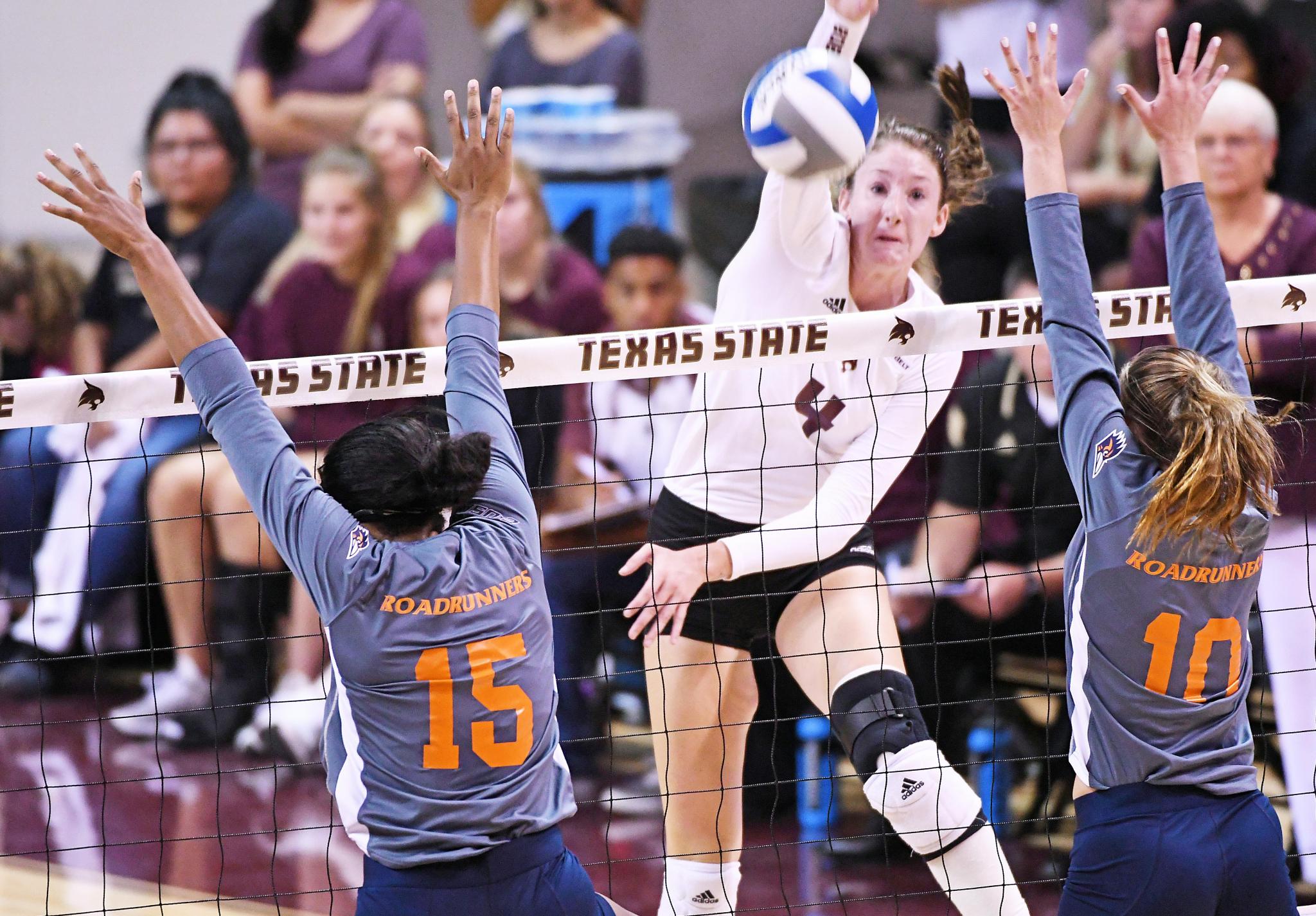 Bobcats down UTSA to pick up first win of 2018

After a disappointing weekend at the Baylor Invitational, where Texas State just couldn’t close out matches, the Bobcats turned to a drill to help them out of their funk.

“I was getting a little nervous there,” head coach Karen Chisum said. “You know, when it gets close, 20-20, I thought last weekend we weren’t able to do that. This week, we did run several drills. We have a drill called 22-22. You start at 22-22 but then we’ve got to finish the game. That was good. But again, when we can have four players in double digits, attacking, and hitting .236, I’m pretty pleased with that.”

“We definitely had Madison come in and lead the team,” said Huskey, who finished with 15 kills and 11 digs. “I mean, we needed the energy. We lost all energy in that second match and just didn’t know what to do ourselves. So, having that leader come in and take that role is what we needed at the time and we ran with it when we had to.”

Texas State opened Thursday’s match against its rival UTSA on a strong note. The Bobcats jumped out to a 1-0 lead in the first set and never relinquished their advantage. Texas State took the opening set, 25-17.

But the Roadrunners halted the Bobcats momentum by evening the match with a 25-20 win in the second set.

UTSA held control of third set with a 20-16 advantage. But Texas State used a 4-0 run to even the set. The Bobcats closed out the set with a 25-21 victory and grabbed a 2-1 match advantage.

The fourth set proved to be a back-and-forth affair with neither team holding a lead larger than three. With the set tied at 20-20, Texas State closed out the match with a 25-23 win to secure their first victory of the season.

“It couldn’t be more perfect,” Daigle said. “We had a lot of fan support. We were just ready to win.”