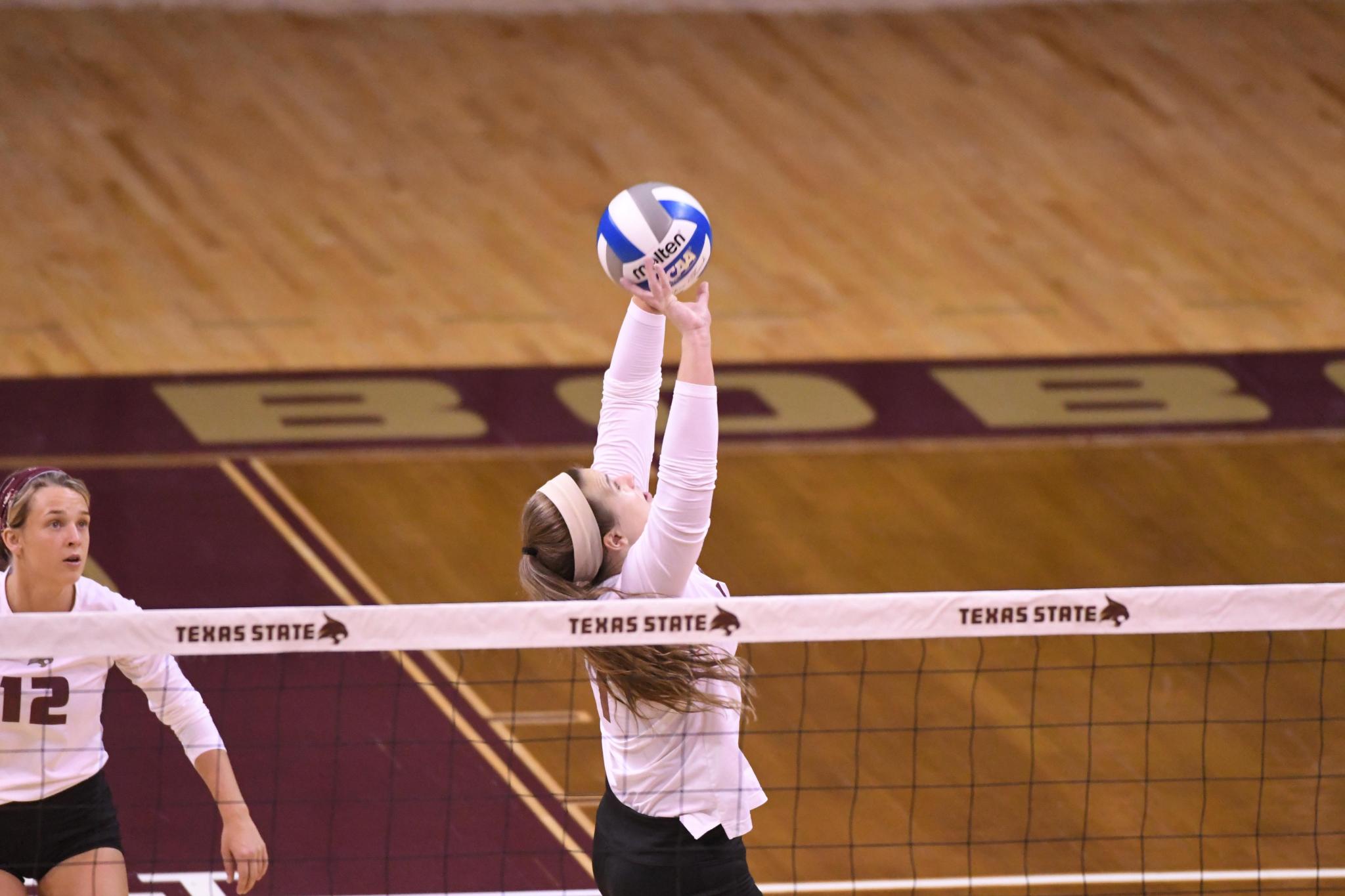 Texas State head coach Sean Huiet told his team not to look at Little Rock’s record. The Trojans, despite only winning one match this season, were not to be overlooked.

“We talked to the team about we did what we want to do this weekend. You know, we want to win all three matches. I think Little Rock is a very good team,” Huiet said. “They're very scrappy, they make you work very hard and I think they're going to be really good down the road. So I'm happy to get out of here with three wins this weekend.”

Texas State (13-1, 8-0 Sun Belt) saw the continuation of strong play out of Kenedi Rutherford. The junior outside hitter posted two 11-kill performances in last week’s series at Louisiana and followed it up with a career-high 15 kills in the Bobcats’ first match against Little Rock (1-10, 1-9) and another 12 kills in the last match of the weekend.

“I think she comes in, she brought a lot of confidence onto the court when she stepped on the first time, I guess, last weekend against Louisiana,” DeWalt said. “And so she just brings a lot of energy and something new and is able to move inside-out a little bit more.”

DeWalt had a big weekend in her own right. Early in the third set of the team’s second match on Friday, DeWalt dished a pass up to senior middle blocker Tyeranee Scott, who pounded it for a kill. It was the Helotes native’s 36th of the night, 545th of the season and 3,011 of her career, pushing her past former Texas State setter Erin Hoppe (2015-17) for fifth-most in program history.

Texas State will look to extend its 11-match winning streak at UT Arlington (8-1, 8-1) next weekend in a two-game series, beginning with a match on Friday at 6 p.m. and ending with another on Saturday at 1 p.m.

Huiet said the team will review film and continue to make improvements heading into the matchup. He wants to see “the same team” that’s on a mission to win its third consecutive Sun Belt title in each of the Bobcats’ matches.

“We talk a lot in the locker room about the difference between confident and being cocky. And we want to be confident, we want to believe in what we're doing, but we don't want to get cocky with it. We know every night we're gonna get every team's best, they want to knock us off. And so, we try to maintain that focus,” Huiet said. “ If we can be the same team, we're going to keep producing the same stuff we are. So we work really hard on that and talk a lot about the difference of being cocky and confident.”