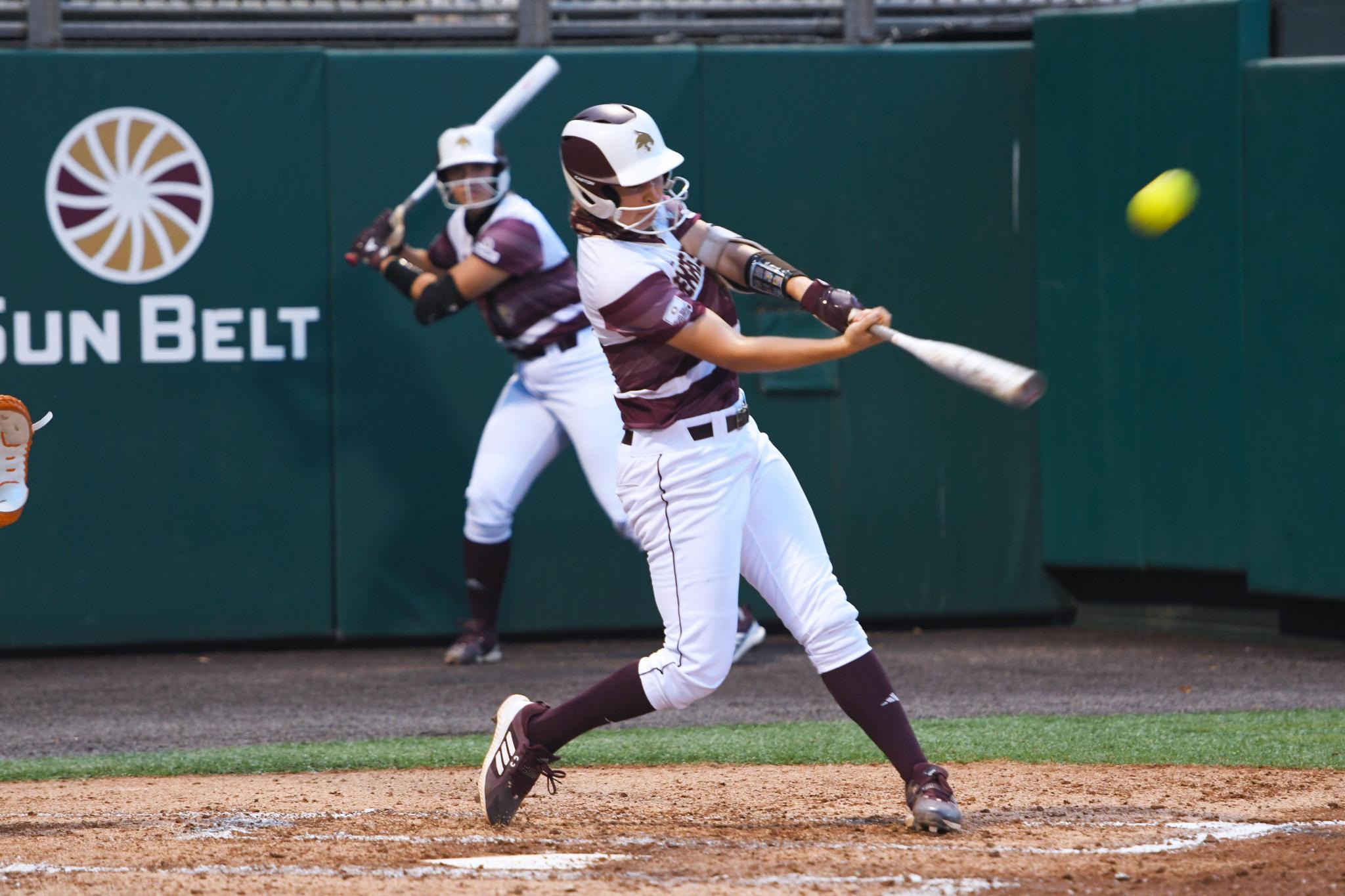 The Bobcats are currently on a seven-game winning streak after sweeping all four of last week’s games. The team earned home victories over Sam Houston State on Tuesday, 6-0, BYU on Wednesday, 2-1 and UTSA on Friday, 5-0, and ended the week with a 8-1 road win over the Roadrunners on Saturday.

“We’re just trying to focus on doing our job, it doesn’t matter who’s in the other dugout,” senior first baseman Hailey MacKay said Friday. “We know that if we show up and we take care of the little things that we could be really good this year, so just trying to stay focused and play one pitch at a time.”

The Bobcats’ pitching staff looked sharp all week, giving up just two runs during the four games. Woodard was especially impressed Texas State’s performance in the circle against the Cougars on Wednesday.

“As I just told them that was a great game, experience-wise,” Woodard said. “Just was, you know, the reason that I wanted to have BYU come in, because I knew it would be a battle for us either way. I thought it might be a little bit more high-scoring, but you know, obviously, both pitchers on both sides, all the way around, pitching was the ball game tonight. And I thought everybody did a good job on both sides of the ball pitching-wise.”

The maroon and gold went with the same pitching strategy on Friday against UTSA, starting McCann and bringing in Mullins in the top of the fourth, though junior RHP Meagan King closed the final frame this time. The pitchers allowed just three runners on base and got much more run support.

Junior shortstop Tara Oltmann and MacKay both swung for two-RBI singles in third and fifth innings, respectively, to go up 4-0. Sophomore catcher Cat Crenek led off the sixth inning with a double to left centerfield and freshman second baseman Sara Vanderford singled up the middle in the next at-bat to send Crenek home, adding an insurance run in the 5-0 win.

“It’s a lot of fun right now,” MacKay said. “We love being out here together and we know that, especially with Coronavirus right now, time is limited with each other. So we just try to make the most of it while we’re here when we can.”

The Bobcats (14-3) announced some adjustments to their schedule on Monday. Texas State was supposed to play in a series at Georgia State (12-8) on Tuesday and Wednesday to begin Sun Belt competition, but it was pushed back to March 23-24. In turn, the team’s road matchup with Texas (15-2) originally scheduled for March 24 will now be played at a later date.

Instead, the maroon and gold will host Texas A&M-Corpus Christi (9-10) on Tuesday at 1 p.m. inside Bobcat Ballpark. A win would be the 700th of Woodard’s career. The head coach hopes the team can keep up its consistency.

“we’re playing good defense, we’re swinging the bats well enough. I think the only place we need to do a better job of is on the bases and that’s one of things we just talked about. And so, one of the things we wanted to do early in the season was be aggressive. And so now we’re going to change that a little bit and go back to probably letting me do most of the base attacking instead of them making the calls on their own.”